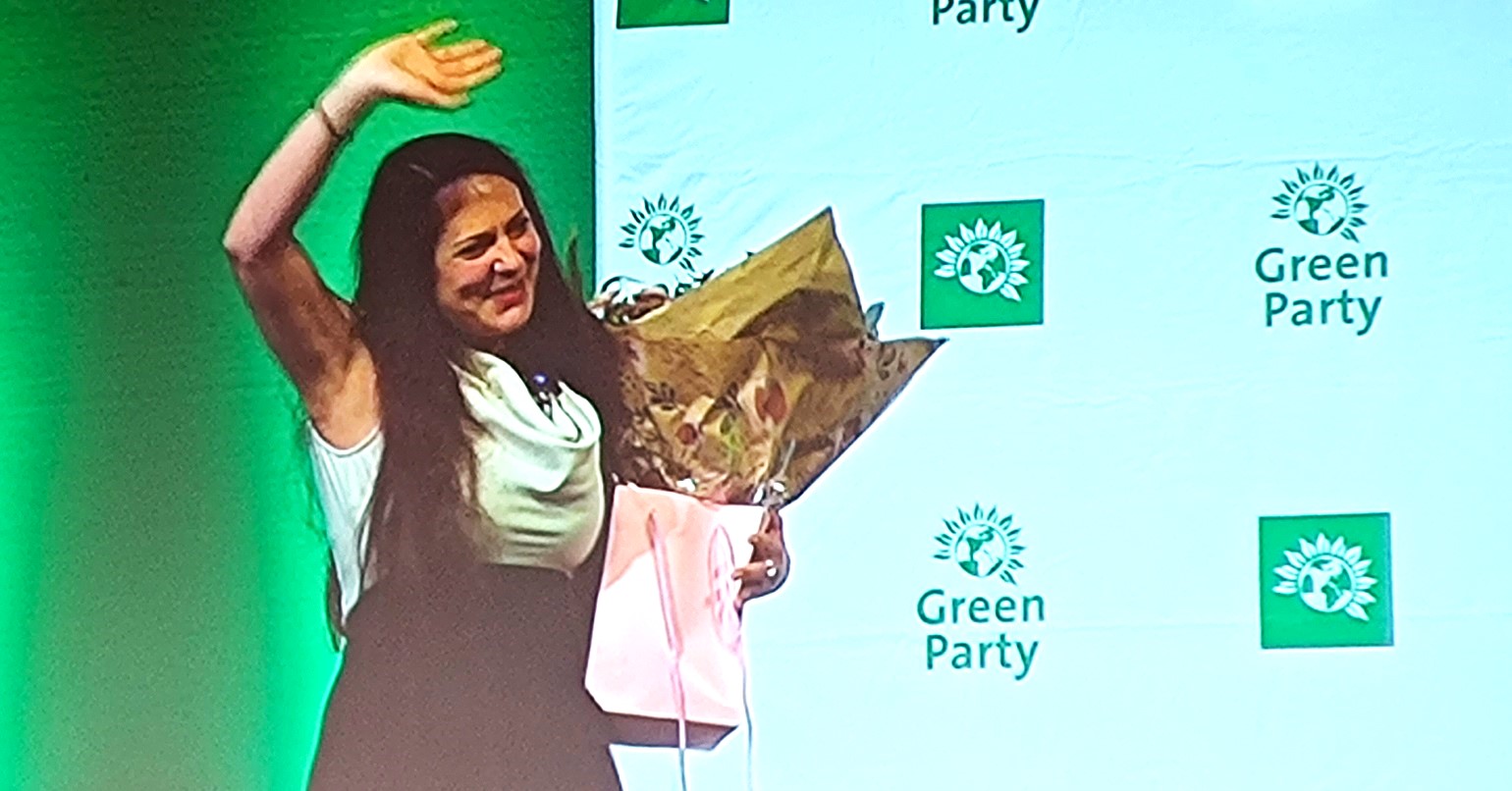 Amelia Womack delivered her final keynote speech at the Green Party of England and Wales conference today, having not sough re-election as deputy leader of the party. The speech marks the end of eight years of her time in the role, and was met with rapturous applause from party members.

Womack used her speech to reflect on how the party has changed since she was first elected in 2014. Over the time of Womack’s deputy leadership, the party has not only significantly increased its representation on local councils, but also received its highest ever vote share in the 2015 general election, and achieved record-breaking results in the 2019 European elections. Speaking to the conference, she said, “In just a few years, we have gone from a small party with a few thousand members to a mass movement of tens of thousands – from being ignored by the establishment to becoming a voice of authority not just on climate change but on social justice too, to almost quadrupling our councillors to the powerful team of 558 councillors representing their communities across the country.”

Womack didn’t just use her speech to look back on the past eight years. She also set out the Greens’ policy platform and why she deems it key to tackling the issues the country is currently facing. She told the conference, “This country is crying out for the kind of policies we offer. The majority of voters support nationalisation – including Conservative voters. People are sick of paying rip-off energy prices for their money to land in the pockets of wealthy shareholders. They want action on inequality, on the climate, on our neglected NHS.”

“In the Green Party, our strength has always been that we don’t shy away from offering bold solutions. We say what the other parties are too timid to say. We stick to our principles when others chase public opinion. And voters know that. But as we know, the victory of our ideas cannot be taken for granted. We have to be brave. We have to be loud. And we have to build from the grassroots up.”

“But most of all, conference, I want to hand over to you. This is the moment to get the Green message out there. To make our voices heard on the doorsteps, at rallies, in council chambers and in the media.

“Your passion and your work has got us this far. But I know there’s so much more we can achieve. It’s been a pleasure and a privilege to do this work alongside you. Now – over to you.”

In his speech the previous day at the conference, Polanski accused the Labour leader Keir Starmer of supporting a “broken status quo” for refusing to commit to including electoral reform in the party’s next general election manifesto.

Green Party members are meeting in Harrogate for their biannual conference this weekend. Among the policies members have already voted for are a commitment to repealing anti-trade union laws and supporting the current wave of strikes.

This article has been published jointly with Left Foot Forward