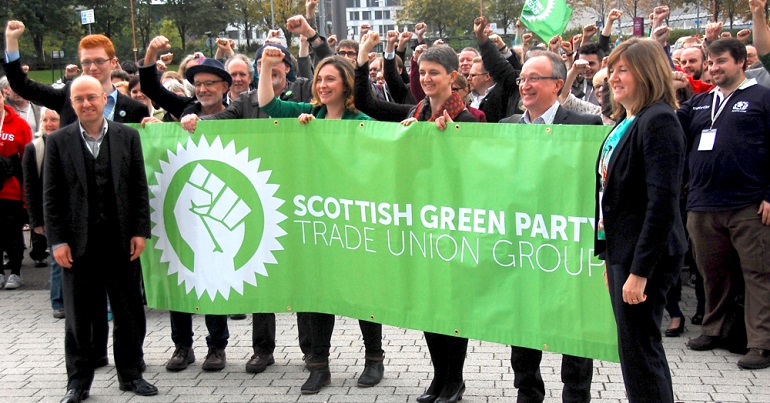 The impacts of climate breakdown are becoming more apparent every year. In the last few months alone we have witnessed heatwaves, drought, and floods. These extreme weather events have devastated communities, directly in places such as Pakistan, and indirectly closer to home, with rising food prices. Bold action is needed for our species to survive and thrive beyond this century.

We know what needs to be done, but too often vested interests seek to delay or subvert the action required. If we allow politicians, focused on their own ambitions, and corporations, concerned only with their profits, to control the transition, we’ll end up with more of the same. Luckily, Greens have an ally on our journey: the trade union movement. If we’re serious about achieving social justice for all, we need to stand shoulder to shoulder with the workers who’ve been fighting for it.

For over 150 years, trade unionists have known that corporations and bosses don’t care one bit about the value of our lives or our environment. We’re all just numbers on a balance sheet to them. But when we organise, or withdraw our labour, we smack them upside the head with reality. As RMT’s senior assistant general secretary, Eddie Dempsey, said: “There isn’t a train that moves in this country, not a bin gets emptied, or a shelf that gets stacked without the kind, generous permission of the working class.”

Whether it be a living wage, health and safety regulations, limits on working hours, paid holidays, parental leave, and much more – trade unionists have written the text book on how to fight for the core Green values of social, economic and environmental justice. They understand that our lives and our work should have value and dignity.

Sir Keir Starmer’s Labour Party will never understand or appreciate that. They’ve shown it in all their recent actions, such as when their leader, a knight of the realm, sacked then-Shadow Transport Minister, Sam Tarry, for joining his RMT workers on a picket line. They’ve shown it when they wouldn’t allow the motion for a Green New Deal to reach their party conference floor – instead presenting the so-called ‘Great British Energy’. This hollowed out energy company wouldn’t even act as a supplier and would likely fall under the influence of the powerful nuclear lobby. Environmentalists and trade unionists alike have too often been let down by a Labour Party not worthy of the name.

When workers and environmentalists join together, the results are truly powerful. Look at the work of Judi Bari, who built a powerful coalition between Earth First activists and the IWW timber workers. Chico Mendes played a leading role in the creation of Brazil’s National Council of Rubber Tappers, bringing together trade unionists and environmentalists in the protection of local livelihoods and the Amazon rainforest.

Our party has been strengthening our ties with the trade union movement every year in our thirty year history. During a global pandemic the Scottish Greens backed calls from Unite to extend its job retention scheme to support hospitality workers. We have stood alongside RMT workers on picket lines to fight for better pay and conditions, while advocating for moving Scottish rail entirely into the hands of the public. This summer we’ve been inspired by the CWU workers who are up at the crack of dawn to push against exploitation and privatisation in Royal Mail, and this coming week members will be given a further chance to make clear our commitment to workers’ rights as conference votes on a motion to give late-night hospitality staff – some of the most marginalised and at risk in the country – free transport home at the end their shifts.

Scottish Greens have workers at the core of everything we do, from piloting the four-day working week to our commitment to introduce rent controls. Because we, the workers, know that from Aberdeen to Glasgow, the Borders to Shetland, we have built everything under the sun.

Greens have won the argument on climate change. Together with trade unions, we can also win a better future for all.

Guy Ingerson is a member of Unite the Union, a former council and parliamentary candidate, and co-convenor of the Aberdeen and Aberdeenshire Greens. (@guy_ingerson) 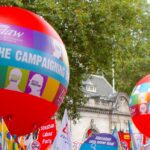