201st Decade Technology Part 1 – How to Power the Planet

As my inaugural, and hopefully not last, contribution to Bright Green, it was suggested I write up a list of the ten most important inventions of the first decade of the 3rd millennium. It sounded like a good idea; after all, as Engels said:

“in every society that has appeared in history, the manner in which wealth is distributed and society divided into classes or orders is dependent upon what is produced, how it is produced, and how the products are exchanged. From this point of view, the final causes of all social changes and political revolutions are to be sought, not in men’s brains, not in men’s better insights into eternal truth and justice, but in changes in the modes of production and exchange.”

But sitting down to write this I struggled to come up with a definitive list of ten inventions, and there’s always far too many best of lists of ten items at the turn of the year. So starting today and with another two parts on Thursday and Friday, here’s a random selection of inventions, discoveries and innovations that were (just about) from the last ten years and might conceivably lead to fundamental changes in society.

So best to get this one out of the way first off I suppose. Probably the technology I’d consider the most potentially important but also not really invented since 2000. The basic principle, to concentrate the sun’s rays onto a focal point with mirrors or lenses has existed for, at least, hundreds of years. There were solar engines and even power plants as far back as the start of the last century but it’s only recently that there’s been the impetus and the attempt to create the number and size of plants that we’d need to make a real difference to our energy supplies. And CSP really is one way we could radically change how we produce energy.

The are a number of variations on the formula but essentially they all boil down to focussing sunlight either onto photovoltaic (PV) cells to generate electricity directly, or to generate heat to run a normal generator like you’d find in any fossil fuel power station. The advantage of CSP over standard solar heating or PV, however, is a massive increase in efficiency and power density, the amount of power you can produce for a given land area of power station.

And there’s a lot of land out there we can put them on. The DESERTEC Foundation plan to build a network of CSP and wind plants across north Africa and the Mediterranean and connect them to Europe via high voltage DC cables, which are much more efficient over long distances than conventional AC cables, and with partners like E.ON, Deutsche Bank and Munich Re and it’s a series project. But even that project is small compared to the real potential of CSP. In David McKay’s excellent Sustainable Energy Without the Hot Air he estimates an area 2000x1000km could provide enough energy to provide for the entire planet. For the billion or so people of North Africa and Europe we could get by with 600x600km. A large area, to be fair, the size of Germany, give or take. But that’s the scale of project we need if we want to provide clean energy for that many people without dramatic reductions in our energy usage. Now we can argue that we could reduce our energy consumption, and maybe that would be the right thing to do even if it wasn’t so hard to produce large quantities of renewable energy but even if we halved our usage, and that would be good going we’ll still need some really large projects to cover our needs and if we want to build infrastructure that large we need to start now.

For anyone who’s interested in the technical details David McKay’s book is available from his website for free as a PDF, Greenpeace[5] have produced a couple of good reports (for example, Concentrated Solar Thermal Power – Now! (pdf)) and shorter executive summaries, and DESERTEC have some nice maps and plans showing how you could start to really build something like this. 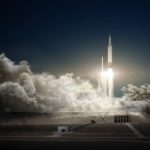