Like many other places, Scotland has a proud history of social progress. The Highlands were the home of the first socialised medicine in the UK. For generations Scottish universities were more democratically controlled and publicly accessible than those in England. This tradition cannot be defined by a shopping list of policies. Rather, it is about social progress. It is about the refusal to accept injustices, and the desire to work towards greater equality. It is about an attempt to constantly re-build the world, to one in which wealth and power are more broadly shared.

This progressive tradition has not died. It was the same spirit which fought for and won devolution. In the ten years since The Scottish Parliament was re-convened, we have passed laws giving rural communities the right to buy their land, and women the right to breast-feed in public. We have banned smoking in public places, scrapped university tuition and made bus travel & care free for older people. We have established ambitious carbon reduction targets, broadened hate crimes to include sexuality and disability, and introduced proportional representation for local authorities.

The broader progressive movement in Scotland does not agree on everything. We don’t even agree on all of those policies listed above. We are located in a number of different political parties. We have different visions for Scotland, and different tactics for reaching them.

But as progressives we all recognise that our best chance of wresting change from entrenched interests comes when we stand together. How tragic, knowing that, if we let our various party affiliations (or lack of affiliation) divide us to the advantage of conservatism.

We owe it to our country to find every opportunity to discuss our disagreements, to work together where we agree, and to build consensus.

Bright Green Scotland is the creation of some members of the Scottish Green Party as a small contribution to that effort. We hope it will be a welcoming forum for members of any political party and none, who seek that progressive consensus.  We will no doubt disagree, but we will also find very many shared concerns. We will try to provide some respite from a predominantly conservative news media. And we hope to contribute a little to building a community that can unite from time to time against our common opponents and for progressive change. 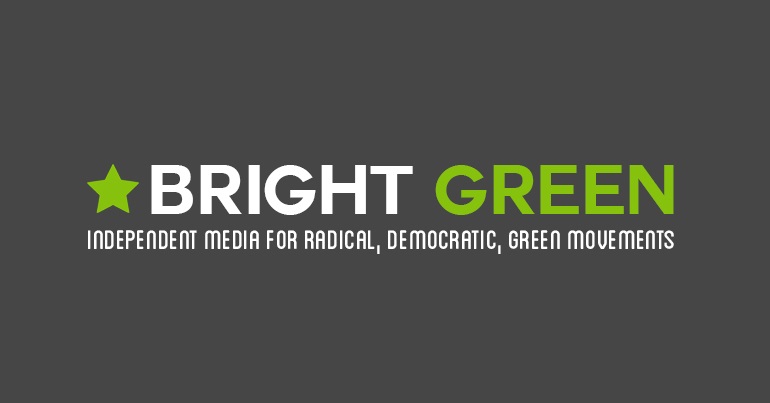 We need you to help shape Bright Green

Mark Ballard is a former National Council Convenor, Election and Campaigns Convenor and Branch Co-Convenor of the Scottish Green Party. He was Green MSP for Lothian from 2003-2007.
View all posts by Mark Ballard →

201st Decade Technology Part 1 – How to Power the Planet »