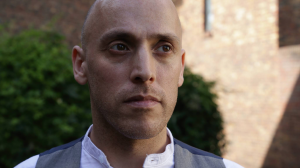 In the latest of Bright Green’s coverage of the Green Party of England and Wales’ leadership election, we’ve interviewed the Deputy Leadership candidates.

Voting is now open (check your inbox for an email from Electoral Reform Services if you haven’t voted yet!) and closes on the 25th August.

Daniella Radice did not respond by the extended deadline, but if/when she responds we will publish her answers.

(Full Q&As with the leadership candidates are here)

Despite coming so tremendously far as a party, there are still huge gaps in our ability to reach further to people from different backgrounds, and our ability to set our message in a way which chimes more widely. My background and personality would help us come across differently and reach further. We need to win over voters from other parties, UKIP, non-voters, and working class people, if we are to get our policies into play.

2. Could you give some info on your background? (E.g. education, class, employment etc.)

After early years in rural Ireland, and Mauritius (in Africa), I was brought up in a South London council flat for most of my early years. I left school and home at 13 years old. I later went on to study science part-time. My work has included being a childminder, a carer for 20 years, working in nature conservation (including teaching), and establishing a number of successful businesses including a café, a woodland farm project, and national network of housing co-operatives. I also represented organisations in court on environmental law and planning cases.

3. What are your top priorities as Deputy Leader if elected?

1) push to simplify, modernise, and digitise our procedures and workflow: so members’ skills and enthusiasm can be leveraged and they can get involved easily in policy-making, IT, design, manifesto etc…

2) I’d encourage Local Parties to set-up neighbourhood teams so that members can get involved with and bond with an effective small team in their local communities, enabling each member to act in a more meaningful way.

3) I’d present the Party’s policies in a cohesive and rational manner demonstrating the careful thought that went into them and highlighting the point that our policies are designed to work together not in isolation.

4) I’d support very carefully any attempt at a ‘progressive alliance’ to ensure it was handled with due wariness and achieve our mutual goal of fairer voting through proportional representation – without giving too much ground.

5) I’d reach out to groups that we’re not currently reaching so well – for example those in different job sectors, class backgrounds, ethnicities, and educational backgrounds.

4. How do you see the Greens relating to the Labour Party and the wider left?

To me the Green Party platform is entirely distinct from the Left’s platform. There may be many policy-crossovers, and opportunities for mutual support, but the underlying objective of the Greens is not an -ism, but is ‘sustainability’, and we should protect that strongly and be able to reach to those on the Left, but to people outside of that sphere too.

5. How should the party respond to Brexit? What, if anything, should we be calling for now?

Pragmatically, a model of maximising the UK’s nexus with Europe, for example on being in the Single Market, and retaining freedom of movement, would best protect our social and environmental interests, and leave open the opportunity to re-establish positive influence within the EU.

6. What separates you from the other candidates?

My outlook and persona. I came from a very poor background, with tough experiences growing up gay and mixed race, leaving home and school so early, and eking out a living. These experiences don’t in themselves give anymore merit than anyone else’s, however, my broad life experiences have given me a harder view, more cynical, which I think makes it easier for me to chime with and appeal to poorer and less educated people, and the often hardened views of the general population.

7. If elected, would this be your full-time job?

Yes, I have made arrangements for this with my current work, should I be elected.

Finally, the leadership team are elected to present our Party and policies to the public. I urge members to vote for a leadership team who can bring the Party to another level, not by preaching to the choir, but reaching beyond our usual audience. I can help us do that. We can’t rely solely on electoral reform, as experience in Wales demonstrates. We need to hit the ground running.