Dick of the Year: Vince Cable

This is a submission for the Bright Green Dick of the Year award from Cllr Stuart Clay. You can nominate someone by emailing 200 words to adamramsay ‘at’ gmail.com before the 31st.

Vince Cable, Secretary of State for Business, Innovation and Skills

He’s upset a lot of people this year, but here’s my nomination….

We all know the power of the media, and so when a single person wants to buy a lot of power by taking over a large source of news, it causes concern because it hands a lot of political influence to one person.

So when its down to one politician to prevent this from happening, they have to be careful- even if they have a view, they must remain impartial, especially if its a legal decision they’re making. This is after all, the media they’re dealing with. Vince Cable had this power and blew it by being an absolute moron. As a politician myself I have on occasion had pressure from the public or journalists to reveal things that I know are sensitive. Its not hard to know what you should say or shouldn’t- for me they were small things, so you would think with something as big as the future of the media you’d be even more aware of the sensitivities. But to make brazen comments about “war”, Vince Cable threw all that the public had to protect itself from one tycoon away. Mr Murdoch will now no doubt get his way, and the country will only suffer as he increasing peddles more of the lies and hate his news outlets produce.

Vince let down his own political supporters, but worse the general public as a whole by engaging in some seriously high-level political gossiping. He should be dick of the year 2010, simply for being so stupid. 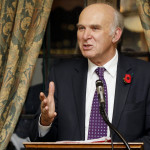 « Dick of the Year: Paul Stephenson
Dick of the year: José Manuel Barroso »