Dick of the Year: Mark Lynas

This is a nomination for Bright Green Dick of the Year by Mark Ruskell. Voting will open tomorrow.

What on earth was Mark Lynas thinking about when he took the star turn on Ch4’s evening of ignorance- ‘What the Green Movement Got Wrong’ earlier this year? Dispatching his ’emotional’ opposition to GM crops and nuclear power only to fill the void with blind hope for these bogus single technology solutions to our global food and energy needs. Of course Mark has produced a good book waking the world up to future climate scenarios, but he’s never been as solution focussed as George Monbiot who rightly trounced him in the studio debate afterwards. The programme was embarrassingly bad, hardly surprising as it was made by the same producer who brought us the ‘Great Global Warming Swindle’. Maybe it was an attempt by Mark to reposition himself as a British Lomborg, available whenever the media routinely question green progress and need a talking head.

There are issues which some environmentalists are getting very wrong, such as anti-windfarm campaigns, slowing the fight against climate change. Far better if this programme had focussed on the genuinely controversial splits within the environmental movement rather than the patronising nonsense Mark lent his name to. 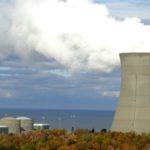 « Dick of the Year: Michael Gove
Dick of the year: Silvio Berlusconi »