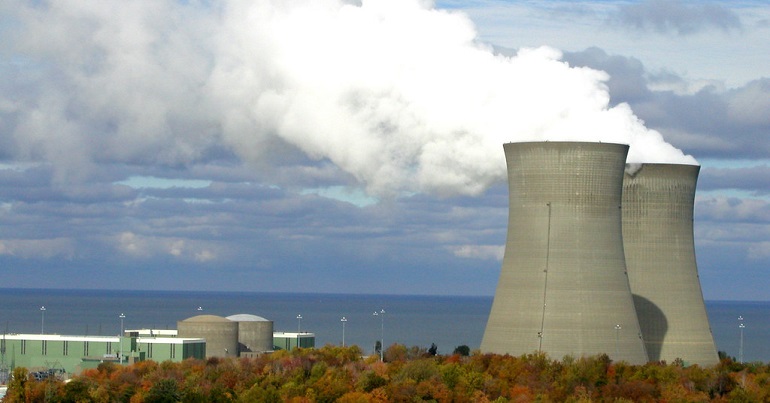 Nuclear power, since its first commercial application in the 1950s, has been thought to offer relatively clean and reliable energy in large enough quantities to meet humanity’s continually growing demand through the 20th century and in to the 21st.

Nuclear energy is often cited as being a “clean” alternative to the burning of fossil fuels, which has brought our planet to the brink of an environmental catastrophe. In the UK, 15 nuclear reactors are currently in operation at 7 plants, supplying around a quarter of our energy as of 2016. This proportion is set to rise to one third by 2035.

However, a comprehensive study by leading German economic think tank Deutsches Institut für Wirtschaftsforschung (The Germany Institute for Economic Research), released last week, has concluded that nuclear energy is not only environmentally unsustainable, but it is also not commercially viable.

The Institute’s analysis found that a 1,000MW nuclear power plant yields in an average economic loss of 4.8 billion euros, and in the best case scenario a loss of around 1.5 billion euros. It concludes that in instances where nuclear power plants were built using private investment, significant state subsidies were necessary to make the project commercially viable, with nuclear power stations being built and operated at a loss in almost every instance.

Nuclear power was never designed for commercial electricity generation; it was aimed at nuclear weapons. That is why nuclear electricity has been and will continue to be uneconomical. Further, nuclear energy is by no means ‘clean.’ Its radioactivity will endanger humans and the natural world for over one million years.

The significant expense associated with nuclear power stands in contrast to renewables, which have consistently been shown to be significantly cheaper than nuclear as a form of new electricity generation, and will soon catch up with other energy sources in terms of price. For example, by the 2020s, energy produced by offshore wind will be as cheap as, or cheaper, than any other form of power generation.

The report concludes that nuclear energy cannot be thought of as “clean”. Mining for uranium ore generates significant quantities of radioactive waste as well as rendering large swathes of land unusable. Splitting uranium and plutonium when producing electricity also leads to radioactive emissions. The report states:

Splitting uranium and plutonium during electricity production causes radioactive emissions in the form of particle radiation, which is a potential hazard to human health. A number of studies have established a correlation between building and operating nuclear power plants and the risk of children in the vicinity contracting cancer or leukaemia.

The report also cites the difficulty in safely decommissioning nuclear power plants, the risk of serious accidents like Fukushima and the challenges associated with the long-term storage of nuclear waste as further demonstrating nuclear power’s unsuitability as a sustainable and economically viable power source.

The idea that nuclear power production is emission-free is also false. One study, cited by DIW Berlin’s report, found that on average 55 grams of CO2 or equivalent were emitted for every kWh generated by nuclear power plants, around 20 per cent of the emissions of a gas-fired power plant.

This report adds yet more evidence to show that nuclear energy is not only immensely expensive for consumers and governments, but that it is a dangerous, dirty and environmentally unsustainable source of power generation that cannot be part of any future environmentally friendly energy infrastructure.

Governments would be better off scrapping hugely expensive new nuclear projects and investing instead in renewables, which have the potential to provide clean, safe and reliable energy for all of us.

« Voice from Vermont: What Murray Bookchin can still teach us about environmentalism
Taking the crisis seriously – Greens and a progressive alliance »