Dick of the year: Nick Clegg

It’s the most highly anticipated election of the year so far. The votes have been cast; the ballots counted. There were 40 nominations for 38 challengers. But in the end, it wasn’t even close.

525 people voted. Of them, 248 gave one of their five preferences to Deputy Prime Minister Nick Clegg. That’s 47% of voters.

It’s been a rough year for Nick Clegg. For the first few months of 2010, most people didn’t know who he was. Then, the spotlight of the leaders’ debates launched him into the consciousness of the millions of voters looking for a progressive alternative to Labour. “Cleggmania” convinced many Lib Dems that they would see significant gains in the May election. They were to be disappointed, though the truth is that they did well to hang on to so many seats in a tight electoral squeeze between the two other big party leaders at the time: our third placed dick, David Cameron, (156 votes) and some other guy, who may have been nominated, if anyone had remembered who he was.

But the disappointment of the Lib Dems who lost their elections was nothing to that of our fourth placed dicks (with 107 votes) – everyone who voted for them. Because the truth is that, though Clegg saw the electoral advantage in appearing to be a bit of a lefty, he has always been a right wing dick. Over the last 5 years, he has led a cabal which has has transformed his party from a glorious waste of space to heros of the neo-liberal revolution. So, his victory here is not, it seems, merely a result of the policies of this government. If it were, then his closest challenger (George Osborne, 176 votes) would surely have beaten him.

In fact, if this election were based solely on those whose behaviour has caused the most harm, then surely the “Fabulous” Fabrice Toure would have done better – he did, after all, intentionally help cause the credit crunch in order to enrich himself. But in the end, he only received 15 votes – just behind this year’s other famed corporate criminal, Tony Hayward, with 20 votes.

Nope, it seems that the anger for this year’s award is more like that seen the #dick44BC award for Marcus Junius Brutus the Younger: it is not the action of murdering Ceasar, so much as the deception, that hurts. Et tu Clegg?

The award also shows a surprising lack of anger with bankers. Unlike the #dick2008 winner (Fred Goodwin) and the #dick1907 winner (Charles W. Morse), there was only one financier nominated, and he received little support. It seems that, although bankers generically are now more hated than politicians and journalists, their lack of profile individually allows them to slip through the net.

We must also give an honourable mention to Lib Dem MP John Hemming. Poor man, he tried very hard – even spending all of New Year’s Day commenting on his nomination. But at the end of the day, He only managed to persuade 31 people to vote for him.

Also, many thanks from the Bright Green team to everyone who has nominated someone in our inaugural Bright Green Dick of the Year contest. If you want to see the most recent ‘previous’ winners, see our break down from this morning, where you will also find a write up of Frank Furedi – who will be proud to have secured a lifetime achievement award. 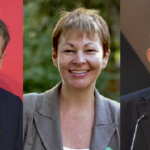 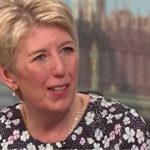 International development should work for people, not profit 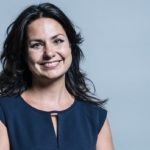 Unite To Remain will do more harm than good

« #dick2010: Past Winners and the Lifetime Achievement Award
Food, fuel, and Euro crash: challenges for 2011 »