Bright Green Live: the Green Party and the anti-cuts movement 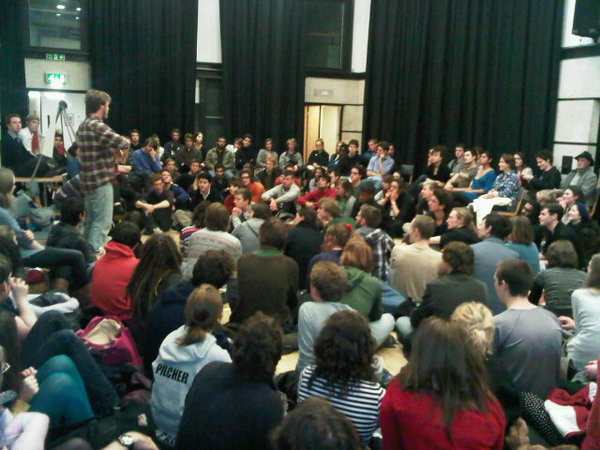 Coming to Green Party (of England and Wales) Sping Conference this weekend?

The first ever Bright Green Live event will be at the conference, this Saturday. To discuss the role of the Green Party in the anti-cuts movement, we have a line up of three exciting speakers:

Lisa Ansell is a former social worker in West Yorkshire. She writes for the Guardian (and occasionally for Bright Green), and has become known for her detailed and eloquant analysis of the impacts of cuts to welfare and care budgets.

Cllr Adrian Ramsay is Deputy Leader of the Green Party and was Green candidate in Norwich South in the last election – where the party secured its best result outside Brighton Pavillion. The Norwich Greens hope to take control of Norwich City Council in May. If they do so, they will become Britain’s first Green Party led council, just as Norwich faces a massive cut in their grant from the central government.

In his day job, Murray Worthy is policy officer for the World Development Movement, campaigning against speculation on food prices. In his spare time, he is heavily involved in UK Uncut. It has been hard to turn on Radio 4 recently without hearing from him with one or other of those hats on.

The fringe will be at 6pm on Saturday the 26th, Prince of Wales suite 2, Angel HotelCastle Street Cardiff. We will be providing refreshments (including booze if they’ll let us). Looking forward to seeing you all there.

The fringe is Prince of Wales suite 2, Angel Hotel, Castle Street, Cardiff, at 6pm on Saturday. If you’re coming, then do sign up to the Facebook event. If you aren’t coming, you’re missing out.