The recent flurry of news surrounding the unique Carbeth cabins north of Glasgow and the inability of their owners and tenants to access them has again highlighted the need to reform land laws and rights of access in Scotland. In the long term however increasing access to countryside retreats and the introduction of a Nordic style culture of hytter could have far more beneficial consequences than making the weekend bearable.

The tradition of owning a weekend house in the countryside in Norway and Sweden is not the same as owning a second home in Britain. Not only are these retreats far more spartan than the average home, giving them special tax status on the condition that they cannot be lived in year-round, but access to the countryside generally is far freer and carries lower economic burdens than in Britain. At the same time many holiday cabins are shared by extended families and passed from generation to generation instead of being the well-kept castle of a single individual, thus providing a strong focal point for groups of friends and relatives.

The geographers Gunnel Forsberg from Stockholm University and Nina Gunnerud Berg from the University of Trondheim in Norway co-authored a comparative analysis of rural idylls in Britain and Scandinavia with reference to the idea of accessibility, exclusion and equality. Unlike in Britain, they argue, attitudes to the countryside in Scandinavia benefit from both the absence of entrenched hierarchical social structures and a legislative backing which prevents landowners from ruling the roost over smaller tenants or cabin-owners on their land.

This culture of access has manifold benefits, and in Scotland the land rights campaigner Andy Wightman and the journalist Lesley Riddoch among others have both been extremely vocal in their support for the opening up of rural areas to people of all social and economic backgrounds.

At present Scotland’s land politics is closely linked to those of England and the second home culture which has been so destructive in the UK’s other peripheral regions such as Cornwall and West Wales has created a rural housing crisis in many areas. The beauty of the hytte is that it is not a full time home, is simple, cheap and low impact and does not result in the explosion of rural property prices which second homers often bring with them.

But if Scotland were to succeed in duplicating the hytte trend there is one key benefit to everyone, namely the possibility that increasingly large numbers of people would come to appreciate and understand the benefits of robust politics on the environment. The hytteculture allows people a degree of independence from urban living and places people in distinctly different surroundings on a regular basis.
There are numerous pieces of research on the role played by environmental experience and identity in shaping wider attitudes to the environment. The Canadian geographer Jennifer Foster for instance carried out studies of environmental activists and traced a strong connection between their environmental engagement and the contact with nature which they had experienced during their formative years.

Reforming land law to give more people access to the countryside in Scotland can only have positive benefits. For all the environmental measures which we might pledge in government and the oncoming reality of commodity shortages, it could turn out to be our the long term ability to put people back in touch with the land which yields the greatest changes to our society. 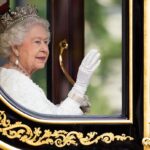 Greens to enter government in Scotland after members back cooperation deal