Can we criticise the current system in a way that prefigures and enables a more just society?

In a recent interview, the BBC’s political editor Andrew Marr asks Noam Chomsky whether he thinks Marr is “self-censoring”. Chomsky replies by saying, in effect: No, there is no self-censorship involved. Rather, those who advance in politics and the media advance because they have demonstrated they are willing to conform to dominant values and power structures. They have accepted them as inevitable, and – most interestingly of all – Chomsky points out that there is a powerful liberal or left media in the USA and in Europe but that its job is not so much to criticise as to demonstrate the limits of criticism, the line you can go to if you are to be taken seriously: this far and no further.

This last point perhaps explains why the Liberal Democrats in particular, but also increasingly the Labour Party, and the social democratic left across Europe in general, have taken such a kicking over the last year, while the right has got off pretty lightly. We have hopes that the left will act, and when – whether in the UK or Greece – those hopes are dashed by the fact that the left is operating within rather than against the dominant system, then we lash out.

So is it possible to take an approach that does not simply criticise the system from within the limits that maintain the system, but to criticise it in a way which prefigures a more just society, and harks back to the deeper values underpinning society? Chris Hedges, in ‘This hero didn’t stand a chance’, describes DeChristopher’s very different experience of jury service.

Tim DeChristopher is scheduled to be sentenced in a Salt Lake City courtroom by U.S. District Judge Dee Benson on July 26. He faces up to 10 years in prison and a $750,000 fine for fraudulently bidding in December 2008 on parcels of land, including areas around eastern Utah’s national parks, which were being sold off by the Bush administration to the oil and natural gas industry. As Bidder No. 70, he drove up the prices of some of the bids and won more than a dozen other parcels for $1.8 million.

Tim DeChristopher explained to Chris Hedges that the judge told the potential jurors that:

it was not their job to decide if this is right or wrong, but to listen to what he said was the law and follow that even if they thought it was morally unjust. They were not allowed to use [their] conscience. They were told they would be violating their oath if they decided this on conscience rather than the evidence that he told them to listen to. I was sitting in that chamber and could see one person after another accept this notion. I could see it in their faces, that they had to do what they were told even if they thought it was morally unjust.

That is a scary thing to witness in another human being. I saw it in one person after another brought in the courtroom, sitting at the end of a long table in front of the paternalistic figure of [the] judge with all the majesty around him. They accepted it. They did not question it.

It gave me a really good understanding of how some of the great human atrocities happened with the consent of the population, that people can accept what is happening, that it is not their job to question whether any of this is right or wrong.

We weren’t able to tell the jury either of those things,” DeChristopher said. “They never knew that the auction was overturned. They never knew I offered the BLM the money. They were told over and over by the judge they were not allowed to use their conscience. When the verdict came it was not a surprise.

So what can you do, when it seems as though you can’t challenge the powers that be directly? A tamed media, the political parties busy trying not to alienate that same media, and our kids being taught that we need a ‘Boss’ to stop us dropping litter, rather than recognising that whether or not we drop litter reflects an evolving social norm that we are all part of creating and recreating.

We certainly can’t try and be ‘clever’ and keep quiet about our real values, in the hope that appealing to dominant values will persuade people to help make the radical changes needed.

Tom Crompton writes about the need to take a values based approach to social change. One that is authentic and honest about the changes we see needed, and so encourages others to value being authentic and honest, rather than taking an approach that tries to persuade people according to the dominant values which are the very ones we need to change.

The need then is to be realists in both senses: working with how things are and working towards how things need to be.

We need to make the changes from within how things are, and we need to be prefiguring the society we need by treating others as grown ups who care. We need to be honest when we describe our predicament and the depth of changes needed.

The kind of political change that is needed is more akin to a seismic change in our collective view of reality than akin to choosing between hardly distinct political parties. And this kind of political change is likely to be upon us fast as a consequence of forces beyond our control. If we are not prepared for it then those forces are likely to overrun us, but if we are prepared we may be able to channel them.

This is the fifth in a series of ‘Case for the Commons: the kinder Society we want’ posts – the sixth and seventh will look at the current political context we need to creatively respond to, to make space for commons approaches. The next post will focus on Scotland, and the one after that on the Global North more generally. (Read parts one, two, three and four.) 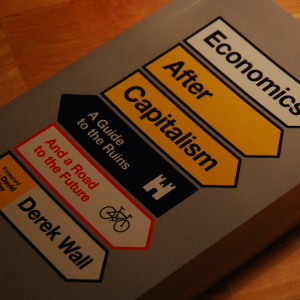