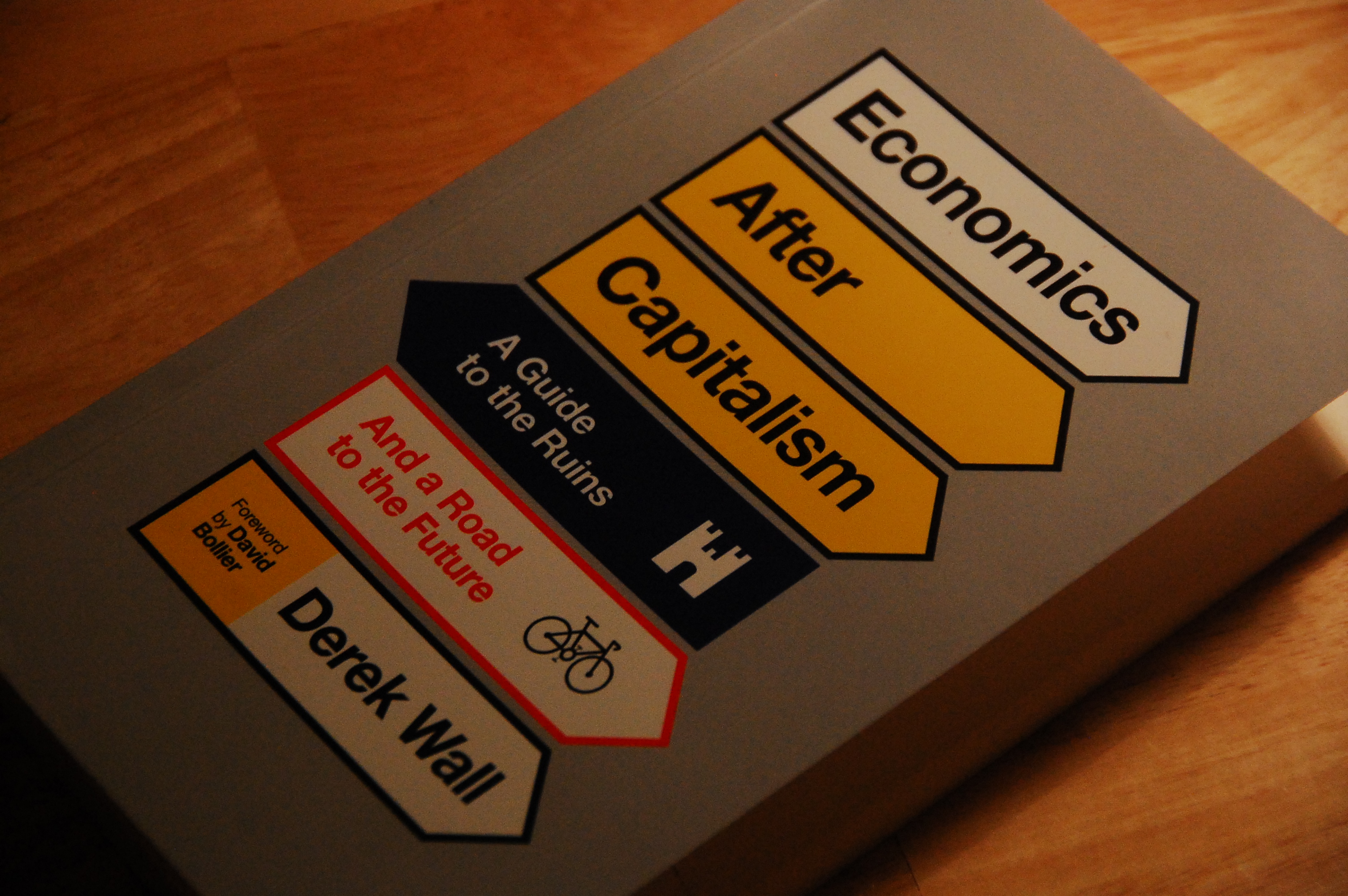 In his book Economics After Capitalism: A Guide to the Ruins and a Road to the Future (Pluto Press, 2015), Derek Wall (International Coordinator of the Green Party of England and Wales) discusses various critiques of capitalism, and examines how we can create practical alternatives to capitalism and build a ‘democratic economy and a future free of rampant climate change, financial chaos, and the ravages of elite rule’.

Here, we outline the main arguments of his book:

As long as capitalism has existed, in whichever form, there have been a great many voices of dissent, movements and thinkers crying out and struggling against what they have seen as an unjust, exploitative and destructive system.

Indeed, as Derek Wall argues in Economics After Capitalism, such ‘anti-capitalist sentiments pre-date capitalism as an advanced industrial or post-industrial system based on profit and investment’.

Thus, Jesus threw the moneylenders out of the temple and the Buddha spoke out against attachment to materialistic possessions, peasants revolted against the enclosure of land, Karl Marx developed an analysis of capitalism as an exploitative system but key to the progression of human society, green movements have challenged the basis of capitalism on consumerism and economic growth, the Zapatista uprising in Mexico fought against the suffering created through free trade, and the Occupy protests have challenged an economic system in which the top 1% of the world’s population now have as much wealth as the bottom 99%.

Following an outline of the ideas contained within his book, Wall begins with those he terms ‘anti-capitalist capitalists’, those economists who have criticised neo-liberalism, globalisation, and the economics of austerity, whilst still maintaining the need for capitalism, albeit in a fairer and more stable form. However, such arguments, Wall contends, ‘act as a vaccine against the virus of anti-capitalist protest’ — particularly those more radical voices who ‘suggest that markets are innately undemocratic, that indefinite economic growth is ecologically unsustainable and that the market-based system is tyrannical because it reduces human life to a narrow pursuit of quantitative advantage’.

The remaining chapters of his book focus, for the most part, on those who have been more critical of capitalism, for a variety of reasons. In these chapters are found the ideas of an array of writers and theorists, including those who criticise capitalism through the lens of corporate power or the workings of global finance; those who focus on the drive for unsustainable economic growth or the cheapening of human existence as ‘all needs in a capitalist society are transformed into the needs for commodities’; those who turn their eyes to the symbiotic relationship between capitalism and imperialism or the gendered oppression inherent in capitalism.

But amid all of this discussion of capitalist as an exploitative and oppressive system, Wall provides a ray of hope through glimpses of an alternative, not only some of the solutions proposed by different thinkers and movements, but various movements that have actually put anti-capitalist ideas into practice. These range from anarchists during the Spanish Civil War building local economies based on anarchist principles and reorganising factory production through workers’ control; to local currencies throughout the world encouraging local economic activity as an alternative to capitalist globalisation; to organised networks of unemployed people in Argentina who self-organise their own economies.

Returning in his final chapter to the question laid out at the outset of the book (‘How can we create practical alternatives to capitalism that work to put food on the table, providing long-term material well-being not only for a minority but a whole planet?’), Wall sketches some thoughts on what he sees as the best alternative to capitalist economics–a system in which the commons takes centre stage. Drawing upon the works of both Karl Marx and Eleanor Ostrom in emphasising the importance of the commons, Wall argues that ‘the anti-capitalist slogan above all others should be “Defend, extend, and deepen the commons”‘:

The commons works best by consensus and, unlike capitalism, does not depend on constant growth. It provides shared access to important resources so that human needs can be met with potential equity. Anti-capitalist globalisation could be labelled positively as the movement for the commons…. Capitalism seeks to extend commodification; the anti-capitalist movement resists by conserving the commons.

This embrace of the commons encompasses a range of struggles and movements: from squatting in unused buildings, to the digital commons of such projects as Wikipedia; from the right of workers to buy up the companies that employ them to renewable community energy. In addition to such examples of struggles for the commons, Wall identifies various other practical examples of anti-capitalist economic proposals, from a basic income scheme to wealth taxes, which will help promote a transition to a different kind of economy.

However, Wall warns us that under capitalism, ‘all alternatives tend to get corrupted, destroyed, or used to strengthen the system’. Both political parties and mass media are dominated by neo-liberalism, the rich and the powerful act together to preserve their privilege. Wall argues for the need for ‘tenacity, flexibility, and persistently burrowing away’ in the face of this power of capitalism, and warns of two failed alternative strategies: ‘to say that we have a basically fair, but flawed system’ or ‘to say that no change is possible until everything changes’. The capitalist system must be utterly transformed, but this is a process that needs to begin now.

The final paragraph of the book is worth citing at length, setting out what needs to be done:

The political struggles to win power to create change and take on the powerful need to be discussed in detail. From class composition to political parties, there are many questions that need researching. The question of ideology, our imagined relationship to real world conditions, is also vitally important to discuss. There are many more books to write, but material political practice is of greater necessity. Let’s continue the intellectual task of understanding capitalism and alternatives to capitalism in necessary detail. Let’s challenge the 0.001%, who currently run the world, and let’s grow a new system. The future of capitalism is inequality, instability, ecocide and, even where it seems to work, it’s a system, invented by humans, that uses (and abuses) us as tools. We can do better. A democratic and ecologically sustainable future is necessary and possible, but we will have to fight for it. Let’s build it now. 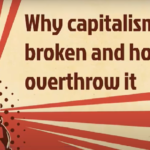