A Just Transition. A Carbon Tax that forces companies to take responsibility for their carbon emissions, ensuring that those paying are the ones on the top of the ladder. A Fair Income and better well-being for those at the bottom. That’s what has been unveiled in Australia. In essence, all companies emitting over 25,000 tonnes of carbon dioxide would be liable to a A$23 per tonne fine for all of their emissions. Those in the most labour intensive industries (steel, manufacturing, etc) would be able to access compensation of up to 94.5%, where the compensation will reduce by 1.3% each year. Furthermore, domestic aviation will be subject to the tax, but international aviation will not (currently).

The tax collected will be invested into:

Environmental groups will argue that these charges will not achieve enough of a reduction in emission as is required, but it will be a first in Australia’s climate change legislation. Where Rudd was a coward, Brown & Gillard have joined forces to push this through. This bill satisfies both the Green and the Labor (ALP) agenda by ensuring: (a) reductions in carbon emissions; (b) financial loss by those most responsible; and (c) financial gains by those most vulnerable. This is what a Green future – the Great Green Transition – could look like.

With protests riled up by Tony Abbott, every effort should be made by ALP & the Greens to reach out to those workers in the coal and high-polluting industries and ensure that they are given adequate time and funding to retrain should they face job losses. The vital ingredient to making sure that this bill passes through is to face the fear that Tony Abbott is trying to use to bring this proposal down. This is not just a tax – it’s a tax that will make us more responsible for our actions (as a whole). It is a tax that will rejuvenate the Green Economy and keep jobs coming in a time where change will be essential. Australia will have a huge amount to lose with climate change, and it’s about time someone started being honest about it.

If we want to build a fair economy, we have to stop being fearful of the public – we need to tackle fear with education, an education face-to-face. And we need to understand that those who feel they may lose the most out of this are those who are most on our side (that being the workers, not the wealthy). Because, after all, who else are we fighting for? 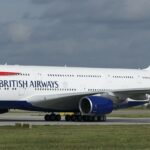 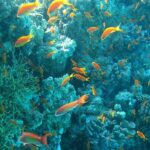 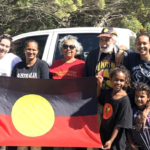