The waiting game on Dale Farm

‘I hope you’re not going to waste your weekend,’ says my taxi driver as I climb in and ask for Dale Farm. ‘They’re all scum up there I tell you. I’m fed up with do-gooders telling me I’m racist. I’ve had tools nicked from my shed and I know it was them.’ I ask my taxi driver if he believes in collective punishment. He says that in the case of the Irish travellers he does.

The dominant social attitudes towards travellers have become all too familiar recently as I have divided my time between London and the Dale Farm traveller site in Essex. Blog comments boxes filled with bile comparing travellers to animals. Twitter users demand that travellers leave the country. Even some otherwise liberal friends repeat negative stereotypes about travellers in conversation.

This is lived experience for people on the site. One younger resident told me that people called her ‘gypo’ and ‘pikey’ and refused to sit next to her at school. Older residents have had to live through accusations of being child-stealers. And now the council has voted for their eviction and is spending millions on bailiffs and police support to drag people out of their homes and destroy what remains.

The mood on the eve of the council’s stated eviction day – 19 September – was one of grim determination. In every corner teams of activists and residents met to discuss what they would do to defend the land. All around the clanging of metal continued as last minute additions were made to barricades. Elsewhere, legal observers and human rights monitors received their briefs. Residents and supporters shared tears together. The atmosphere of the plot inhabited by supporters – dubbed Camp Constant – was one of solemnity.

No-one slept very much that night. Every bump could have been the bailiffs. Every sound of motors could have been the bulldozers. If Basildon Council were to have their way, the cabins that constituted the roofs over our heads – and some people’s homes for up to a decade – would no longer exist 24 hours later.

We were woken by the growl of heavy machinery. The sound was real enough. There, rising above one side of the site was a scissor truck with a camera on the side – ‘Sky News’ emblazoned on the side. A helicopter buzzed overhead and landed in another neighbouring field – ITV news. The whole world was watching. Live. Bizarrely we could even watch the front gate from our caravans – like an internal CCTV system. We were all in position. Then the waiting game began.

In the late morning, Basildon council leader Tony Ball went on television promising that the eviction would take place that day. The bailiffs appeared at the gate. Vans of riot police lined up. But the defences were too strong. A brave activist literally put her neck on the line by attaching herself to the scaffolding gate with a bicycle D-lock. Behind her were vehicles, barricades, lock-ons and a tripod. The council began to peddle the rumour that all the residents had left. On hearing this claim traveller women climbed the defences to show that they were very much still there.

Meanwhile a parallel process was going on in court. After losing case after case over the years, things started taking a rather different tack. With the subject of the case in full public light a judge ruled that proper procedure had not been followed by the council and ordered an injunction on the eviction until Friday 23 September while it was clarified exactly what could and could not be lawfully removed from different plots. As the information filtered back to site a cheer went up. The news spread like wildfire as people ran to the front gate, hugged, cried, danced and smiled as a sound system pumped out celebratory music.

It may only be a temporary reprieve, and may only last a few days, but it is nevertheless a rare victory in the struggle for human rights in the traveller community – achieved through dedication and persistence. But much more of that spirit will be needed if the campaign as a whole is to be won. Alternative appropriate accommodation has still not been found. Up to 18 million pounds is still earmarked for the eviction when finding somewhere else would cost only a fraction of this amount. Meanwhile the lives of working class families, children in education and sick people are being disrupted.

No-one knows who will win the battle of Basildon, nor how long it will be until travellers rights are respected more broadly. What is clear though, is that as resistance reaches new heights, a diversity of tactics is slowly and tentatively beginning to bear fruit.

Supporters of the Dale Farm residents can get further details on how to show their solidarity here.

Tim Gee is the author of book Counterpower: Making Change Happen, published by the New Internationalist where this post first appeared. 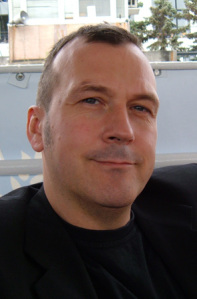 « Plan To Turn Northern Ireland Into Tax Haven Shelved
Palestine: something has changed »