When the UK finally began official lockdown on 23 March, Owen Jones joked on Twitter, “Never thought I’d be relieved to be placed under house arrest along with millions of people under a police state by a right wing Tory government”. It’s strange times indeed that have seen many on the left calling for restrictive measures to prevent people gathering in groups, travelling, or even leaving the house. But an emergency like coronavirus needs a clear response from the emergency services, and that includes the police.

However, the police’s response to covid has not only been very unclear in its legality, it has also been discriminatory. Precedents are a powerful thing in law, and right now we are at risk of setting a dangerous precedent under the guise of emergency powers.

Don’t get me wrong – lockdown has been necessary, and correspondingly the police have needed some authority and resource to ensure that it is not abused. In the early weeks of the lockdown, there seemed to be widespread support for a stricter enforcement of lockdown as there has been in Italy and Spain. During the warmer weather over the last week, scenes from beach resorts like Southend show why many believe the police need greater powers to stop people travelling for recreation. The police have a role to play in supporting public health, but many forces simply do not have the capacity to do that effectively, especially when the Government seems unable to take a decisive line.

At the same time, however, there have been far too many cases from around the country of the police acting excessively. A review by the Crown Prosecution Service published last week found that dozens of people were wrongly charged and convicted under suspicion of breaking the lockdown, prompting an apology by the police. Part of the problem is that the coronavirus law and the Government’s information about it has been far from clear. As Brighton and Hove Greens councillor Hannah Clare highlighted, that has led to inconsistencies and confusion in the way the law is applied.

But excessive actions by the police are nothing new to coronavirus – they are part of a long history of discriminatory targeting and unjustified arrests.

In April, police apologised after handcuffing a man who was dropping off food for his vulnerable family. Last week, a school inclusion and safeguarding manager was handcuffed while waiting for a post office to open. These scenes are all too reminiscent of racially-profiling stop-and-searches that have disproportionately affected black people. Indeed, during lockdown, the Metropolitan Police in London have increased the use of stop and search, despite the streets being emptier.

Like so many aspects of discrimination in our society, the coronavirus crisis risks worsening existing inequalities in terms of the police response. The police are unlikley to take any serious action against Dominic Cummings for travelling across the country with covid symptoms, just as they didn’t for the government minister Robert Jenrick. Meanwhile, the majority of people who were wrongly charged under the coronavirus law had no legal representation, highlighting the disparity in access to justice that has left many vulnerable people without knowing or being able to enforce their rights.

Furthermore, we have to remember that we are living under a Conservative Government that has repeatedly shown its disregard for the rule of law and seems intent on “cracking down” on vulnerable groups as well as on protest rights. The 2019 Conservative Party manifesto included a pledge to “tackle unauthorised traveller camps”, “arrest and seize the property and vehicles of trespassers”, and “make intentional trespass a criminal offence”. Those proposals raised a storm of criticism for discriminating against Traveller communities as well as being seen as thinly-veiled attempt to cut away the right to protest through direct action. It is all too easy to see how that or similar legislation could now be rushed through under the guise of taking a strong stance on coronavirus and while public attention is diverted elsewhere.

That is a technique that has been used, “shock doctrine-style”, repeatedly throughout history – authoritarian governments and their agents using the excuse and the cover of an emergency to wheel in extensions to their powers or to strip away public assets. Often the crisis that is used as an excuse is fabricated by their own design. Coronavirus is not, but we should be no less vigilant in defending civil liberties against power grabs or what Jenny Jones calls the “slippery slope” of policing through government decree.

At the same time, however, we should be calling now for a radical overhaul of our policing and justice system, not just defending what has already been in place. After lockdown, many people will begin to value civil liberties and rights that they had taken for granted, such as the right to assembly or to a secure home. For many others, those rights never were taken for granted, because they were never allowed to hold them. Meanwhile, those who have for decades been profiting from or facilitating the exploitation of workers and the living world without any policing are already looking to maximise their activities. Now, just as coronavirus may change what we think of as national security, Greens and other progressives must challenge and redefine the priorities of our justice system, so that the most vulnerable and protesters are no longer targeted, and the exploiters are held to account.

To hear more about the impact of coronavirus on policing and its threat to civil liberties, join the Young Greens and Green peer Jenny Jones for an online talk and Q&A at 8pm on May 26.

This article is part of a series highlighting the forthcoming programme of talks and training hosted by the Young Greens of England and Wales. You can see the full programme here. 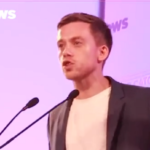