Don't worry Cameron, I can see your Big Society on the distant horizon – even if you can't

The New Year. A time for sharing. A time for caring. The perfect time for a Big Society. People heading to soup kitchens. A goat for a third world nation. Swell. Sounds like high time for another dose of sound-byte happy “We’re all in it together”. Out of nowhere, however, Cameron appears to have re-branded his snappy catchphrase Christian Society

Where has this come from? Have opinion polls doubting your obscure vision altered your confidence? Has a tough year of bad-will, riots and hacking left you turning to the faith for guidance? Or is this just numbers? Are you hoping the Christian demographic might rescue your society stuck in “moral decline”?

But Cameron, Big Society has always had such a good ring to it. Biggers always better – they must have taught you that when you were in advertising? And with that tag-line straight out of Terry Gilliam’s Orwellian nightmare Brazil – well it had all seemed so good.

Many had of course argued that crippling the public sector, cutting jobs and avoiding the advice of economic watchdogs would fail to inspire that grand idea of ‘Big Society’ . But in your rhetoric you always seemed so certain of success. Maybe you finally caught onto the contradiction in defending City banks while energy rates soared and people went hungry? Or maybe you caught a glimpse of that data showing the British are even less willing now to be a charitable people?

But in spite of all that and unlike your numerous critics, I can still see that Big Society in the horizon. Only I’m afraid it won’t be attributed to you in the way you were hoping it would be – with happy Samaritans making up where your cuts left gaping gaps in vital support structures.

No, this Big Society will be born out of anger. Government does not incentivise volunteering and responsible society by cutting jobs and money for youth initiatives; these will simply create the backlash. From this people will unite.

We will see it when people step in to help their local failing schools because Gove’s ‘initiatives’ have broken the backs of existing institutions. We will see it when people volunteer in their local community because the state no longer offers services to those most in need. When these support structures – as weak as they now stand – are dismantled and the deprivation of the eighties returns, I have faith, just as your rhetoric suggested, that people will come together.

So don’t worry Cameron, this generation will get its Big Society. People will come together and there shall be a new sense of strength amongst the populace. Only your responsibility for its actuality will be much in the same way that the blitz was for the Welfare State in the Forties – out of a sense of shared struggle amongst devastation

Edited from an original article published on www.murraypolitics.wordpress.com

all in this together, austerity, Big Society, Cameron, cuts, Political Strategy 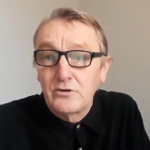 « Defending Health and Safety
Cuts and Privatisation: Still on Edinburgh's Agenda in 2012 »