Why a cross is not a hijab

News in the Sunday Telegraph that the government plans to argue at the European Court of Human Rights that Christians do not have the right to wear crosses to work has prompted outrage from figures as senior as former archbishop George Carey and Archbishop John Sentamu, with the phrase ‘cross ban’ cropping up in various papers. What is at issue is, of course, nothing of the kind. What the leaked document reported on by the Telegraph seems to say is that the government is nor prepared support the idea that Christians have an automatic right wear the cross with their uniforms. In other words, it supports the right of employers to forbid them to at their own discretion.

The comparison with Nadia Eweida and Shirley Chaplin – whose case against British Airways has prompted this brewing cultural battle – is with ‘symbols such as the Sikh turban and kara bracelet, or the Muslim hijib’ – a comparison which George Carey has also previously drawn in relation to a similar case of alleged workplace discrimination. I know little about Sikhism, and will not comment on it. But the comparison between wearing the cross and wearing the hijab is totally inappropriate. They are entirely different issues, and not just because, as the leaked government document which started all this points out, there is no specific religious obligation upon Christians to wear the cross. Rather, the point is that, pace Eweida and Chaplin (or perhaps the staff of the Telegraph), the hijab is not a ‘symbol’, whereas the cross clearly is. From a religious point of view, there is no such garment as the hijab. What there is, is an obligation (according to many Muslims) for a woman to cover her hair in public. The hijab (a modern invention) is simply a bit of cloth designed to perform this function. Any other garment which does the same thing to an adequate standard is equally acceptable. The purpose of wearing the hijab is not to say to the world ‘I am a Muslim’. Its purpose is to cover the hair. To demand of a Muslim woman who believes in the necessity of covering her hair that it is not allowed to do so while wearing a particular uniform is a bit like having a uniform consisting of a miniskirt and a bare-midriff wraparound top and then saying to women expressing cultural discomfort about donning such attire that it is not acceptable to supplement the uniform by wearing leggings and a t-shirt underneath. In asking whether it is acceptable for a Muslim woman (or anyone else for that matter) to wear a hijab, the question one is really asking is whether covering their hair would interfere with their ability to fulfil their duties. If not, then what one is really saying is that the relevant institution has made a positive decision to bar religious Muslim women from working for it, not that it has failed to accommodate them as a passive consequence of its secular even-handedness.

By contrast, wearing a cross is directly analogous to a Muslim wearing the word ‘Allah’ (which is also common enough), to a Jew wearing the Star of David and so on. It has no function except to make a positive statement to the world that the allegiance of the wearer is to a particular religion. There is nothing inherently wrong with this, of course, just as there is nothing inherently wrong with wearing a Dead Kennedys lapel badge. But it may not always be appropriate – especially where the function of a uniform is specifically to say ‘right now, while I’m wearing this uniform, my allegiance is to the institution it belongs to’.

That’s not to pre-judge the appropriateness of forbidding religious symbols in particular contexts. Indeed, unless there are good reasons not to allow religious symbols (or any other class of symbols for that matter) in a given workplace, it seems reasonable that the presumption should be in favour of freedom of expression. Perhaps the law should place the onus on the employer to prove on a case by case basis why such restrictions are justified. But the point is that this is a  different debate to the debate about whether to bar a particular class of people from a particular line of work for no better reason than an arbitrary insistence on a certain level of undress. 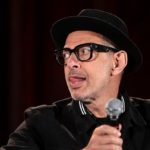 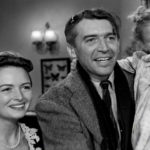 Beyond “the business of nickels and dimes”: a socialist guide to Christmas