In the same week that Peter McColl was installed as Rector of Edinburgh University, Bright Green’s friend and occasional contributor James McAsh was elected as the new president of Edinburgh University Students Association. After the election, I caught up with McAsh – a member of the Green Party, and a self-described anti-capitalist with a history of participating in direct action – to talk about politics, the left, and the next steps for the student movement.

Compared to his predecessor Matt McPherson, who is a special constable in the local police force, McAsh looks like quite the radical leftist – something that student newspaper The Journal satirised in an April Fools article portraying him as a communist dictator. At the centre of his election campaign was a pledge to fight for the return of free higher education (“which is what the NUS used to stand for and now don’t”), and for the university to be run in a more democratic way. He sums up main themes of his campaign as “very big political issues, but which anyone could very immediately relate to in their own lives”.

Last year McAsh stood against McPherson and lost, so is the fact that he won this year part of a trend towards electing left-wing sabbatical officers? McAsh seems to think so. “Last year there was one member of the left-wing bloc [who] won; this year two, maybe next year three, the year after four – who knows? But I think even within people who’ve been involved for quite a long time are becoming more active, more political, engaging in more direct action.”

While he thinks that this is a positive sign, he clarifies that: “it’s not just about getting lefties elected, it’s about a change in the culture.” However, a culture change like this is bound to have political casualties – in this case, Labour Students. “At the moment I don’t know of any Labour Student sabbaticals coming in next year (there might be some, but I don’t know of any), and at one point they ran NUS Scotland completely, so that is more than just an Edinburgh phenomenon.”

But this rejection of the mainstream parties isn’t confined to students. “You see results like George Galloway’s result in the most recent by-election, where he won 55% of of the popular vote. I’m no supporter of George Galloway myself, but it does say quite a lot about people’s rejection of the coalition government, but also the official opposition in the form of the Labour Party. There is widespread discontent with mainstream parties and the neoliberal agenda, but I don’t think that’s been formed into consistent and coherent opposition to that at the moment. That’s the next big task, I think.”

It is indeed a big task, but it’s one which McAsh thinks students have a central role in. “[In] the winter of 2010, the student movement, with events around Millbank and the week following from that, inspired the trade union movement too… The trade union movement is much more critical in controlling how the government works and how society is shaped, but we as students tend to have a lot more time and are able to be more radical.” While others are becoming disillusioned with the unions, McAsh maintains a qualified optimism, and is keen to work alongside them in the future. “The trade unions haven’t really lived up to their potential by any means, and even their potential is also limited by the constraints of the system that they work within, but I think that they are a vital tool that we do have to be using, as anti-capitalists.”

Capitalism is a subject which comes up several times during my conversation with McAsh, who is just a few weeks away from completing his degree in Politics and Economics. “I think in the best of times, capitalism doesn’t work; in the worst of times it’s very painstakingly clear how it doesn’t work and how the system needs to change. Particularly in the issues facing young people as a generation: graduate unemployment, youth unemployment, tuition fees, the withdrawal of EMA, withdrawal of pensions.”

So is this a generational issue? “Well, I wouldn’t say it’s limited to a generation – first of all it’s a class issue. I think the richest in our society, regardless of their age, are not really feeling the effects of the global crisis, but I do think there is a generation aspect to it, in the same way that there’s a gender aspect and a racial aspect. The welfare provision that we’ve grown accustomed to is being withdrawn, and much more rapidly for the younger people.”

Unsurprisingly for a student activist, McAsh sees the privatisation of higher education as a major issue, but is quick to draw parallels between the difficulties students face, and the experiences of the many thousands of young unemployed people who’ve never set foot inside a university. “Someone from England paying £9000 to go to a prestigious university like Edinburgh seems a very long way away from someone who finished school and now can’t find a job. I wouldn’t want to say that the two are the same, but it is vital that we do link these struggles. Finding ways to link the struggles together is really critical; the question of how to do that is I think a much bigger one, and I’m not sure that I have a simple answer for that.”

“It’s not about making requests, it’s about doing things ourselves. Often direct action can mean creating more formalised democratic structures, which I think are things we need to be fighting for within our universities firstly, but also within the entire economy.” 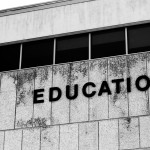 The TEF: why it isn’t good enough 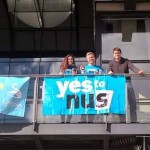 « Can we check our cunting privilege?
Deregulation of universities has led to an attack on students and the workforce. »