Empty seats at the Olympics show the reality of corporate Britain 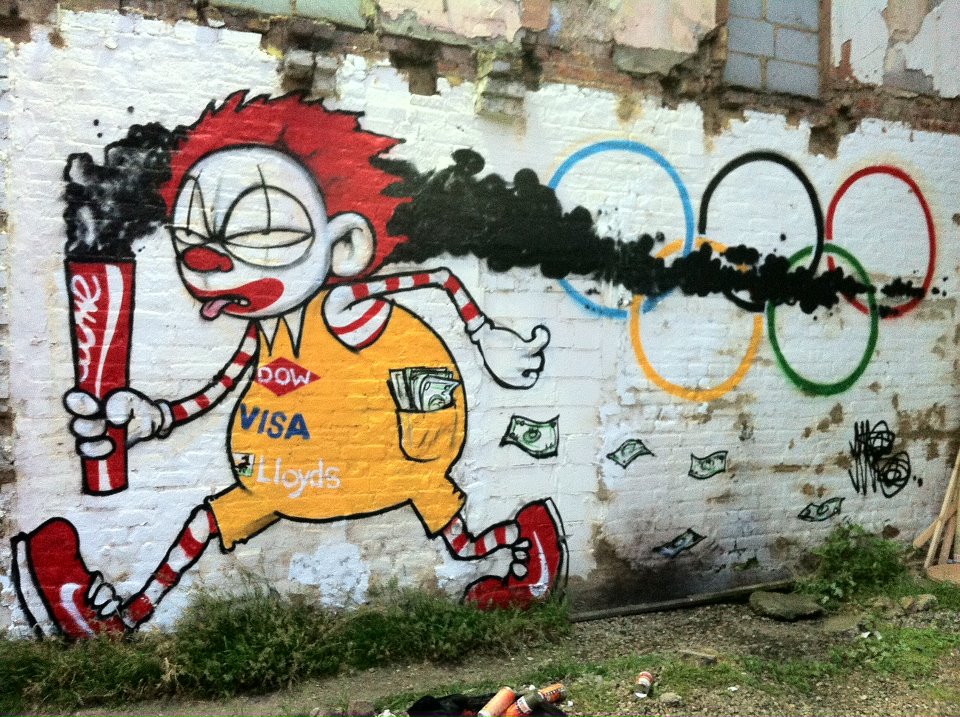 I watched a bit of the Olympics yesterday. The road race cycling seemed to be well attended, even if many of us didn’t get the result we wanted to see. But watching the tennis made me wonder why there were so many empty seats. It dawned on me that these were probably seats offered to corporate sponsors, and unfilled because they couldn’t find people to fill them. I was right. Corporations are denying seats to people. And it wasn’t just tennis, it was all of the events. Amazing gymnastic feats were being performed to half full arenas.

Then it struck me that this was a pretty profound demonstration of the state of Britain. Literally tens of thousands of people wanted tickets to events like gymnastics and tennis. But they were denied those tickets because the corporate monoliths that have the money to pay for branding claimed tickets they couldn’t even use.

Banks, management consultants, PFI companies, and the plutocratic elite of global capitalism are wasting seats at Britain’s sporting event of a lifetime.

It is notable because it’s so obvious.

In other places it’s hidden because you can’t see the massive pile of cash that corporations have stacked up. You can’t see the impact their executives have on the housing market, buying properties they neither need nor use. The damage they do by manipulating food prices to the cost of consumers and producers. The people untreated so that the NHS can pay for the profits of corporations that have built PFI hospitals. The NHS is obliged to meet PFI payments to corporations before they pay for treatment for the ill, for doctors or for nurses.

This has a huge impact on our lives. The recession is being lengthened by a lack of spending – a lack of spending caused by corporate hoarding of money. Big corporates are raking in the profits while people go untreated in PFI hospitals. Public services are being slashed while quantitative easing building up banks’ balance sheets and in turn fueling bankers’ bonuses. Speculators are driving up the price of food and other commodities. All of this is causing the cost of living to increase for most people. And most of it is being done simply because corporate Britain likes hoarding things it doesn’t need. Things much more important than seats at the Olympics.

And this is why the government and the right wing media are so keen to pour abuse on disabled people for claiming benefits. It’s why there is a constant attack on immigrants for ‘taking our houses and jobs’. In fact, it’s not disabled people, or immigrants that are taking our houses and our jobs. Attacks on disabled people, people who can’t get jobs and immigrants are a way to distract from the people really making it difficult for us. It’s corporate Britain and the plutocratic elite that controls those corporations that is making us all poorer.

The key problem we must tackle in the years ahead is the utter corporate domination of our society and democracy. It’s not public services we can’t afford. It is big corporations piling up cash they don’t need that we can’t afford.

« Scottish Coalition Against NATO and For Peace Formed
Past Occupations: What’s going on with Occupy in the US? »