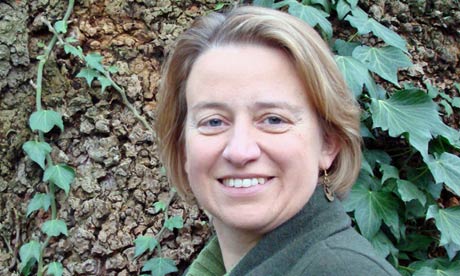 Australian-born journalist Natalie Bennett has been elected leader of the Green party, with Dudley councillor Will Duckworth as Deputy.

Bennett defeated Liverpool’s Peter Cranie after three rounds of transfers under the Alternative Vote system, winning with 58% of the final vote to Cranie’s 40%.

Bennett is a former editor of the Guardian Weekly (a digest of the daily paper aimed mainly at an international audience), and continues to write freelance for outlets including the Huffington Post. She has run for both Council and Parliament in Camden, North London, where she also lives.

During the campaign, Bennett outlined a plan for institutional reform of the Green Party with a view to achieving ambitious electoral targets. An overhaul of the byzantine system of national spokespersons is suggested, along with a programme to share the tactics and strategy of the Green Party in the West Midlands who have advanced from three councillors on three councils to thirteen on seven councils in two years. She has set a target of trebling the party’s European representation to 6 MEPs in 2014, and has pledged to identify 10 Westminster seats for targeting after 2015.

Will Duckworth, who ran on a slate with former Lewisham councillor Romayne Phoenix, is a socialist and former maths teacher who was part of that West Midlands advance. He defeated Richard Mallender, a former chair of the party and now a councillor in Rushcliffe in Nottinghamshire.

Cllr Duckworth won the Deputy race after both Brighton councillor Alex Phillips and veterinarian Caroline Allen were eliminated by the gender-balance rule which requires that the deputy be of a different gender from the leader. This system became controversial during the race, with many feeling it perverse that the policy was likely to end up retarding, rather than promoting, the representation of women at the top of the party. The Green Party has so far declined to publish the votes won by Phillips and Allen, but informal vote tallying by the campaigns’ representatives at the verification stage suggest that the two women were the leading candidates prior to the application of gender balancing. Bennett, along with Peter Cranie, has said she will support a change to this rule at next year’s party conference.

The full declaration as issued by the party’s returning officer was as follows:

The quota required for election is therefore 1,555.6

No candidate achieved quota and so Bartolotti is eliminated and her votes redistributed as follows:

The totals for the second round are therefore:

No candidate achieved quota and so Phoenix is eliminated and her votes redistributed as follows:

The totals for the third round are therefore:

In line with the election rules set out in the Green Party constitution, the Deputy Leader cannot be of the same gender as the Leader and so Caroline Allen and Alexandra Phillips are eliminated and their first preference votes will be redistributed to the highest expressed preference for an eligible candidate.

There were 353 spoilt papers (including papers expressing a preference only for a feemale candidate or candidates), giving a total valid vote of 2774 and the quota required for election is therefore 1,387.1

No candidate achieved quota, but Green Party rules require that RON not be eliminated, so the candidate with the highest vote is elected.

I therefore declare Will Duckworth elected as Deputy Leader.