It looks like a boat, but does it float?: the proposed Community Empowerment and Renewal Bill may need some tweaking

After the spectacular history lesson of the London Olympics’ opening ceremony, most Britons should be up to date on the Industrial Revolution and capitalism’s jumble of pros and cons: globalisation, trade, cross pollination, and all manner of new pollution billowing from colossal factories that turn people into cogs in a great machine. Now, of course, the negatives are that we’re a bit more strapped for resources, our blackberries come from Argentina and, in the city at least, most of us don’t know our neighbours. This presents a problem of resilience, which is being taken seriously in Scotland with, among other things, legislation allowing local communities to take control of community assets (facilitating community orchards and meeting places, for example). At first, this sounds immensely empowering (and many aspects are), but a proposed bill that suggests locals buy and manage public property without any talk of more local influence in state affairs may turn out to be dis-empowerment in disguise.

Two of three sections of this consultation paper (“Unlocking Enterprising Community Development” and “Renewing Our Communities”) focus on transfer of asset ownership and management to local communities. The document is short on clarity, but this distribution of options indicates that someone thinks community ownership/control of assets, or as the Scottish Parliament’s website puts it “taking independent action,” is the way forward.

Here’s my question: what is the role of the council in all this?

How does local (and national) government see itself and what are our expectations of it? Private land issues aside, if we are now considering legislation to bypass council management of certain public assets, does this mean that councils are not working in a satisfactorily democratic way and what are the implications?

At an uncannily pertinent Holyrood Festival of Politics event on the history of Scottish political thought, Professor Cairns Craig of the University of Aberdeen pointed out that traditionally there has been resistance in Scotland to considering the State as the ultimate political power; communities and people are also political agents. I think this mentality is healthy, but I also I think it makes all the more necessary a discussion of how a still powerful State relates to its populace. Clarifying our expectations of government (and what government imagines its role to be) is especially important in the light of a bill that seems to prioritise community ownership over addressing fundamental communication and power issues between locals, councils and wider government.

Of the Scottish thinkers talked of in the Festival of Politics discussion, I found John Macmurray’s thinking the most useful in defining the roles of the State and why I feel uneasy about an ostensibly empowering piece of legislation. Macmurray recognised the personal (having relationships with other persons) as the virtue of human life. A community is a place where you can be a person, where you are a human being with the potential to take on any number of roles rather than strictly an instrument of society, a cog in a giant machine (bus driver, teacher, banker, consumer, etc). Though the latter is necessary to a degree, for Macmurray, a good society minimises instrumentalism and maximises personal contributions to community.

I propose the State is an instrument, a tool to maximise the personal: it provides the infrastructure to manage community assets so that locals can use them for local benefit and it should manage them in a way that is responsive to community needs. Obliging local people to circumvent councils, taking cumbersome and often unsuccessful steps to buy and manage community properties themselves, is most definitly not in the interests of maximising the personal in a community setting. People in a local community, as follows from Macmurray’s definition, should not be instrumentalised as members of that local community (I am put in mind of a t-shirt my retiring English professor wore to his last lecture: HUMAN beings are not RESOURCES). This does not mean that people in local communities are meant to float around without roles, but individuals freely chose and change these roles as their relationships develop and their fulfilment demands.

By suggesting a local community empower itself by shouldering the onus of buying and ownership (something that has proven a stumbling block for equivalent rural legislation), the State also abdicates responsibility for the infrastructure, organisation, and accountability that it should be providing local communities as an instrument of human de-instrumentalisation. In order to properly serve an organic and resilient local community, the State (Councils with their schools and sport stadiums, health boards with their hospitals, even the Scottish Parliament) must first take upon itself the role of instrument and, secondly, dedicate significant resources to ensuring pristine channels of communication and response to the communities it serves. A successful tool facilitates the work of its wielder.

Then there’s the question of defining precisely what community the State instrument is serving. The Scottish Environmental LINK briefing Defining Community Empowerment

In terms of local communities, are Councillors obliged to attend public meetings at least as often as they meet with developers? No, they are not. If, as the consultation paper suggests, councils “transfer assets” to urban communities, Councillors have even less opportunity to interact with locals and champion their needs. Whose interests are councils and wider government more likely to respond to, then? Of what (or whom) is the State a tool?

Now to a very important point, brought to my attention by Andy Myles of Scottish Environmental LINK. This bill promulgating community ownership comes at a time when cuts to councils and their central coordinating body limit local government resources to serve communities. The consultation document, however, gives no indication of how this deficit in community input into and powers over State decisions is to be addressed. “If you want to empower a community,” says Andy, “give it powers of decision making and not just buildings.” A clear idea of what the State is for is a good place to start.

The first consultation on the Community Empowerment and Renewal Bill ends on the 26th of September. I would urge anyone who is able to feed back, discuss these issues and, keep an eye out for future consultations and events.

‘Social housing, not social cleansing’ – the case of the Focus E15 Mums 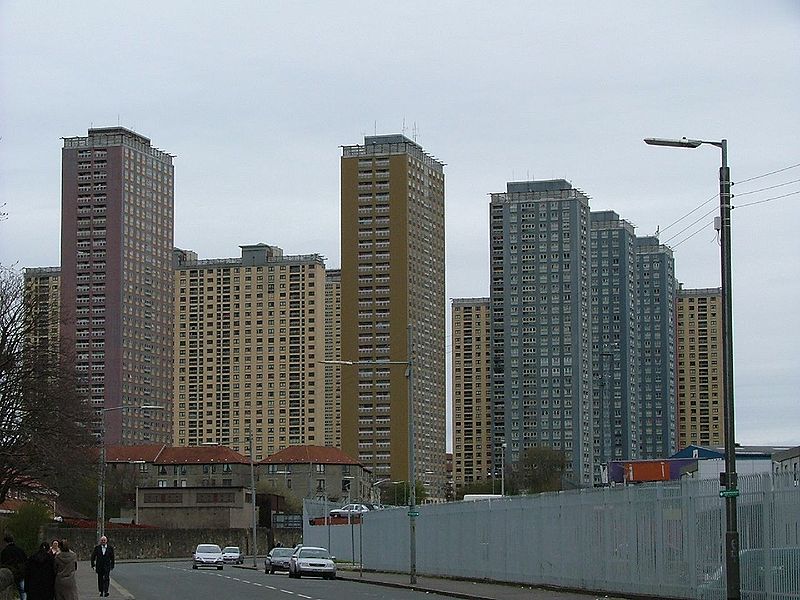 We Won’t Work Till We’re Dead