Why I Disrupted Batsheva's Performance in Bradford

My protest partner and I had decided to be the second in line to interrupt the show. We had been planning to take our turn soon after the first interruption, but then a piece of loud music started (this may have been the “Arabic music” section that the Glasgow Herald says is of great (though undefined) moral significance). We whispered that we’d do our shout in the next quiet bit. A few minutes later, the music stopped and the dancers all wandered out onto the stage. They seemed rather listless. Perhaps they were nervous about protestors. I certainly was.

The main complaint people have made against this action is that it’s ok to protest outside the theatre, but that to take it inside is to cross a sacred line. I can’t find any merit in this thought at all. If the idea is that politics should be kept separate from art, this seems to be a ban on all artistic political expression. If the people on stage can say something political, then surely so can the audience. So then the response comes (in a tweet): “But Batsheva’s not political — all they want to do is DANCE [sic].”

As an aside, recall that people trying to defend the indefensible always begin by claiming that this is not the proper space to contest it (whatever that space may be — academia, religion, the dinner table, the foyer of Barclays bank, Fortnum and Mason, etc.). Perhaps some societies do maintain extra-political spaces; but ours doesn’t. The first move in the political game is to declare something outside it. This achieves the heights of idiocy when the actions of progressive politicians are dismissed as having a “purely political” motive (as I recently heard a BBC journalist describe Imran Khan’s anti-drone march in Pakistan). Yet people swallow this. I suppose it is soothing to think that manifest evidence of injustice is a problem for someone else, somewhere else.

Anyway: all this is irrelevant here, since PR companies and officials have explicitly said that the aim of projecting Israeli culture abroad is to change the image of Israel: to shift the conversations away from airstrikes and white phosphorus and child prisoners and the Occupation and the siege of Gaza and the Wall and hunger strikes and shooting Turks on the high seas and how soon shall we nuke Iran, etc.; and just make Israel seem like a cool place to be — full of high-tech kooky dancers and coked-up veterans kissing in swimming pools (great access to water, Israel). I tend to think that the idea of national branding is a witless PR notion which is not worth devoting any thought to. But the fact remains that this is indeed what Avigdor Leiberman’s ministry is trying to do.

I had been ambivalent about this protest; I felt sorry for the dancers, and director Ohad Naharin seemed a reasonable guy, coming out and talking to Scottish Palestine Solidarity Campaign during the Edinburgh demonstrations in the summer. But they have accepted money from the Israeli government, various arms companies, and the Jewish National Fund, and taken on the task of showing Israel’s good face overseas. They didn’t have to accept this money or this task. If they had an interest in “creating dialogue” — that meaningless pudding of a term — there is an infinity of ways they could do this that didn’t serve state propaganda.

In short, the reason why I disrupted the performance is pretty much as I explained to the audience inside the Bradford Alhambra: that the performance is a cultural whitewash of apartheid, occupation, ethnic cleansing and land theft, child abuse, murder, wars of aggression, mass punishment, and myriad other infringements of Palestinian rights, cultural, human and ecological. On top of this, they are not very good; but this is one sin at least for which I do not blame Israeli apartheid.

Batsheva is touring the UK for the next week. When performances have been interrupted, the internal security guards so far have escorted the protestors politely from the building. In Manchester the theatre brought hot drinks to the crowd outside. The police try to trick protestors into giving out their details through bizarrely worded and oddly structured sentences of legal gobbledigook prominently containing the words “arrest” and “breach of the peace”; but it doesn’t seem they’re serious (although the Bradford police were far more aggressive and disorganized than the calm Mancunians). 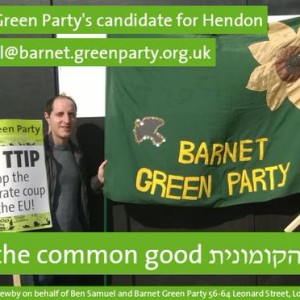 « Fighting for the Public University
Inflation, stagnation and speculation »