Originally from Harare, Zimbabwe, Maggie Chapman is a university lecturer and has been a councillor since 2007. In Edinburgh, she has has successfully fought against the privatisation of social care services and the Westminster government’s Workfare schemes, and has given residents the right to decide directly on a portion of council spending in the city’s first participatory budgeting project.

Maggie will contest next year’s European Parliament election, with a strong chance of becoming the Greens’ first Scottish MEP. With the sixth and final seat in the Scotland constituency likely to come down to a straight fight between the Greens and UKIP’s London chairman David Coburn, victory for Maggie would also likely make Scotland the only British constituency to shut out the far-right party.

“With the independence referendum less than a year away, we need to raise our voices for a different kind of Scotland. We need to stand up to Westminster politicians who are trying to shift blame for our economic woes off bankers and onto immigrants; off the rich and onto the unemployed. I’ll be campaigning for a Scotland that’s run for people, not for profit; that hands power to communities, not to corporations.

“To win the referendum, it’s going to be crucial that Greens inspire people with a vision of a different kind of Scotland – where we build an economy which pays work properly and respects carers; where we see public services as the bedrock of our civilisation; where we put equality ahead of greed.”

“Maggie Chapman will build on the good job Martha Wardrop has done in the role and we’d all like to thank Martha for her work. Our eyes are firmly on getting Scotland its first Green MEP and securing a Yes vote in the independence referendum.”

Maggie was endorsed and Patrick re-elected in a postal ballot of Scottish Green Party members. Other officers elected were: 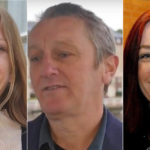 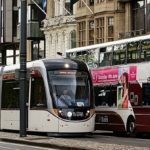