Hong Kong is Occupied – but what comes next?

Hong Kong, with its gleaming skyscrapers and an economy relatively unscathed by the 2008 global crash, is the poster boy of free market capitalism. Since its handover back to its birth parent China in 1997, the former British colony has formed a tense relationship with central government.

Mainland money flushes the property market in Hong Kong, with housing costs skyrocketing in recent years, and the influx of mainlanders has put pressure on its healthcare and welfare system. Meanwhile China sees Hong Kong as ungrateful as it feeds the city with money in tourism and investments.

Nevertheless, politically speaking, Hong Kong has been reasonably comfortable, with minimal unrest and a striving economy. Compared to China, the city enjoys a great degree of freedom; freedom of the press, freedom of speech and freedom of protest. Hong Kongers love a good protest, it is the most open and expressive way to voice discontent. We even clean up after ourselves after our marches. I, myself, first took to the streets at age 6 after Tiananmen in 1989, though it must be noted that the context here is different.

Mass disobedience can shift political landscape and turn up the heat and have, on occasions, forced authorities to back track on their proposed moves. In 2003 plans to enforce article 23 of the Basic Law, a legislation banning acts of ‘treason, secession, sedition and subversion’, were dropped after half a million took to the streets. Patriotic and national education was blocked in 2012 after critics accused the government of trying to brainwash children, causing mass protests, fronted by a then 15 year old Joshua Wong.

Hong Kong Special Administrative Region (HKSAR) operates on a ‘One Country, Two System’ basis, a political framework drawn up in 1984 in the Sino-British Declaration, with Mrs Thatcher vowing to protect the freedom of its market economy – pardon me – the freedom of the people of Hong Kong. It insured the region’s independent judiciary and self governance.

However, it must be noted that very little concern was given to the region’s democracy before this time. At present, the post of the Chief Executive is elected by an elite committee of just under 1200. At the time of the handover in 1997, Beijing had promised that by the 2017 election, Hong Kong would be able to elect its own head of state by universal suffrage. A campaign formed in 2013 following the ethos of Martin Luther King and Mahatma Gandhi, Occupy Central with Love and Peace, had planned peaceful yet persistent protests on China’s National Day 1st October 2014 should this promise be compromised.

The clinch came when Beijing stipulated that Chief Exec candidates will be vetted by yet another elite committee in August this year, a move that has made HKers feel more systematically squeezed in what is already a difficult relationship with Beijing. Since last Monday, students in secondary schools and universities (the future voters) have boycotted classes, organised mass sit-ins, and circulated instructions for homemade masks to protect themselves from teargas. It’s not quite the Anonymous mask but it does serves a symbolic as well as practical role, commandeered by a generation still reeling 25 years after Tiananmen. On the mainland, social media has been scrubbed and polished, with Instagram blocked as of Sunday night so images of mass dissident cannot be spread – all in the name of social stability.

For the last 3 days, international attention has turned on Hong Kong’s financial district, Central, where tens of thousands of HKers have gathered in solidarity for what they call the Umbrella Revolution. Roads have been brought to a standstill, clashes between protesters and police forces have been rife, pepper spray and teargas have been used. On Friday, amidst confusion of whether to mobilise the crowds, Joshua Wong, now 17, issued a hot-blooded command for fellow students to charge the area in front of government headquarters; an area of private property that had previously been open to the public. This battle-cry has brought the protests to a head. More and more have joined them; the teargas intended to disperse the crowds has only strengthened the indignation from the grassroots; satellite crowds gather in the commercial areas of Mong Kok and Causeway Bay. I worry for the safety of my friends who work in these areas, my mother who frequents these places on errands, the crowds of protesters, and the police who face them. I also worry for the political mindset of my fellow HKers.

The main agenda for the current protests is ‘true universal suffrage’ at ‘international standards’, without controls from central government or vetting of candidates. There are cries for support from Hong Kong’s former colonial masters and other international leaders. But there is little recognition that most presidential and prime ministerial candidates in the West are also vetted within their own elites.

Of course it could be argued that in the West these candidates are nominated amid partisan politics that encourages debate, whereas China is a one party country. Yet it is most worrying that support is garnered from words of the last British governor Chris Pattern, himself unelected, whose introduction of the electoral reform for Hong Kong’s Legislative Council only sought to deepen separatist feeling within the city. The last time the city was so steeped in chaos was in 1967 during anti-British sentiment; today anti-Beijing slogans are being chanted.

Things are unfolding at such a rapid pace that no one really knows how it will all end, there are scenes of anarchy followed by pictures of calm and obedience. It is encouraging to see the city uniting in its indignation, yet there is no clear leader which could mean later splits in the movement. There are also many who do not support the ongoing protests. If what Hong Kong is after is ‘true democracy’, it must be prepared for the possibility, however remote, of independence and I wonder how many on the streets are ready for a complete cut from China. And if the people of Hong Kong are able to win democracy on their terms, with a pro-democracy leader, how can we ensure that there will be no political gridlock within the ‘One Country, Two System’ framework? At present it feels very much a populist movement with a call for CY Leung, the current Chief Executive, to step down. Overthrowing an unelected head of state may be the stuff of revolution, but after that, what’s next? 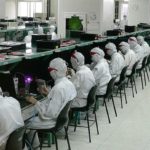 How coronavirus is impacting workers in the electronics supply chain

« Energy revolution & devolution: Does Scotland have the power to clean up its act?
Most Scottish charities supported independence. Next time, they should say so »