From splendid isolation to solidarity – a tale of divestiture

In finance and economics, divestment or divestiture is the reduction of some kind of asset for financial, ethical, or political objectives. A divestment is the opposite of an investment.

It’s an already well-trodden argument that inequalities are rising, and if anybody still doubts it, then they need look no further than the work of respectable, by his own admission non-Marxist economist Thomas Piketty. Last Spring, he confirmed theoretically, with hard figures and graphs what we, ordinary people know full well – that honest work alone no longer results in economic well-being, that the benefits of global economic growth will not trickle down, and that instead those who own capital get richer every day simply by going to bed in the evening and waking up to more wealth. What’s more, their children are not only shielded from the pains of ordinary youngsters, but also given an unfair head-start in the shape of top-notch schooling and networks of influence that propel them into the best jobs with the best remuneration. Meanwhile the 99% are left to sweat it out seemingly for nothing.

It’s enough to make one’s blood boil and to plot dark revengeful revolutions – because of course the top 1% will never willingly give away their privileges, but continue to enjoy these with impunity and in splendid isolation. Or so we’re told.

But let’s pause awhile to consider who the 1% are. They might be closer to us than we think, they might even be our friends and comrades. I myself admit to being pleasantly surprised and inspired to write on this topic after reading Adam Ramsay’s honest personal account of the ‘collective childhood dislocation’ that happens in our public schools.

The fact is that some people born to riches (especially younger ones) can and do decide to work against a meaningless life spent separated from the rest of us, and in favour of a better one where they give away at least part of their class privilege so that they can join in the fight for a better future for all. Science fiction, you say? Before you dismiss the notion, consider that it is often a miserable life being wealthy. In a relatively recent research funded by the Gates Foundation, ‘the wealthiest set revealed they are an unhappy bunch’ and we may all have heard about the ‘Buffet rule’ introduced by President Obama and initiated by billionaire Warren Buffet. Problem is, giving up that extra money is not an easy undertaking.

Much is made of the effort required for poor people to seize the initiative and somehow ‘lift themselves out of poverty’ and the satisfaction one can get from ‘getting off benefits’. But how about the effort required by those who grow up with inherited wealth to lift themselves out of an equally powerless situation, where they often do not know how to survive off their own backs (they effectively live on benefits)? More often than not, the rich are not even in charge of their own money, which is blocked and obfuscated in trust funds and investments. It looks very much like powerlessness when a celebrity says they were ‘clueless’ about their own tax payments. It looks very much like irrational fear when another flees the country because they may lose some of their fringe benefits to a slightly higher tax threshold.

Truth is (and I speak without the slightest trace of sarcasm), many super-rich are totally devoid of power and skills when it comes to finances. It takes work and determination if you are born into huge wealth, to make sense of a reality where you are separated from most of those people who are not like you, to overcome the huge sense of loneliness and false arrogance inflicted upon you by your upbringing, to shed the trappings of wealth and turn against your class as it were. I speak from long years of experience of working alongside people trying to do just that, and I know that it’s tricky to be ‘downwardly mobile’ and to do so with integrity and humbleness. It’s a skill.

I am not talking of the Bill Gates’ of this world who charitably give a portion of their immense earnings. Charitable giving only ever ‘touches’ the income on capital and often results in tax relief for the giver. In and of itself it’s not going to reduce wealth discrepancies. Remember Piketty? As long as one relies on capital returns, one’s wealth cannot fail but increase. It’s rare that a wealthy individual takes the bold decision to divest him or herself of their capital, thus going to the core of what causes economic inequality.

Still, such individuals do exist and sometimes they even set up organisations focused on supporting their wealthy peers to move towards divestiture. Take Resource Generation, a US based group of young people with wealth and class privilege that has made it their business to organise their peers to become ‘transformative leaders working towards the equitable distribution of wealth, land and power’. I invite you to take a look at their website and be inspired. They are cool, knowledgeable, radical and above all – supremely organised.

Resource Generation is not a fundraising outfit – they do not give grants and they do not support worthy projects. Instead: they put their weight behind the Occupy movement in well thought out and targeted direct action stunts; they take practical steps to tax the richest 1%; they live by strong anti-racist and Green values; they teach young people with unearned wealth how to take control of their finances and move towards giving away their money; and my personal favourite, they encourage and guide people with wealth in setting up ‘cross-class relationships’.

The lesson in this is not that rich people have the power to change the world (ultimately it is political and social movements like ours that will do that), but that there are wealthy people out there who are more than willing to pay and work for solidarity with the 99%, and who know how to do that. That should put a smile on our face. 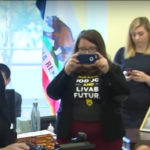 As the Green New Deal goes mainstream, it needs protecting from liberalism

The myths and realities of government spending 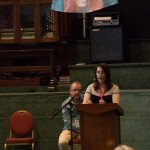 Orlando is first and foremost an LGBTIQA issue

Violeta Vajda is a researcher and activist working to end anti-tziganism (racism against Roma people). She lives and works in Budapest, Hungary, where she leads a program to create the basis for grassroots political advocacy in Roma communities and beyond. Violeta is Romanian and Hungarian and is a member of Lewisham Green Party in London, UK.
View all posts by Violeta Vajda →