Greens must not repeat Lib Dem mistakes on race

This piece has been reposted  with permission from Lester Holloway’s personal blog, where it first appeared on 26th December 2014. 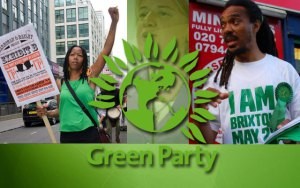 Opinion polls currently have the Greens roughly neck-and-neck with the Lib Dems, suggesting Natalie Bennett’s party could be set for a bumper general election result in just over four months’ time, in terms of their overall popular vote anyway.

Viewed in context, popular support for the Greens today is half the level that they enjoyed in the 1989 European elections (15%) however there are crucial differences that will give them hope that at the coming general election they may enjoy their best result yet.

Running parallel to this resilience in the polls is another development new to the Greens but perhaps equally as significant. For the first time in their history they are attracting notable support from Britain’s black and Asian communities. The Greens have a unique opportunity that may either form a bedrock for future growth or be a fleeting opportunity lost, never to be seen again. Yet if they wish to retain and build on support from BAME communities they must learn lessons about how Clegg’s party won and lost BAME votes in a short space of time.

The Greens are currently attracting plenty of young BAME members, but even more importantly they are also signing up some highly influential grassroots activists. Rashid Nix, a campaigner and documentary film-maker ran in the local elections in Lambeth and is set to contest the Dulwich and West Norwood parliamentary seat, while Sara Myers, who led the high-profile successful campaign over the controversial ‘Exhibit B’ human zoo exhibition, has joined the Greens in Birmingham.

They may not be household names among middle class white Greens, but both individuals command a strong degree of support and confidence at a community level. Keeping hold of the likes of Nix and Myers, and attracting new activists of similar standing, will be a key challenge for a party that has traditionally been mono-cultural in makeup.

The inability to recognise and value BAME activists with community connections has long been a Lib Dem failing. Amjal Masroor, Mohammed Shafiq, Issan Ghazni and Abdul Malik are among the most influential Muslim figures in the country, respected by a large number of powerful Imams who in turn influence many tens if not hundreds of thousands of worshippers.

Much of this support dates back to Charles Kennedy’s opposition to the Iraq invasion, but Clegg’s party inexplicably failed to capitalise on this rich potential access to the Muslim mainstream. Beyond the faith communities they also have the likes of Ruwan Uduwerage-Perera, a founder and former general secretary of the National Black Police Association, and until recently myself, a former Editor of a national African and Caribbean newspaper and officer with Operation Black Vote.

I never felt the experience and connections of BAME Lib Dem members were truly grasped at any level within the party. They place more stock in celebrity, making Floella Benjamin a baroness. She is certainly well known but not for her politics. The promotion of ready-made stars sends out all the right signals to all communities, but those signals are stronger with their core vote than the ones they hope to win. Among more sceptical observers this is but a stunt not proof that the party itself will be more welcoming to them.

If the Greens are to do things differently they will need to better understand and appreciate that name and face recognition only chimes with credibility when it is matched by a track record of representin’ at the grassroots.

Environmentalists and Dalston hipsters may not have heard of them, but to treat these recruits as any other ordinary member would be a huge waste of their talents and reach. Of course on one level they wouldn’t want any special favours, but it is clear that a large number of African and Caribbean people will be looking closely at what Nix and Myers have to say. People like that have a ‘constituency’ without even running for election.

At least the Lib Dems have the ‘excuse’ that they have a philosophical tendency to interpret equality so literally they break out in hives at the very thought of treating anyone more favourably than another, notwithstanding their natural preference for white middle class men. Not that this is any defence. The Greens, by contrast, have no excuse whatsoever. As a party they are naturally more inclined towards the traditional Left approach of action to address inequality and environmental damage and desire action not merely good intentions.

In that sense, the Greens are perhaps better placed to build on their growing BAME support than the Lib Dems have managed. But when it comes to ‘race’ that does not mean the Greens will necessarily do any better in reality. Yet they must; it will be even more unforgivable if they too squander the presents that appear under their tree.

Despite the good track records on race equality and justice that MP Caroline Lucas and MEP Jean Lambert can boast of, it is fair to say that overall the Greens have not done nearly enough over the years to win the support of BAME communities. Proof of this can be seen in places like Hackney, one of the most diverse constituencies in Britain, where the make-up of the local Greens does not come close to reflecting the neighbourhood.

Granted one of their vice-chairs in of an Asian background, yet I remain convinced the Greens are still woefully undiverse and have not worked hard enough to win new recruits like Nix, Myers and a cohort of young black and Asian members who have flocked to them recently.

Rather those individuals have arrived of their own accord, partly a consequence of the Greens appearing as the most radical Left outfit, partly a symptom of the growing desire for a ‘none of the above’ alternative, and partly the result of Labour’s vacillation on issues like austerity, immigration and Ed Miliband’s unconvincing image.

With Britain’s non-white population currently at 14%, and predicted to rise to 36% by 2050, it makes sense for the Greens to entrench support within BAME communities. It promises them more sustainability from one election to the next, moving away from the peaks and troughs of the past which saw them go from 15% in the 1989 Euro elections to 0.5% just three years later at the 1992 general election.

Can they do it? That’s a big ‘if’. As the Lib Dem experience shows, a wish to be diverse rarely if ever translates into reality without wider cultural change; a willingness to challenge behaviour; diligence in monitoring membership including recruitment, retention and promotion; identifying and utilising talents and connections; boldness in policy-making (such as plans to tackle disproportionate unequal racial outcomes); creativity and strategic thinking in reaching out to BAME communities; ‘race’ being on their political agenda; and a strong determination by all senior members to make it happen. Consistently not as a short term fad.

If the Greens really want to succeed in this area they will need to expect internal resistance and be ruthless in overcoming it. It will reap significant electoral benefits to them for years to come and hand them the opportunity to permanently leapfrog the Lib Dems and bite a sizable chunk out of Labour’s inner city support.

This is a test that the Greens have never before faced, yet it is one that has presented itself for them to make. Doing nothing is also a choice, and to do nothing will guarantee the Greens that BAME support will eventually ebb away as it has done for the Lib Dems.

It is a test of how seriously they want to grow. And on occasions that will mean challenging themselves even when they believe everything is already rosy in the garden. There will be times when, however comfortable they feel they are with themselves, they will need to change. If the Greens are not awake and alive to the experiences of BAME members they may be guilty of unconsciously (or consciously) tolerating an environment uncomfortable for some.

Black activists should not be expected to hand over their networks or deliver communities on a plate to any party; if they are working well with the party those networks will get to know about it and word will spread in the right places.

And if the Green & Black alliance is to work there is one more thing that Bennett and other top Greens will need to prepare themselves for. A world view that is significantly different from theirs. This is another area the Lib Dems have struggled with. Yes, all BAME Lib Dems believe in the broad principles and vision of British Liberalism, but they also hold a range of other perspectives that are rarely incompatible with the party but sit very much outside it. Culture, history and faith all bring different outlooks.

Many African and Caribbean activists come with an understanding of Afrikan history in this country, in the Mother Continent and everywhere the Diaspora went or were forcibly removed to. Black activism is not just a series of campaigns but part of the collective community history. Pride in being Black / Afrikan and of the great achievements and civilisations, the striving for justice including reparations for enslavement, an analysis of the struggle and of the nature of white supremacy, and spiritually are all interwoven strands. It scared the bejesus out of the Liberal Democrats. Greens will need to be more open minded.

Ultimately if the Greens want to make serious progress on racial diversity their own leadership must be willing to shift from merely spreading the party message and brand to engaging with communities in new ways beyond their tried and tested methods of campaigning.

Can the Aussie Natalie Bennett turn British politics on its’ head? She has the opportunity to. I’ll be watching with interest.

Endnote:
I wasn’t intending to mention explicitly that I am not joining the Greens, as this blog is written from the standpoint of an independent commentator. However the nature of politics is such that, having recently left the Lib Dems, speculation may arise that I am paving the way to join the Greens. I’ve decided to add this postscript to make it clear that I’m not!

As a part Liberal part Socialist, I am attracted by the Greens Left radicalism but often dismayed by their anti-Liberal tendencies, and I feel their policies frequently lack depth of thought. Their positions are naturally oppositionist, as befits a party of protest, but as the general election approaches they will be scrutinised about what unique positive proposals they have and how worked out and costed they are. That said, if I had an opportunity to vote for Nix or Myers I would do so without a shadow of a doubt.

« ‘What are you afraid of boys?’ – Greens step up TV debate campaign
Just one full day left to vote on motions for Green Party conference »