Left Unity to back anti-austerity Greens in General Election 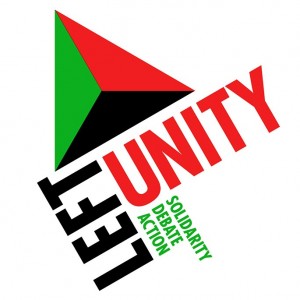 In a massive step forward for the left in the UK, one of the largest left-of-Green parties, Left Unity, has today issued a statement saying it will actively campaign for Greens who have a track record of fighting austerity in May.

The statement, emailed to its 2,000 members and thousands more supporters this morning, could be a breakthrough for the British left.

It comes after the election of Syriza in Greece – a platform backed by the Greens that brings together most of the left-wing forces in the country.

Previously some members of Left Unity have been skeptical of alliances with the Greens given Brighton Council’s refusal to set illegal ‘no-cuts’ budgets. But recent moves there, plus developments in the rest of Europe may have persuaded LU to back an electoral coalition – actively campaign for left-wing candidates from larger progressive parties.

Candidates must demonstrate “that they will never vote for austerity and [their] record [must] lead us to believe that they are sincere” to win LU backing – including feet on the ground.

The aim is to “[unite] around one anti-austerity candidate in each constituency” – in most cases this being the Greens.

Here’s the statement in full:

Greece’s Syriza government is the greatest challenge to austerity that Europe’s elites have yet faced. The Greek people’s fight is an inspiration to us all.

For us on the left in Britain it also poses a question: how can we present the biggest and most united opposition to austerity possible in the coming general election?

As a sister party to Syriza, sharing its wide range of radical left politics, we hope you will join us in Left Unity and support our member-led election campaigns. But we know that to win our central priority, defeating the big parties’ consensus on cuts, a wider alliance will be needed.

So we make this public pledge: we will support any candidate, whether they are from the Greens, the Labour left or a smaller party committed to equality, who states clearly that they will never vote for austerity and whose record leads us to believe that they are sincere.

Not only will we not be standing against these candidates, we will actively campaign for them where possible.

We will make every effort to negotiate with other parties who are prepared to enter into democratic discussion, with the aim of uniting around one anti-austerity candidate in each constituency. We call on the whole left to do likewise.

Equally we will vigorously oppose all candidates, whatever their party, who claim there is ‘no alternative’ to the cuts or that they stand for ‘fairer cuts’.

As Syriza MP Costas Lapavitsas has said, “if a powerful alliance of leftwing forces emerged across Europe, the nightmare of austerity could be ended… Europe would be transformed.”

We hope this will be a positive step towards the defeat of austerity in Britain and across Europe.

A nice boost for genuine ‘left unity’ in the UK…