‘We need to represent the most marginalised voices and support local students’ unions achieve their goals’: interview with Sorana Vieru

In the fourth of a series of interviews with some of the left-wing candidates for NUS leadership, William Pinkney-Baird interviews Sorana Vieru, standing for Vice President Higher Education at NUS Conference next week. 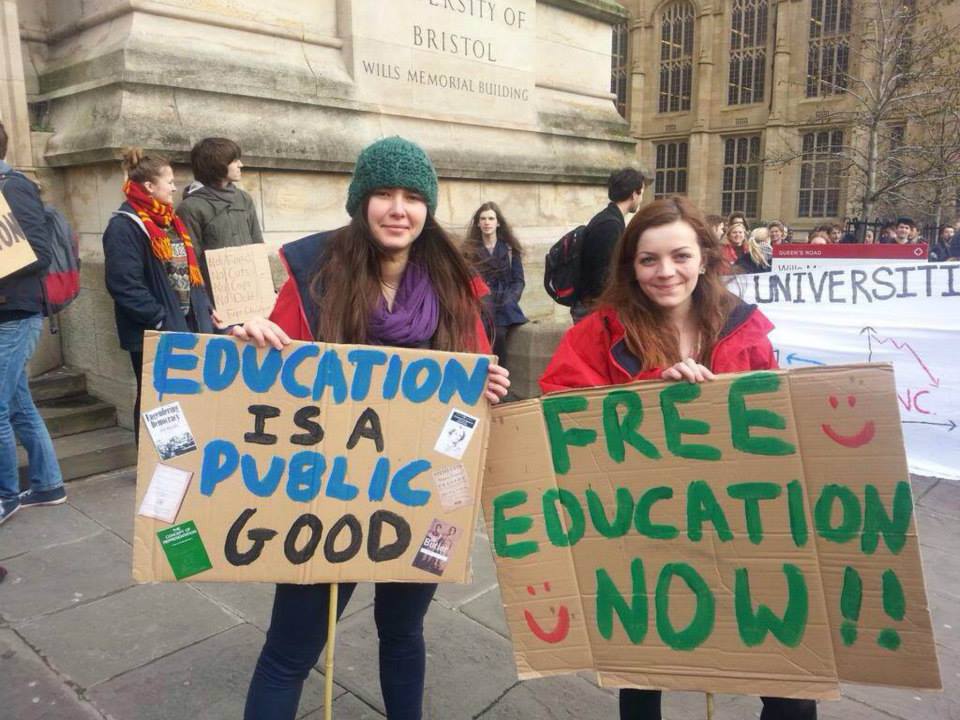 Sorana Vieru has been a student for seven years—as an undergraduate in Birmingham, and then as a Masters and PhD student at Bristol, and is currently taking a year off from her PhD to be a full-time postgraduate students officer at Bristol Students’ Union. She now wants to be the Vice President Higher Education for NUS. I recently talked to her to find out why she wants to stand, and what she’ll do in the role if she’s elected at NUS Conference next week.

Sorana said that she’s standing ‘because the NUS Higher Education campaign needs to do better at articulating that education is a public good’ and that it is ‘winning for students’, as well as working better ‘at representing the most marginalised voices and supporting local students’ unions achieve their goals.’

She criticised NUS for being too bureaucratic, for being inaccessible and too dominated by sabbatical student officers, and for not doing enough for mature and part-time students.

Sorana believed her lived experience of seven years as a student, as well as her involvement in campaigning for her student union—for instance in passing free education policy and in organising a coach to the national demonstration for free education—would prepare her for the role.

In terms of issues she would prioritise, there were quite a few: free education (not just tuition fees, but also fighting for better maintenance grants and bursaries), issues with liberation (more liberated curricula and the closing the BME attainment gap), and a better course rep structure within SUs. She said she wanted to ‘deconstruct the notion of what a course rep means – that a course rep should be an activist, campaigning to make structures as inclusive and accessible as possible, and working with all kinds of students, not just full time undergraduates. By doing this, she said, we could be ‘building a generation of activists, on the ground.’

If she’s elected, she would have the position for 12 months. I asked her what she’d hope to accomplish in that time. She said she want a review of the proposals of a new postgraduate loan system. Though she believes that education should be free at all levels of study and for all students, she argued that in meantime we need to focus on making the proposed postgraduate loans as fair as possible—applying the system to the whole of the UK rather than just England, including applicants over the age of 30, and not limiting the amount to £10,000. With an uncapped system of postgraduate tuition, she argued, fees could be hiked up to £10,000, meaning that there would be nothing left for maintenance—thus, the ‘system needs to be reviewed to create a built-in maintenance grant or loan within it.’

She also argued that it was important to win arguments on campus about what free education means. I asked what free education means. Her answer: free education ‘is a system where people do not pay for their education but also an education system that is liberated, and essentially makes you a better person, it’s a journey of development and opening your mind and also challenging the status quo and meeting people and being part of a really thriving and intellectually stimulating education community.’ That was the philosophy student in her speaking, she said.

‘We need to get outside of the echo chamber of people who agree with those arguments’, she argued, and rather than ‘getting wound up, fighting over tactics and bickering amongst ourselves’, we need to ‘have grassroots activism and have conversations on campus, discussing those issues and winning arguments, within our institutions, our communities, and nationally.’ Only then, she said, can we reach out to the most marginalised students who ‘feel really disenfranchised with student politics, with party politics, with politics in general.’

She was also worried about the Prevent and Counter-Terrorism Bill, which she saw as ‘clamping down on academic freedom’ and with really worrying implications for limiting the power of students unions. In addition to providing guidance to activists and SU officers on challenging their institutions, she also wanted to ‘help local students unions forge relationships with trade unions in coming together and fighting these developments’—as this issue is majorly affecting staff on what they can teach and what they can publish.

If she’s elected, Sorana said, she would visit over 60 unions across the UK over the 12 months I the position. She would also priorities working with the NUS liberation camapaigns, particularly in ‘in coming up with a national framework on how students and staff can co-design the curricula and come up with alternative assessments that test a wide range of skills in order to tack the early attainment gap and elitism within our institutions.’ As it is, she said, ‘Higher Education Zone does not do any kind of intersectional work, we don’t even meet with the sections – like the mature and part-time and post graduate students.’

She also said that she would uphold the democratic will of conference, and be ‘the kind of VP who’d never led students’ voices down’: ‘If we are a truly democratic National Union of Students, we should be enacting the policy regardless of what we think.’

Finally, I asked Sorana if she had any concluding remarks. She said: ‘I would be leading a Higher Education Zone that isn’t single issue, that’s fighting against cuts and fighting for free education, but it’s how we do it—we need to fight smart and we need to be thinking… there’s a lot of issues that are impacting on students in higher education right now, we should be a strong campaign with lots of activists on the ground that feel empowered.’

« Sturgeon, Bennett and Wood have blown open English politics
The Labour Party has never lived up to its ‘socialist’ dream »