“R.I.P. Pride” funeral leads the London LGBT Pride march ahead of Barclays and chases UKIP off the parade.

A coalition of individuals belonging to LGBTQI communities and holding a ‘Pride Funeral’ procession, broke through barriers at Oxford Circus to lead this year’s London LGBT Pride Parade.

Coffin bearers, flag wavers, banner holders, an undertaker and a samba band sounding a slow funereal beat, all resisted security and stewards who attempted to physically remove them from the street. With flags baring messages of solidarity, politics, freedom and anti-commercialisation, RIP Pride activists solemnly strode the route section from Oxford Circus toward Embankment, until its final destination at the foot of Whitehall. The group’s action was one of sombre defiance against the fee that Pride organisers now charge those who want a place on the historically significant LGBT parade.

Anger at the annual parade reached unprecedented levels this year, when news of UKIP’s inclusion in queer festivities were originally confirmed. This involved a key position for UKIP at the front of the parade. The queer community outcry for UKIP removal, resulted in Pride organisers disinviting them, citing ‘health and safety concerns’ rather than recognising the grievances of those who raised concerns. One of the organisers later went on to call members of the community concerned by the inclusion of the far-right party, ‘hypocrites’ (1).

However, it transpired that a group of men holding UKIP placards were one of the first groups marching on the parade, closely following Barclays. RIP Pride mourners were reading a Pride eulogy around their grounded Pride coffin when they spotted UKIP marching near the front. Those in the funeral procession confronted UKIP waving their flags and chanting, and this ultimately lead to UKIP supporters leaving the scene, in the face of growing hostility.

Dan Laverick a mourner at ‘RIP Pride’ said: “We’re here to remember what Pride started as, and its radical legacy. We’re also here to protest against what it has become.

I’m here to grieve over the soulless corporate character of ‘Pride in London’, which has nothing to say about LGBTQI issues today such as 1 in 4 homeless people in the UK being from our community, the people seeing services upon which they depend cut as part of the austerity agenda, or the loss of queer spaces in London to property developers serving an international elite. To invite a party like UKIP which attacks migrants, people living with HIV, homosexuals, and any other vulnerable minority as it suits them, was the final nail in the coffin.”

Dada Schling a mourner at ‘RIP Pride’ said: “We broke through at a crossing point by Oxford Circus and were immediately met with some resistance from the stewards and private security. With some of the crowd shouting support for our right to peacefully protest for free (as people now have to pay to take part in Pride), we broke through and set off, with drums playing and coffin intact, to have our funeral procession for Pride. It’s the small victories of today that made it a resounding success in my opinion, and hopefully next year, who knows, there might be a bigger movement of people who want to take Pride back to its grassroots.”

Dan Glass a mourner at ‘RIP Pride’ said: “It was so great to see Pride return to it’s roots as a protest rather than just a parade. Pride should have strong political principles with equality for everyone at it’s heart not just big business or any organisation who wishes to milk the LGBTQI community dry. Our demand is that the organisation of Pride becomes democratic: decision-making power should be taken away from the current unrepresentative, largely corporate Board and an LGBTQIA assembly should be established, to decide the theme and direction for Pride in 2016 and onwards.

RIP Pride published a Eulogy to Pride ahead of yesterday’s march:

We gather today to farewell Pride. Let us take time to reflect on the Pride we knew.

Pride was everything: our beloved, gender-neutral, inclusive, poly forebear. Pride, the upstart, came out to London in the early 70s, during a social climate in dire need of challenging. GLF UK and Stonewall demonstrations sparked LGBTQI activism and Pride became a London revolutionary.

Pride was our identity.

Pride’s inaugural 1000-strong march in 1972 was a rally against society’s mistreatment of queers. Queer solidarity grew and our family fought long and hard with Pride, for civil liberty and equality. Through the 70s and 80s, Pride matured as a politically active, grassroots homo.

Pride was transient and knew many identities and residences over the years. Pride had homes at Clapham Common, Hyde, Brockwell, Kennington and Finsbury Parks to name but some. In these places and on marches, human rights were repeatedly demanded for the queer community, and for the broad global spectrum of repressed minority groups.

Pride’s wayward streak began to show some years back. But by the end of the naughties, Pride’s whorish reputation was known world-wide and Pride became adrift from the community. Pride sold out to grubby banking institutions and a posse of corporations on a marketing drive. Pride’s disenfranchised LGBTQI family are now relegated to the parade’s belly and beyond (aka C-section). Homos and their supporters are expected to compliantly toddle along behind corporate bullies. Our Pride is gone.

So it is with great sadness that we bury Pride this day and scatter Pride’s ashes across the stomping grounds of Pride’s past. 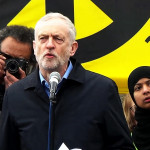 « What is the Green Party?
“The Frack Stopped Here”: Lancashire Council rejects fracking »