Why do we celebrate International Women’s Day?

Alys Mumford is the Co-convenor of the Edinburgh Green Party and a list candidate for the Lothian region. She works at Engender, Scotland’s feminist membership organisation. This blog is based on her remarks at the Word Power books International Women’s Day Dinner.

As a feminist, and a socialist, it is a huge pleasure to be able to be writing this on International Women’s Day. Which was, of course, originally called International Working Women’s day. And by working women, of course, we mean all women. Financial remuneration and visibility in GDP figures does not a worker make. For all women who work to make the world a better place – by offering unpaid care to children and relatives, by campaigning for change, or simply by cheering us up with a good feminist tweet now and again, along with all women in paid work around the world –  this day is for you.

By why should this day be for you? What is the relevance now of a day conceived at the turn of the last century, to women in 2016.

The history of women’s activism and journey towards empowerment begins long before 1909, but that’s where I’m going to start. This is sometimes contested, but it’s a good story so it doesn’t really matter – but in 1909 the first international women’s day was observed to commemorate a strike the year before by the International Ladies Garment Worker Union. Even just the fact that this union existed is, I think, cause for celebration. Think about the history of women in the garment industry. Think about those scenes in the film Suffragette, or Made in Dagenham set 60 years later. Think about the horrendous conditions that women garment workers still face around the world, and the terrible tragedies which occur all too frequently when the lives of these women, are not valued. And yet in 1908, women garment workers organised a strike lasting 14 weeks, bringing attention to the sweatshop conditions women were working in, and gaining considerable improvements in employment practices.

So certainly worth celebrating then. But it’s also worth more than simply celebrating as a commemoration of an historic event.

What were women’s lives like back then? There was no vote for women, certainly. There was extremely limited financial autonomy, or power over their own bodies. Wives and children were considered property, and, other that household budgeting and domestic duties, most women had no control over housing. Again, for those of you who saw the film Suffragette, the scenes where our hero is fighting to see her children are surely among the most heartbreaking.

Fast forward to the 1970s, and to the formulation of the women’s liberation movement. The problems of women’s inequality remained stark. Sure, we had the vote, and the pill, and other significant gains. But we remained unrepresented, discriminated against, and at risk of sexual and domestic violence. And that’s where the women’s lib movement really came into their own. With the slogan ‘the personal is political’ they shed light on the gender-based violence which was occurring around the world, recognising that it was not ‘dirty laundry’ never to be aired in public, but a symptom and cause of women’s inequality across all areas of society.

Here are the 7 original demands of the Women’s lib movement:

So fast forward to the present day.

Again, of course, gains have been made. We have a female first minister and a gender-balanced cabinet. Most people recognise we should have equal pay, even if we’ve not quite got there yet. Women have more financial and sexual freedoms than in previous decades.

But the UN predicts that, at this rate, it will be 118 years until we achieve women’s equality. Not sure about you, but I’m just not sure I want to wait that long.

Men still hold the balance of power in decision making – 78% of parliamentarians worldwide are men. In Scotland, only 23% local councillors are women. Of the 1223 councillors Scotland has, only 4 are minority ethnic women.

Women are still discriminated against economically. Of the last round of social security cuts, 85% came from women’s incomes.

Violence against women remains endemic, with each new technology bringing sinister opportunities for men to threaten and control women.

And, of course, when women try to celebrate International Women’s Day, we are bombarded with the same old question. (For reference, International Men’s Day is November 19th)

But, today is our day. And it is not a day simply for listing reasons why sexism still exists, or the fight for women’s equality is vital. We know that. Today is a day for celebration. Celebration of the wonderful women, past, present and future who bring us closer to equality and empowerment.

The women fighting for peace. The founders of the Women’s International League for Peace and Freedom who fought against the war, who railed against conscription and sent delegates to speak truth to power. The women who camped on Greenham Common, and those same women who marched two weeks ago against Trident holding a banner saying ‘I can’t believe we’re still protesting this shit’.

The women fighting the cuts. From sisters uncut taking direct action, through to the women I met in rural Fife last week who began by setting up food banks and realised that we need to change the system. They have now set up an anti-austerity project and are educating themselves on TTIP, feminist economics, and political campaigning.

The women standing up for human rights. Fantastic women at the Calais and Dunkirk camps, supporting those fleeing war and other hardship. Women like Berta Carceres, murdered last week, for standing up to corporate power in defence of indigenous peoples and against climate change, and those women who will follow her.

Women around Scotland campaigning for equal representation, for LGBTI rights, for refugees.

To them, and to you, I raise a glass. Happy International Women’s Day. 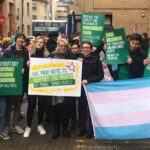 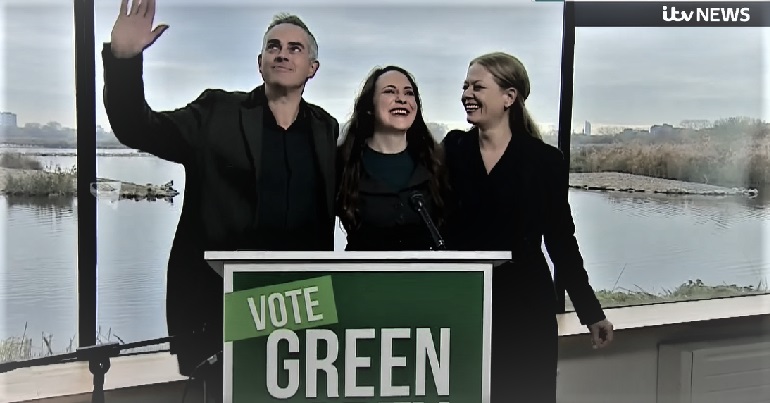 Alys Mumford is the Co-convenor of the Edinburgh Green Party and a list candidate for the Lothian region. She works at Engender, Scotland's feminist membership organisation.
View all posts by Alys Mumford →

« International Women’s Day: the one day in the year to celebrate women
A safe space for the marginalised: Young Greens in Northern Ireland »