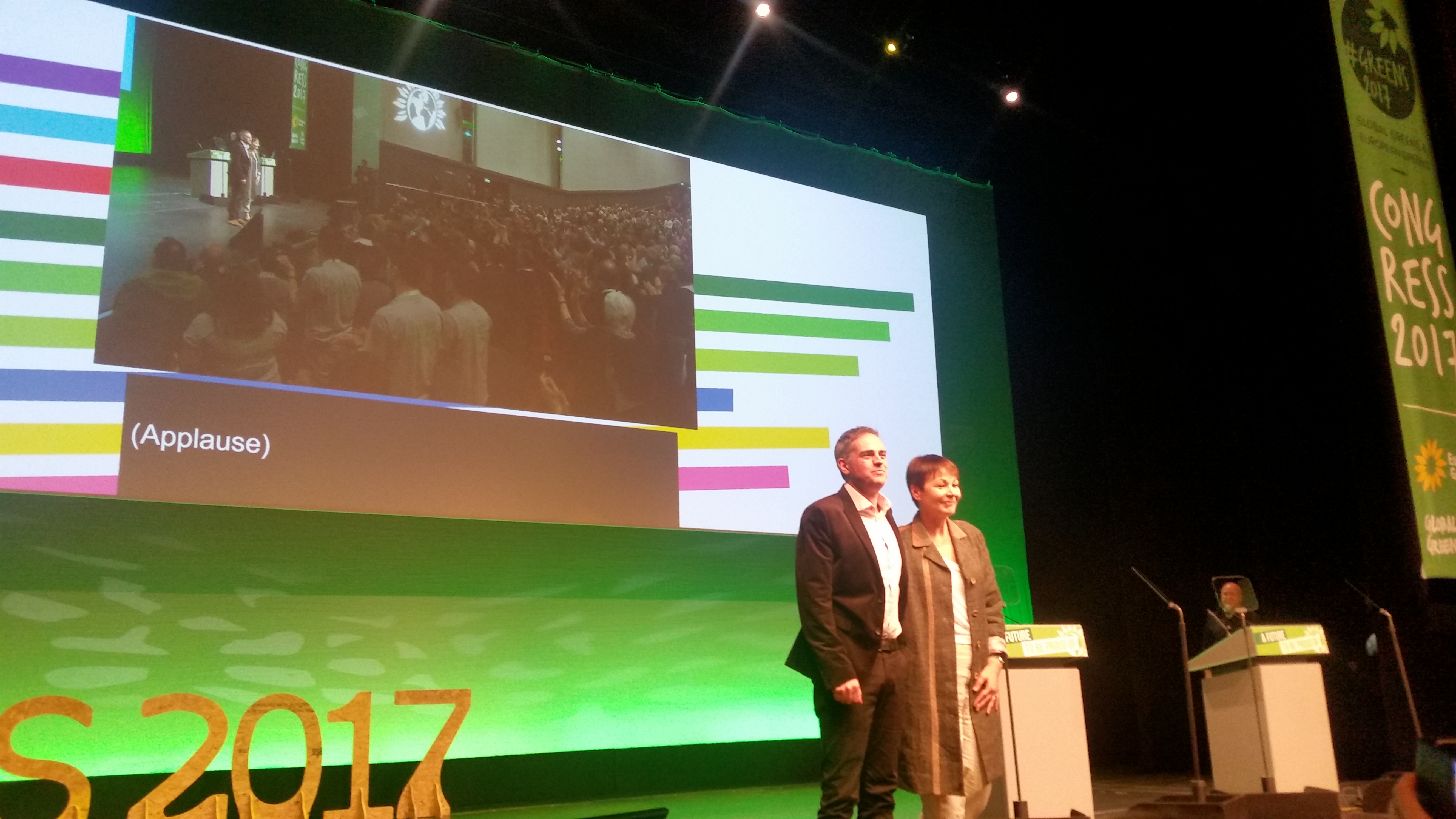 Green Party co-leader Jonathan Bartley accused the Labour Party of ‘trading their red flag for a white flag’ over the EU today.

In a joint speech at the Green Party’s Spring Conference in Liverpool, the Green Party co-leaders Jonathan Bartley and Caroline Lucas MP presented the Greens as the main opposition to the Prime Minister’s ‘extreme Brexit’.

Bartley said: “Where, in all this, where are the Official Opposition? The Labour Party has failed in its most basic duty to hold the government to account.”

The Greens also accused Jeremy Corbyn of ‘running scared of some in [his] own Party, of the right-wing media and of UKIP.

“They’ve traded their red flag for a white flag.”

Turning to the Lib Dems, he said: “No amount of opposition to a hard Brexit will wipe the slate clean.

“Trust has to be earned and the Lib-Dems have let people down – on the NHS, on student fees, and on austerity.”

Caroline Lucas argued the Greens were now the party for Britain’s disaffected youth: “Young people deserve a Party that will say loudly and clearly: freedom of movement is your right, tuition fees must be scrapped and private rents brought under control.”

The co-leaders pitched Greens across Europe as the ones fighting the far-right – most recently in Austria or the Netherlands, while Bartley paid tribute to those who lost their lives in the Westminster attack last week, adding: “Greens will not let terrorists, tyrants or tricksters write the story of our times. And we will not stand by and let the politics of hatred win.”

February saw the Green Party win a by-election against UKIP with 35% of the vote, with the Forest of Dean’s Sid Phelps taking GPEW’s first seat from UKIP anywhere in the UK.

Caroline Lucas also took the opportunity to form a new response to globalisation.

“Trump and Farage are right about one thing.  Globalisation has let people down.

“Some have already started to talk about progressive patriotism.”

She spoke of it as “a way for people to belong that is rooted in place. Turning the rootless ideology of globalisation on its head, whilst also being the very antithesis of nationalism as racism and exclusion.”

The wide-ranging speech saw the party introduce new policy on inheritance tax – with calls for it to be based on the wealth of recipient, not the donor – while the party also launched calls for a new Environmental Protection Act: ‘one that takes everything good about EU law, and then goes even further’, according to Bartley.

Both leaders were introduced by the European Green Party’s co-spokesperson Reinhard Bütikofer, an MEP and prominent German politician.

Contrasting with EU council president Donald Tusk’s comments to Britain (‘We miss you already’), Bütikofer said: “We’re not going to miss you – we will continue to stand together and fight for the same values.”

Green Party spring conference runs until Sunday. The European Green Party and Global Greens are also holding their Congresses alongside it – making it the largest Green Party conference ever.

This piece first appeared on the site Left Foot Forward and can be found here: http://leftfootforward.org/2017/03/greens-accuse-labour-of-trading-their-red-flag-for-a-white-flag-on-brexit/