Sadiq Khan’s congestion charge is disastrous. This union has an alternative.

Sadiq Khan may be a Labour Mayor of London, but his response to the capital’s crisis of air quality show that he has lacked the courage to move beyond austerity ideology. His move to revoke private hire vehicles’ exemption from the congestion charge from April 2019 was met by over 1,000 minicab drivers turning out to protest the decision at Transport for London (TfL) Offices on the morning of January 14.

Drivers organising with the Independent Workers Union of Great Britain (IWGB)’s United Private Hire Drivers (UPHD) branch have rejected the policy as a “tax on the poor” which stands to slash drivers’ take home pay by up to 25%. TfL’s own impact analysis has shown that this will disproportionately disadvantage poor and BME workers. 71% of TfL licensed minicab drivers hail from designated deprived areas and 94% identify as BME.

These injustices are the hallmarks of neoliberal environmental policy developed according to the logic of austerity. Politicians like Khan continue to try and address pollution and carbon emissions with regressive taxes rather than mass investment in revitalising our economy. It is the working class, poor communities and communities of colour which endure the harshest effects of pollution and environmental breakdown.

Ahead of UPHD’s protest, Abdurazk Hadi, Uber driver and chair of the London committee of the IWGB’s UPHD branch said:

Instead of targeting the pockets of multinational corporations, Sadiq Khan has chosen to introduce this tax on the poor, leaving us no option but to protest. Unless this charge is scrapped many of us don’t know how we will continue feeding our families and paying for a roof over our heads.

Policies like Khan’s congestion charge further punish those most impacted while letting the rich who profit from our environmental crisis off the hook. The IWGB have proposed an alternative policy including capping the total number of minicab vehicle licenses; replacing the congestion charge with a licensing cost levy on private hire operators; the provision of dedicated rest space to reduce drivers’ time waiting on the roads; and for Khan to use existing powers to enforce workers rights including minimum wage enforcement which could reduce the number of drivers on the road while fairly compensating those that are.

The IWGB’s proposals are radical and innovative. They take seriously the challenges of pollution and emissions in the capital while putting workers’ rights and welfare first. It is a prime example of what a just transition away from carbon-intensive industry looks like. In the short term, workers’ rights are actually bolstered while taking steps to reduce pollution and emissions.

The IWGB’s alternatives also work in parallel with the much more profound changes to London’s economy and infrastructure which must take place to fully address the climate crisis and scale of pollution in the capital. Khan and TfL should respond to these challenges with a program of investment upgrading the capital’s dilapidating and overcrowded Underground to build much needed capacity.

They should also work with private hire operators and the unions representing drivers to provide low-carbon electric vehicles at a heavily subsidised (preferably cost-free) rate, alongside a wider effort to get emissions-producing cars off London’s roads all together with subsidies for those who need to drive. These are transformative proposals which address London’s environmental challenges while creating a city we can be excited about commuting across.

These measures cannot be achieved with punitive disincentives to driving, but by rejecting austerity ideology with a huge investment effort in new zero-carbon industry and infrastructure. The IWGB has powerfully shown that there need not be a contradiction between the labour movement’s immediate interests and environmental injustice. In fact, they’re totally connected. 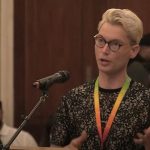