An EU that works for everyone: Peter Underwood for London Green European election candidate

As the government continues its negotiations over Brexit – both with the European Union and the UK parliament – the possibility of the UK participating in the forthcoming European Parliament elections is becoming more and more likely. In light of this, regional Green Parties have begun the process of selecting candidates to fight those elections.

Bright Green is inviting all those standing to be Green candidates for those potential elections to write a short article, outlining why party members should select them. One of these candidates is Peter Underwood, and this is what he had to say:

At a hustings for the 2015 general election I was asked about the EU. I replied that I supported asking the public what they wanted through a referendum; I supported remaining in the EU; and I supported reform of the EU. It is now nearly four years later and I still support all of those positions.

The result of the 2016 advisory referendum was clear – the UK was fairly evenly split between remain and leave. The Conservative Government ignored that referendum result and pushed ahead with Brexit, ignoring millions who voted to remain and deepening the divide in our country even further.

What will happen now isn’t clear and I suspect that by the time this article is published we still may not know. We need to prepare for the upcoming EU elections and so I have put myself forward to be one of our MEP candidates and I’m grateful to have received nominations from across London in order to stand.

Listening to the public

In the Green Party we sincerely hope that the Government will listen to the views of the public, which now appear to show a majority in favour of remaining in the EU. But we must not repeat the mistakes of the Conservatives in completely ignoring the views of millions of people.

We are right to point out that the Leave campaign broke the law in the last referendum and it’s fair to point out that the British public have been subjected to decades of anti-EU propaganda from the press and politicians. However, many of the reasons people want to leave the EU are justified. The EU is far from perfect and we would be foolish to claim otherwise.

Green politics is international and we believe that we will make better decisions if we include a more diverse range of voices in debates. This means that we value cooperation with our fellow Green Parties in other countries and we believe in learning from the wide range of experiences of people across Europe. We also know that in order to tackle international issues like climate change, tax avoidance, and fair trade we need to work across borders. This makes it clear that we should remain in the EU.

But we also know that the EU is not as transparent as it should be. Decisions are too often made in the interests of the powerful and not the people – the financial situation in Greece being a prime example. And too often the focus of the EU has been on free movement within its borders while erected ever higher barriers for people coming from the rest of the world.

In the upcoming European elections we need to make our position clear in order to win over both Remain and Leave voters. We believe in the European project and we can show Remainers that our MEPs have a long history of working hard in the European Parliament. We also believe in reform and we can show Leave voters that we are not ignoring their concerns and we want to make sure that the EU works for the benefit of all its people, not just business and financial elites.

I have worked with European institutions as a civil servant and represented the UK government in EU meetings. I am also a member of the Green MEP Advisory Board and so I have worked with our current MEPs. I believe I have the skills and experience needed to lead our campaign in the European elections and so I am asking you to put me first in your choice of candidates.

Peter Underwood is the press and campaigns officer for Sutton & Croydon Green Party, and is currently a member of the Green Party Regional Council, representing London. He is also 11th on the Greens’ list for the 2020 London Assembly elections.

All articles from those seeking to be Green candidates for London in the European Parliament elections can be found here. 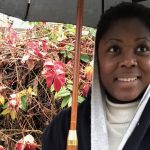