Next up in our previews is Northern Ireland.

The local elections taking place in Northern Ireland are happening against a dark backdrop of the memories of the troubles. Mere weeks before polling day, the journalist Lyra McKee was murdered in Derry at the hands of the New IRA. Since January 2017, there has been no devolved government, as Sinn Fein and the DUP have failed to reach agreement on forming a new power sharing administration. Although talks are restarting, it remains indicative of the depth of divisions that still persist in places.

The Greens are going into these elections hoping to rise above these divisions. And one of the areas they hope to do so is in the capital of Belfast.

Local elections in Northern Ireland are held under the Single Transferable Vote, a far better and more proportional system than the one used in England and Wales. As such, a much wider range of political parties hold office in individual councils. A total of nine currently have seats in Belfast.

One of those is the Greens. In 2014, Ross Brown won one of the seven seats in the Ormiston ward. Anthony Flynn is standing for the party in that ward this time round. The Greens will be hoping to retain their seat this time around.

There are also two other wards where the Greens have a good chance of taking office.

The first is Botanic. In 2014, the now Green Party in Northern Ireland leader Clare Bailey narrowly missed out on winning the fifth seat in the ward. The Greens’ candidate Áine Groogan has run a strong campaign, with significant support from a team of volunteers.

More ambitious is the campaign in Castle ward. The party didn’t field a candidate in 2014 or in 2011. But the Greens benefit from the high profile of their candidate – deputy leader of the party Mal O’Hara. Again, the Greens have been pouring effort into the ward, with teams of activists seeking to convert voters.

It’s likely that the fate of the Greens in Belfast will be decided by a few votes. Should those votes fall the right way, the party will have a substantial influence in the capital.

The stars of the County Down

Bangor is a town south of Belfast that rests on the coast of the Irish sea. In 2014, its people elected two Greens to the newly formed North Down and Ards Borough Council. A third Green was also elected in Holywood and Clandeboye.

This time around, the Greens could do equally well, if not better. On a good night, the Greens could take seats in all three wards in Bangor – Central, East and West, as well as holding their Holywood and Clandeboye seat.

The Green candidate in Bangor West is Barry McKee, who currently holds the seat. He’ll hope to be joined by Stephen Dunlop and Hannah McNamara.

While there are other areas where the Greens also have good chances – Lisburn and Castlereagh in particular – the elections in North Down and Ards are especially important. A heavily unionist voting area, there are just 11 councillors who aren’t staunch right wing unionists of the DUP and UUP. The liberal Alliance Party hold seven seats, and the SDLP hold one. Sinn Fein’s presence is virtually non-existent. That means that electing more Greens to the council has a massive impact. As the leading progressives, they play a key role in voicing the views of non-sectarian progressive voters. 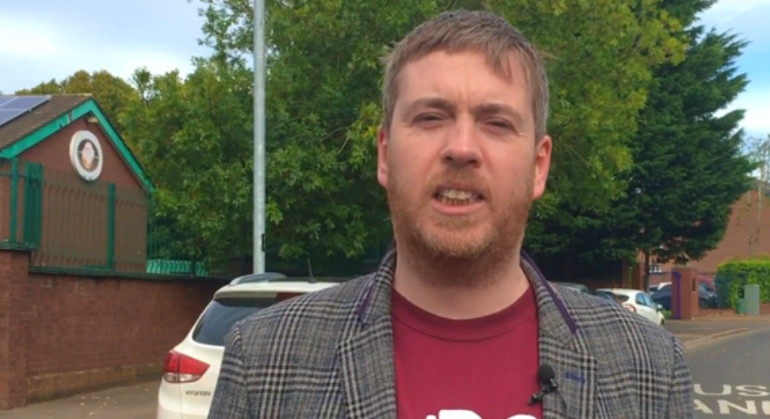