Against rejecting society – why anti-science environmentalism, nature worship and eco-primitivism aren’t the answer 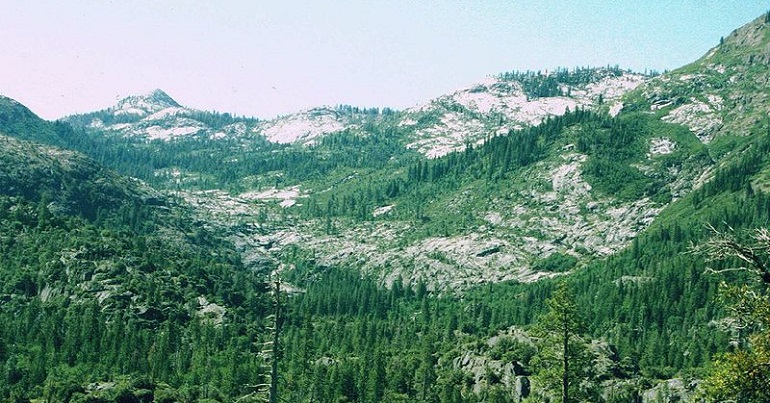 We all know the stereotype of a “hippie environmentalist”. Usually talking about healing crystals, peace and love, and the 60s and 70s. Most often they are presented as obsessed with “mother earth” or “living at one with the planet.”

Whilst a stereotype, there are some people in environmental circles who do incorporate some elements of it. In particular, many see global warming, mass extinctions, and other crises as a result of the development of modern society. Civilisation, with its international economic growth and focuses on technology, seems to be the engine behind current destruction.

Many respond to this view with a complete rejection of the modern project. This can manifest in a number of ways, which many environmentalists I’m sure will find recognisable. Firstly, it may be a rejection of “modern science” and a focus on “natural” remedies for health. A wider rejection comes about in the form of nature worship as a system of values. Finally, a more extreme final symptom is the desire to return to pre-modern living such as anarcho-primitivists.

The link between these views, and their problematic logics must be highlighted.

The modern pharmaceutical industry engages in some disgusting practices, whether it’s increasing the price of medicines overnight by a factor of 50, or the thalidomide scandal with its long fight for compensation and justice. This has led many to point to the need to fight against rampant profiteering in medicine, as well as the colonial and gender deficits of research and treatments.

What this does not justify is the common turn to homeopathy, “natural remedies” and other trends which sometimes crop up in environmental circles. For example, a notable person who argues for greater action to tackle climate change plus supports homeopathic medicines is Prince Charles. A patron of the Faculty of Homeopathy, his activism for the movement has often led to him butting heads with Government and the NHS.

But it’s not just out of touch Royals obsessed with homeopathy. Within the Green Parties of the world there are those who have danced with “alternate medicine”. Jill Stein, the Green Party of the US’s presidential candidate received scrutiny and criticism in 2016 for ambivalent comments around vaccines. Within the Green Party of England and Wales, Caroline Lucas was criticised for supporting a parliamentary motion supporting homeopathic medicines. The party itself changed policies in the run up to the 2010 election, having received criticism for support to homeopathy in 2009.

Ben Goldacre has written consistently about the dangers of alternate medicine movements, and the harm which they can cause. In his longstanding Guardian column, and subsequent book, Bad Science Goldacre systematically goes through many examples of abuses of both alternate medicines and the mainline pharmaceutical industry.

The longstanding temptation to reject “non-natural” medicine within green movements can not only make environmentalists seem silly but can undermine the bedrock of our other rallying cries. If we’re not willing to accept scientific consensus against homeopathy, denialists can call out our demands to respect the consensus around climate change.

There is a gentle tightrope to be walked between the desire to reform medicine as an industry, and the need to respect the science that industry produces. But supporting and even being ambivalent about alternate medicines does nothing for environmental movements.

Where advocates of homeopathy see nature as a superior healer, nature reverence or worship often see the planet as a guide for their wider values. This environmental mysticism usually presents nature as some majestic object of worship and spiritual alignment. And it has a longstanding tradition within environmental movements.

In the 1800s, Ralph Waldo Emerson’s essay Nature, advocated a spiritual relationship with wildlife. When in wilderness he talks of being a transparent eyeball, where the “Universal Being” circulates through him to see everything. This view of nature as some form of vehicle for the holy inspired many in the American environmental tradition.

James Lovelock’s Gaia theory is a more modern take in this vein. Gaia sees the earth as a self-regulating natural entity, one which humans are pushing the limits of. Thus, life on earth is a single intelligent organism, which provides the conditions of its own survival. Consequently, humans must learn to live with Gaia, as part of this organism and not upset these natural limits.

Others have returned to Pagan and Druid traditions, a unifying feature for many of these is focus on nature’s “essence.” As a result of this, there have been notable moments where pagan movements have supported environmental causes. Others such as Paul Kingsnorth, through his Dark Mountain Project, have suggested a rejection of civilisation is a better substitute to normal environmentalism. Suggesting a more mystical natural ethic to find a mechanism to deal with environmental collapse.

Kingsnorth’s projects, and Pagan and Druid variants of nature worship present a problematic situation for modern environmentalism. They allow the space to open up for nationalistic, and genetically deterministic, conceptions of people to enter green activism. White nationalism, inspired by beliefs in ancient Teutonic and Viking tribes has been increasingly gripping pagan movements for example. And Kingsnorth received a lot of criticism for the way his environmentalism quickly came to support a version of nationalism.

Wider reverence for nature tends to downplay the importance of humans in understanding and reacting to any natural limits. It tends to see nature as the single source for ethical demands, ignoring that natural problems may have many social solutions. At best then, nature worship of the New Age kind reduces the needed focus on human praxis. At worst, it can incorporate even more problematic elements as with Pagan racist movements.

The most extreme version of the rejection of modern life is the shift towards the rejection of all technology found in primitivist thinking. This movement argues that it would be beneficial to humans to return to agrarian, or hunter-gatherer societies to live more at one with the earth.

John Zerzan is a notable voice advocating for such a return to hunter-gathering, which he views as superior to the hierarchical societies of agriculture onwards. Even more extreme, Theodore Kaczynski the “Unabomber”, conducted a national bombing spree against those who developed modern technologies in the 20th Century. This killed three and injured twenty-three others. Zerzan and Kaczynski engaged in a long dialogue during the latter’s trial, in fact. Recently, many have been intrigued by the dramatization of Kaczynski’s capture; Manhunt: Unabomber.

The return to nature tradition at its extreme represents what writers like Conor Arpwel have called “the ableist logic of primitivism.” The return does not bring with it modern medicine, and those dependent on modern technology for continued life. Thus, primitivism presents a political practice excluding those who need industrial medicine to live, or at least adapt to hunter-gathering.

Primitivism, nature worship, and even homeopathic medicine advocates in their criticism of modern society thus often end up incorporating an exclusionary logic, particularly ableism. The wholesale blame of modern society for environmental ills lacks appreciation for the empowerment that some technologies and development have brought.

What environmentalism and technology theorists need to focus on is finding the emancipatory potential of modern society. This then has to be stripped of the racism, patriarchy and capitalism which has penetrated and facilitated it.

In attempting to develop a truly ecological society, environmentalists cannot rely on such wholesale rejections as above. New ways of living are possible, but they will come from within the old’s contradictions not out of rejection.