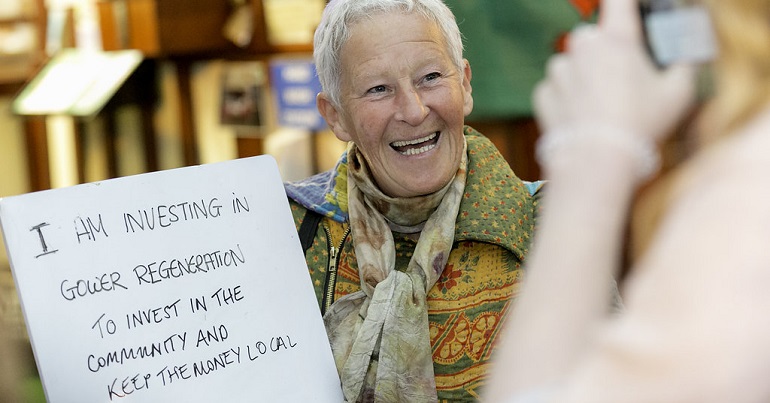 On Friday 20 September 2019, history was made as millions of people around the world took part in Global Climate Strikes in order to make their voices heard, demanding action on climate change, ahead of the UN Climate Summit and General Assembly meetings in New York.

Sadly, yet again we saw lots of world leaders pledging to do more, alongside large financial institutions making even more commitments to act. But we’ve all seen it before and words most definitely need to be backed up by action if we are to win the race to tackle climate change that UN Secretary General Antonio Guterres has warned we are losing and meet the urgency demanded by Greta Thunberg in her impassioned speech to the UN General Assembly.

One of the best ways for people to demand environmental change is to engage much more with their money and don’t take what traditional banks and financial institutions are saying about their environmental and sustainability credential at face value. According to BankTrack, since the Paris Agreement was signed at the end of 2015, 33 global banks have still invested almost $1.9 trillion into financing fossil fuels. Many of these banks whilst funding fossil fuel extraction are also signatories via their investment and asset management divisions to initiatives like the ‘Principles for Responsible Investments’. This kind of double standard in the face of the climate emergency we’re dealing with just isn’t acceptable.

According to research carried out by Ethex in 2017 and just recently in the UK government’s ‘Investing in a Better World: results of UK Survey on Financing the SDGs’ report 7 out of 10 people in the UK wanted their investments to protect people and the planet, yet few people currently have responsible and impactful investments. The main obstacles people raised were lack of awareness, financial knowledge and easily accessible products.

Ahead of the start of Good Money Week in the UK (5 – 11th October) and the next phase of protests planned by Extinction Rebellion (7 – 19 October) which are likely to focus on financial institutions in London, Ethex (one of the UK’s leading positive investment platforms) and several other experts including Ethical Screening, Energise Africa and Gower Power will be holding a fringe event at the forthcoming Green Party Conference at 9.00 – 10.15 am on Saturday 5th October.

If you’re struggling to figure out how you can make your money count then come along to this interactive event to find out more about what environmentally impactful financial products already exist, great information and online resources you can access to enable you to get started in using your money to protect people and the planet and what action you can take to drive change with the banks and pension providers that are lagging behind.

Ant Flannagan, Director of Gower Power Co-op will also be talking about the impact that hundreds of everyday people across the UK are having by investing in Gower Power – enabling them to put £1.5 million of renewable assets into community ownership, generate £2 million for a social impact fund to benefit the Swansea community, whilst targeting financial returns of 5% for investors.