The Common Agricutural Policy needs to work with the land, not against it

The Common Agricultural Policy (CAP) is one of the Europe Union’s flagship policies, which became famous—or infamous —under its previous iteration, for its subsidies for certain products that were overproduced, leading to the notorious wine lakes and butter mountains. This is still what many people think of when they think of the CAP. The new system does have improvements, such as the additional subsidies on offer for farmers who protect wildlife and flora. However, those improvements are merely mitigating measures added to a system that is structurally destructive and unfair.

There are two main reasons why the CAP is so biased against environment and equity. Firstly, since those who own more land have access to larger subsidies, it represents the very definition of an economically regressive policy. Even someone as right-wing as Dominic Cummings has criticised this, saying the EU’s agricultural subsidies “raise prices for the poor to subsidise rich farmers” – and indeed, the fact that Cummings himself received €235,000 in handouts from the CAP rather proves his point that the policy works to enrich those already rich.

Secondly, the CAP’s stipulation that the farmer is to keep land in “agricultural condition”, born out of the memory, on the part of the European Community’s founding members, of wartime shortages, is no longer sustainable. Earlier this month, a coalition of organisations representing more than 2,500 scientists and conservation experts blamed the CAP for the collapse in populations of birds and insects, which have fallen by up to 50% and up to 75% respectively in some areas. They said the CAP is “turning rural areas into green deserts of uninhabitable maximum-yield monocultures”, by facilitating intensive farming.

Europe’s approach to agriculture, in all its various forms since the 1950s, has been about maximising food production, and that has led us to the brink of mass extinction in the countryside. The incentives that give farmers additional subsidies if they set aside land for nature are simply add-ons, while the main focus and definition of the CAP remains to produce, produce, produce. That is what has to change.

There’s actually no need for this emphasis on maximising yields. You’d be forgiven for thinking we do need to grow more food, given that one in five children under 15 may live in hunger in the UK. That is a shocking figure that must be remedied, but you’d be quite wrong if you thought that it was due to a shortage of food. An estimated 10 million tonnes of food—worth more than £20 billion—is wasted each year in the UK alone. Everything conspires to encourage us to eat more than we need and for shops to sell more than we shall ever eat. Meanwhile the real reason why people in this country go hungry is the appalling inequality that divides the rich from the poor. This inequality is rooted in capitalism’s fake notion of what counts as a “just” distribution of resources.

Furthermore, massive amounts of land currently go to producing animal feed and for livestock production. The CAP encourages farmers to keep more livestock than their land can support, with disastrous consequences for the climate, not to mention animal welfare. A worthy project for the EU would be to undertake a massive campaign to reduce the amount of meat in diets across the continent. This would free up land which could be rewilded if we were to reduce our appetite for meat and dairy and move towards a more plant-based diet.

All in all, if we want sustainable agriculture, we have to take a more holistic approach: the newly revised CAP must stipulate the end of pesticide-heavy and intensive-farming methods; it must offer support for community-owned farms, market gardens in green belts round every town, and urban rooftop agriculture (which could be the future of food in cities). Let the new CAP be a vision for a food system that encourages people to work with each other and with the land, not against it. 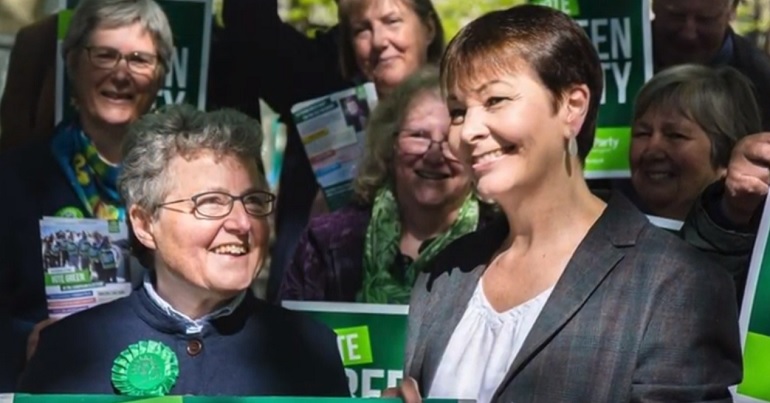 « US health corporations are already embedded in the NHS. The question is how to get them out.
Putting civil society at the heart of government »