As a descendant of Mizrahi and Yemeni Jewish communities, the Labour Party’s utter refusal to unequivocally defend the right of asylum, whilst often concurrently capitulating to far-right narratives on alleged wage suppression through migrants, pushed me in the early months of 2018 to join the Green Party of England and Wales. This was borne out of the fact that it was the only party in the country that was unapologetically pro-migrant, anti-racist and anti-fascist.

Sure, the Greens plays host to a range of NIMBY activists, who use and exploit fears of migrants to attract people to the climate movement (looking at you, Rupert Read). But I believed that they were a clear minority within the Party. The trend as I saw it was a predominantly white, middle-class Party that was asking serious questions of itself and was rapidly diversifying in order to compete more seriously in areas such as Sheffield, as well as across many boroughs of London. A party that was trying to understand BAME communities and ensure that their voice was a vital part of the movement.

With Jonathan Bartley’s comments last Friday night and the subsequent absence of wide condemnation from all wings of the party, our anti-racist credentials have begun to face serious questions.

It has revealed a level of subconscious intolerance and contempt towards the UK’s largest religious minority. During an interview with BBC North West, Jonathan Bartley was asked whether he would ever consider a ban on Halal meat. Without hesitation, he replied that he absolutely would. After being reminded by the presenter that this would be hugely discriminatory to a substantial proportion of the North West, he continued to dig himself into a hole, talking about how his personal faith had taught him to love animals. While he swiftly apologised, his apology made reference primarily to the fact that what he expressed was personal opinion – not party policy. No reference was made to the deep and disturbing social roots of the islamophobic idea that he had reproduced, and he gave little impression that he had confronted exactly how and why his words had been so harmful.

TellMAMA, a faith matters project, that records and monitors the development of anti-Muslim hate crime, reported a total of 2,963 hate incidents in 2018. An astonishing number that disproportionately affected women of the Muslim faith, though due to the nature of islamophobia, affected many others that are attributed racist characteristics to define them and their perceived “Muslimness”.

In times where those of the Muslim faith or alleged Muslim “appearance” are exposed to such societal vitriol and discrimination, it is unacceptable for the co-leader of the Green Party to submit to islamophobic and far right talking points. To suggest that Dhabihah (Halal slaughter) or Schechita (Kosher slaughter) are any less morally objectionable than the slaughter of any singular animal is playing into a far-right trope that sees “Muslim” culture as unenlightened and comparatively barbaric to the allegedly superior western one.

There are legitimate arguments for us to move towards a plant-based diet and for the state to play a role in reducing meat consumption across the board. It must also be recognised, however, that defending minority rights entails passionately defending the right to practice religion freely and absolutely.

The party’s general reaction to the whole fiasco has unfortunately not been very encouraging. After the initial apology and flurry of activity, it seems as if many in the party would like to bury the comments made and concentrate on the forthcoming election. A party of principle should immediately and definitively distance itself from the offensive, racist comments of the democratically elected co-leader of our party.

What is most deeply concerning is the blanket silence from official channels. It suggests that key Green activists either believe that they can ‘sit this one out’, or do not in principle disagree with the comments Mr Bartley has made. In the spirit of dedicated anti-racism, we should demand that further action is taken and that we lead by example in the fight against the greatest scourge of society. If we fail to do so, we may reveal in our party an institutional problem with deeper and more abiding roots than many of us had imagined, and an attitude which sees our anti-racist credentials as expendable.

I do not believe that most Green Party members think this way – but it is incumbent on all of us to be consistently anti-racist, and not merely when it is convenient. I therefore call upon those disillusioned by Jonathan’s comments to demand that the party respond unequivocally using its public channels, and to distance themselves from any form of islamophobia, expressing solidarity with all those offended.

A party that unwaveringly believes in defending the rights of refugees, scrapping the islamophobic “Prevent” programme, abolishing the Home Office, as well as countless other measures designed to protect the most vulnerable within society, is an ally in the fight for tolerance. It is time for all Green Party members to belligerently reclaim the anti-racist label and show society how it’s done.

Dan Kedem is a Green Party activist and independent anti-fascist campaigner currently based in London. 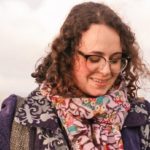