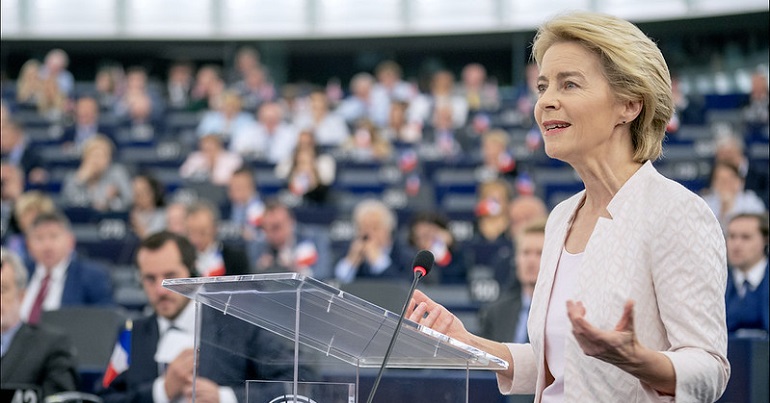 The European Commission has launched its proposals for a “Climate Pact” as part of the European Green Deal, an initiative – it claims – that “aims to engage citizens and communities in action for our climate and environment”. In reality, it seems to be an excuse to make real democratic engagement and accountability an add-on to the Green Deal, rather than those things being integral to the development of a real Green New Deal.

There is currently an online consultation by which people (at least those who have the privilege of having citizenship) can apparently feed in their ideas to the development of the “Climate Pact”. But in the main this only offers a pre-prepared set of weak policies that people can respond positively or negatively to, rather than actively involving people from the very start through participatory democracy. As if to demonstrate how little the Commission thinks of actual citizen engagement, citizens’ assemblies are mentioned in the consultation, but only as a means of raising awareness, not of developing policy. Meanwhile, fossil fuel and other corporate lobbyists have disproportionate access to Brussels.

Furthermore, people are not able to comment on the economic levers that the Commission is proposing to use to bring about the European Green Deal. For example, the Commission proposes extending the Emissions Trading Scheme (ETS). This has already been controversial for enriching companies through windfall profits as they traded off the carbon credits. The profits from this should not be allowed to go to private companies who may make a business purely out of trading carbon credits. Instead, it should be redistributed to community-led schemes that enhance the environment, or used directly by local governments to fund green infrastructure projects. Currently the ETS is seen as being part of the economic package of the European Green Deal, separate from the democratic engagement of the Climate Pact. We have to make such market mechanisms accountable to the public.

The Commission says in its proposals it aims to “ensure a just transition” but nowhere is this expanded on. In fact, the current proposal for the European Green Deal offers very little in the way of actual public investment: instead, it uses public money to guarantee private investment, ie: it leads to an expansion of private or corporate ownership of Green Deal projects. The Commission appears to play off “cost-effectiveness” against “the need for a just transition”. That takes a very narrow view of what constitutes cost-effectiveness (ie: corporate investments achieve) as it does not take into account the economic benefits a really just transition would deliver through reduced inequality, better health outcomes, and more innovation due to greater citizen participation.

Any measures designed to encourage decarbonisation also facilitate participatory democracy and promote the commons rather than just the market or the state. I am not necessarily suggesting that the EU or its Member States should own these projects instead. Rather, there is another way – collaborative community ownership, or the commons. Green Deal projects should encourage and facilitate such things as community energy schemes, community-led agriculture, and community transport, including by ensuring that regulatory frameworks facilitate such schemes. Again, this would mean that democracy is seen as integral to the formulation and delivery of Green Deal projects, rather than as an add-on.

Without such citizen engagement, there is a risk that decarbonisation policy could be seen as being imposed from Brussels, inspiring a backlash such as was seen with the Gilets Jaunes, which would be especially dangerous if exploited by far-right groups. The Green New Deal for Europe campaign has argued that Europe cannot decarbonise without democracy. If it is really to be a just transition and one that works, then citizens (and people who aren’t officially citizens, such as migrants) need to be not just be offered a consultation. The way forward must be built on collaborative models of both democracy and economics, ending the unaccountable power of fossil fuel corporations, and restoring the commons.

« The best and worst responses to the coronavirus crisis
Against Rent: Resource Guide »