We urgently need to decolonise the environmental movement 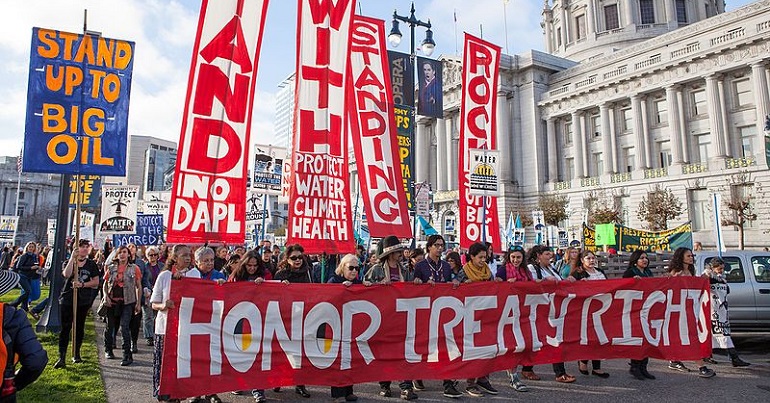 What do I mean when I call for the environmental movement to be decolonised? The phrase is often misused, but broadly it is a way of thinking about the world which takes colonialism, empire and racism as its object of study and examines the way in which these phenomena remain key shaping forces of the contemporary world. And it is exactly the treatment we should be giving the environmental movement.

Racism in the environmental movement is embedded in its very origins and can be still be seen today. Madison Grant, a prominent wildlife zoologist and conservationist who was integral to the creation of America’s national parks at the turn of the 20th century, also wrote the 1916 book “The Passing of the Great Race, or The Racial Bias of European History” a pseudo- scientific work of white supremacism that warns of the decline of the Nordic People. Hitler himself wrote Grant an admiring letter, calling the book “my bible”.

Today, whilst Grant’s repugnant views may not overtly appear in mainstream environment movements, remnants still abound. Some in the environmental movement continue to promote the discourse of overpopulation. The overpopulation argument places the ultimate blame for climate change on those who have actually been most disenfranchised by the structures that have fuelled climate change in the first place. It relies on the oversimplified logic that the real reason we’re facing a crisis of this scale that “all those poor black and brown people are just having too many babies”. It thus hides a more nefarious agenda, fuelled by the relics of Grant’s eugenics and racist thinking. Until we critically reflect on our stance on overpopulation arguments, we are implicitly continuing to support their racist ideas and let down, once again, the People of Colour in our movement.

Unsurprisingly, therefore, considering the movements murky history, People of Colour are vastly underrepresented in the green movement. A 2014 Green 2.0 report found that while People of Colour compromise 36% of the US population, they only account for 12% of the staff in US environmental organisations. Worryingly, a 2019 update found that diversity in the sector had declined in recent years. Environmental non-profits, historically, unlike other non-profits, have not had to account for the systematic imbalances that discrimination brings – like the fact that polluting facilities are more often located in communities of colour. This has helped shift the focus of discussion away from unfettered capitalist production, exacerbated by systematic inequalities, to dehumanised, marginalised communities who have limited capacity to deal with climatic disasters which displace and kill them indiscriminately.

We will fail to combat the catastrophic dangers facing our planet if we do not treat climate change as an intersectional issue. The only way we can begin to do that is by acknowledging and acting upon the unique experiences People of Colour have with the environment and the racist history of the environment movement.

To hear more about climate change, colonialism and capitalism, join the Young Greens and Asad Rehman, Executive Director of War on Want, for an online talk and Q&A at 8pm on April 27 to discuss where we start to tackle these issues.

This article is part of a series highlighting the forthcoming programme of talks and training hosted by the Young Greens of England and Wales. You can see the full programme here.