Care home privatisation: the destruction of what the NHS built 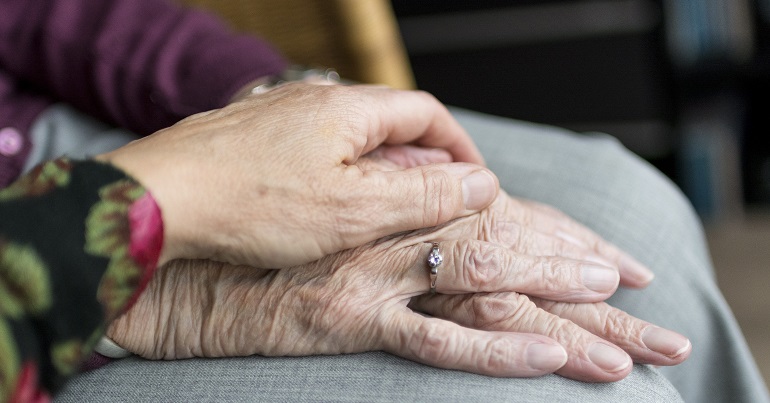 Last night the House of Lords debated a “regret” motion about “the lack of a long-term plan to ensure the financial sustainability of care homes”.

Such motions are part of the many constitutional oddities of our upper House, having no substantive impact, but being a rap over the knuckles for the government. When I came into the House last year I was told no department likes having it passed against it. Such are the tools of the UK’s semi-democracy.

But expressing regrets about decades of policy over care homes seemed unusually appropriate.

When you start looking into the history it is like an onion, the neglected one at the bottom of the sack – layers and layers of bad decisions made over decades that peel away leave a rotten centre of unmet need and human suffering.

I got interested in this issue in 2016, when I read the brilliant Centre for Research into Economic and Cultural Change (CRESC) report Where Does the Money Go? Financialised Chains and the Crisis of Care Homes on the financialisation of care homes, their treatment by often offshore based companies with complex structures, extracting returns of up to 12% annually while ensuring little or no tax is paid on the returns – often by loading the structures with debt. All of that to provide “care”, of a sort, for our most vulnerable and often frail citizens, the actual work being done by lowly paid, often insecurely employed staff treated with scant respect.

Subsequent events showed the wisdom and foresight of that report, as two of the “Big Five” operators lurched into debt crises. The operators went running to the government to complain that they could not afford modest increases in the minimum wage – and they all too often failed to pay even the legal minimum. There was no suggestion that they should cut the cash being taken out of the system, usually into tax havens.

Peeling back the layers of history shows how this was a situation allowed to develop over many decades.

The origins of privatisation

The starting point is the 1980s. After becoming a world leader in geriatric care through the NHS, the government began withdrawing from provision of care for older and disabled and vulnerable people, leaving it to charitable, and, increasingly, for-profit providers. Some involved in this move had good intentions – the principle was to allow people to live as independently as possible for as long as possible “in the community”, but the practical outcome was profit.

It’s almost been forgotten now that this was a product of a neoliberal revolution, one of the most massive, impactful, and profitable privatisations, the number of private residential home places increasing from 44,000 in 1982 to 164,000 in 1994.

It had the impact of shifting the costs of frailty, illness and disability from all of us, as shared through the state, so we jointly carry the risk, to individuals, something the Dilnot Report sought to continue.

The Blair and Brown governments did nothing to reverse this privatisation, indeed allowed or encouraged it to continue. As with other forms of privatisation, built on the pumping of public money into private hands.

Interestingly, last night in the Lords I was not the only peer noting this. Tory Lord Sheikh and non-affiliated former Tory Baroness Wheatcroft expressed concern about the hedge fund and private equity owners, and what they were taking out – for starters £1.5bn a year in rent, debt payments and fees, as did Lib Dems Baroness Tyler of Enfield and Baroness Sheehan.

Awareness of the issue is growing, perhaps because we’re now again in a situation with these major financialised operators complaining that the coronavirus has given them great financial difficulty, due to lower occupancy and costs for Personal Protective Equipment (even though most of the latter is being borne by local authorities).

This despite the fact that the workers in care homes (many of them migrants over whom always looms the horrors of the Home Office Hostile Environment) are doing a stupendous job under enormous pressures and difficulties, with inadequate PPE and Covid-19 testing, with residents disturbed by the loss of family contact and the immense difficulty of dealing with dying patients who cannot see their families.

It isn’t hard to imagine what David Lloyd George – architect of the foundation Old Age Pension Act and Liberal prime minister – who stated ‘How we treat our old people is a crucial test of our national quality” would think of the current situation.

We’re failing the Lloyd George test – for our elders and many other vulnerable citizens – very badly. 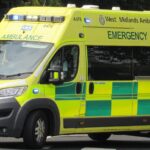 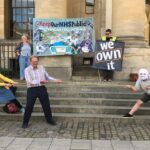