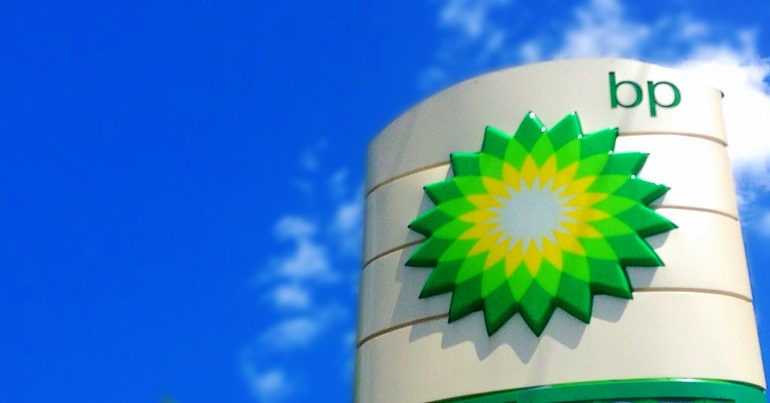 Fossil fuel giant BP last week made three announcements that resulted in downgrading £17.5bn off the value of its oil and gas assets – around 20% of its market capitalisation. To put this into context, this is roughly equivalent to the GDP of Mali.

BP dressed this up as the first stage of moving to a net-zero firm. However, BP has been here before and returning to these clothes obscures the crisis that faces the entire sector. A crisis they were warned about, are unprepared to face and, whatever the outcome, a crisis that will change our society.

Let’s starting with what BP announced last week. Firstly, it declared that it was downgrading it’s oil price predications to $55 a barrel from around $70 with no rise in price going forward, coupled with an announcement that it expected its long term carbon price to be $100 a tonne rather $40. It also issued hybrid bonds of $11.9bn – roughly the GDP of South Sudan – in order to cover restructuring, and possibly preserve some of the dividend it has paid to investors for nearly a century. Last year these dividends made up 8% of the dividend payments made for all FTSE 100 firms.

Amongst all this, BP also announced cuts of 10,000 jobs worldwide – the equivalent of 15% of its workforce.

BP’s value is largely driven by estimates of the amount of oil it holds in the ground, otherwise known as reserves. The value of the reserves depends on the price of the oil that can be extracted from it. Downgrading the oil price predications means BP believes oil demand to support a higher price is permanently lost. This means that a ton of projects that it has invested money in developing as assets are stranded, as the cost of extraction and development is far over the expected oil price. In this case BP projects in Angola, Argentina and the expensive and polluting Canadian tar sands, where the cost of extracting the oil is now above the expected price.

BP is merely recognising reality here. The oil price has recovered from it’s depths of April up to around $40 per barrel, but this merely reflects optimistic assumptions. To get to this stage OPEC+ had to take 10% of oil out of the market. It is questionable if the cartel has the discipline or capacity to maintain this level of cuts. Climate action and a second lockdown threaten to weaken demand further.

Other oil firms are more optimistic: Shell are expecting a price of $65 in 2025, Equidor $80, Eni $70. These are arguably in the realms of fantasy.

The debt BP is raising reflects a wider structural problem in the oil market. Carbon Tracker estimates that firms in the oil supply chain account for around half of corporate debt, or around $30 trillion. Again, for context – this is equivalent to around double the GDP of the European Union.

Moreover, the costs our oil addiction are becoming apparent. Bloomberg recently reported that US shale reserves may have been systematically overestimated. The cost of capping wells and decommissioning oil rigs may be several hundred times more than previously thought and extreme weather from climate change risks disaster for oil operations.

Back to the past: If only they could have known

Not only was the oil sector aware of the risk of climate change around thirty years ago they where aware of the risks of continued oil extraction. There was an entire divestment movement shouting the message. Indeed, current Young Green Co-Chair Rosie Rawle explicitly warned about the danger of investments in the Canadian tar sands back in 2012.

BP were aware of this, rebranding themselves as Beyond Petroleum and launching one of the early solar power arms. The effort was lacklustre.

However, under investor pressure they dropped even this approach after the Deepwater horizon disaster. BP continued to fund the fight against climate change initiatives spending $13 million on one Washington state ballot initiative in 2015.

But at least they are doing the right thing now?

The entire oil sector is weighed down with debt and stuck with practises that could doom our civilisation. Since BP was formed to plunder Persia it has been extracting oil. It is hard to turn that around, particularly in the needed timescale.

Debt burdens will mean it needs to continue to extract oil from developed assets for as long as possible – maximising value at the cost of humanity. Renewable energy investments still make up a vanishingly small proportion of capital spending for all oil majors (10% for European firms, 0.8% for international firms), despite what glossy adverts will have you believe.

A comprehensive assessment of oil major’s climate commitments by Carbon Tracker finds them inadequate even for  the net-zero by 2050 goal, still less to keep the planet within 2 degrees of warming, or a more survivable net 1.5 degrees.

Our economic system locks this in. BP was punished by investors for it’s flirtation with renewables, while Shell’s similar flutter last year led to the chief executive clarifying they were still committed to hydrocarbons as the core of their business, while announcing more share-buy backs to boost investor returns. Oil firms suggesting a move to renewables trade at a discount to those like Exxon that have doubled down on a hydrocarbon future.

BP cutting jobs while seeking to preserve it’s hallowed dividend payment is emblematic of the existential hole that it finds itself in. It is bound into a financial system that cares only for shareholder return regardless of the effect on firm, people or planet.

As a response to the crisis the UK and US governments have chosen to unconditionally bailout the oil sector. But, the oil sector cannot survive. Either it changes out of all recognition to a new world of climate justice, or it is swept away by the climate emergency. BP may claim that this time it has seen the light, but it has claimed the same before. The oil sector is carrying toxic baggage and the failure to reform a decade ago has only added to that. Dumping the baggage is now a challenge for us all.