When Bristol’s former lord mayor Cleo Lake entered the Green Party of England and Wales deputy leadership election, it appeared that the incumbent – Amelia Womack – faced a serious challenger. Politicians with national name recognition are hard to come by in the Green Party. But thanks – for the most part – to her work addressing Bristol’s legacy with slavery, Lake is among the few who do have that profile.

Despite this, the lack of regular media coverage the Green Party receives – and crucially media coverage that profiles a range of Green voices – the party membership en masse were still light on Lake’s politics, values and personality. That was at least before the near countless hustings members have experienced over the past month.

And it is at those hustings that Lake’s campaign has come to life, where she’s demonstrated an unconventional approach to politics. This was never clearer than in the Young Greens deputy leadership hustings. Here, she opted to eschew a closing speech, choosing instead to recite a poem.

This artistic streak was alive and well when Bright Green spoke to Lake about her leadership bid.

From the off, her responses to questions are laden with metaphor. It is immediately clear that this will be far from a typical political interview. Responding to the bland opening of ‘why do you want to be deputy leader’, she proclaims:

I want to go out for England and Wales under the banners of the St George’s cross and the dragon to [slay] all the enemies that dare stand in the path of equal rights and justice!

While that might have been said with a tongue in a cheek, the patterns of her speaking throughout the rest of her answer remain rhythmic and poetic. She explains her reason for standing as wanting to “inspire a movement” that will take head on the challenges posed by the “catastrophe of climate change” and “address the pandemic that is poverty”.

Even through the fuzzy sounds of a Zoom call, the passion running throughout her diction is stark. Declaring that “we need change”, Lake argues that she is best placed to do this, by virtue of her view that the party needs leaders:

These themes run throughout our conversation. Justice and diversity are central to Lake’s pitch. As she puts it, the party has been known to “talk a very good game” on these issues, but there is still more to be done. In particular, she questions whether the party is doing the best it can on putting forward working class people and people of colour to public facing positions. Reflecting on the 2019 general election, she asks:

who was standing in some of our most diverse boroughs in London? Was it people of colour? Was it working class people?

She even goes as far as to say failing to field candidates who are either from these backgrounds or else who are embedded in “grassroots activism”, the party is “wasting our time”:

If they’re not at the forefront of standing in our target [seats], in diverse areas […] then we’re wasting our time!

Her criticism of the party’s 2019 general election campaign doesn’t stop there. Whereas Sian Berry and Jonathan Bartley described that campaign as “undoubtedly a success”, Lake has a different view. When pushed on what she thought of the party’s efforts, she mockingly retorts “remind me of how many MPs we got elected”, before branding the campaign “a failure”, “plain and simple”.

Greens at the forefront of fighting colonialism

But away from conversations about December’s election, she speaks highly of her fellow Greens and their successes. She describes former MEPs Magid Magid and Molly Scott Cato as “brilliant” and “very clued up” respectively. Sheffield councillor Kaltum Rivers is named as one of her favourite Greens by virtue of being someone who “crosses the line” between being an elected politician and a grassroots activist.

And she praises Scott Ainslie who recently successfully passed a motion at Lambeth Borough Council – making it the first to call for reparations for slavery, saying he has been “instrumental” in the movement demanding the UK addresses its colonial legacy. Lake herself has been a key player in this too. In 2018, she removed the portrait of slave trader Edward Colston from the lord mayor’s office in Bristol in a move that would prefigure the recent toppling of his statue.

According to Lake, it is Greens – like Ainslie – that are at present at the forefront of these moves:

I think that we are leading in terms of political parties at the moment on this agenda. Let’s acknowledge that much of this also came from perhaps the mid-90s with amazing politicians like Bernie Grant, for example. But in a contemporary movement what we should also acknowledge is that this has come about because as Greens we have collaborated with grassroots movements who have been at the forefront of driving this agenda.

Working with the grassroots

On this latter point – working with people on the ground campaigning on issues – Lake sees this as important for the Greens to do now and in the future. Continuing on the issue of decolonisation, Lake talks of the way Green politicians have worked as a “partnership” with activists:

We haven’t plucked it out of the air. We’ve worked in partnership and I think that is an important thing to learn and build on – that we work with the leading campaigners on certain issues so that we can better support them and better drive through these changes

This approach to politics, of working closely and in solidarity with social movements and organisers bleeds through to her analysis of the role of trade unions in Green politics too. For Lake, relationships with trade unions “have to be prioritised”,  and “have to improve”. She says the trade union liaison officer on the Green Party Executive is “absolutely crucial”, wanting to work with them “very closely”. In this regard, she talks not only about this being important in ensuring the Green Party brings working class people with them, but also about the synergy of interests – highlighting that work on the Green New Deal has been “driven by some of our unions”.

This is all a part of what Lake sees as being a bigger strategy for winning back voters who have left the Greens for Labour since 2015. She claims to be “seeing people switch already”, and that they are realising that despite the aberration of Jeremy Corbyn “it really is still New Labour”. And in addition to strengthening relationships with trade unions, she sees ensuring the Greens remain a strong left wing voice is important in winning these voters back:

we need to stand firm in being obviously on the left. That is what our ethos should be. And we should continue to be the anti-austerity party.

Throughout our conversation, Lake doesn’t only speak in the kind of poetic and metaphorical language described earlier. She also speaks in vivid and colourful stories. She speaks about her upbringing and being “surrounded by diversity in it’s widest sense”. She talks of her work as a mentor of young people and bringing people together with opposing views on LGBTIQA+ rights, or of her mother – “all of her friends were gay men” – and how her father who “for all intents and purposes – he was homophobic” learnt to get along with those same friends.

This storytelling is something of a gift. It’s a very effective way of conveying messages in a human, relatable way.

The flipside of this is that, at times, the level of detail lying behind her vision for the party is somewhat thin. The ideas are there, the narrative is there, the metaphors that bring things to life are there, the storytelling is there, the passion is there. All of these are quite crucial qualities of leadership.

But the question is if she were to emerge as deputy leader after votes close at the end of August, is enough depth and detail there to hold up to the kind of intense scrutiny politicians with a national profile routinely face?

This is the fourth in a series of interviews with the candidates for the deputy leadership of the Green Party. In addition to these interviews, we also hosted a hustings for candidates on July 20, a recording of which you can watch here. 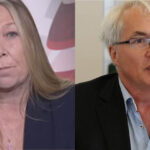 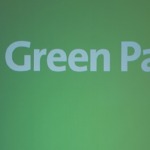 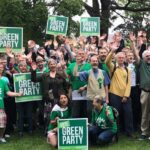 ‘Credibility’ won’t be enough for the Green Party to deliver