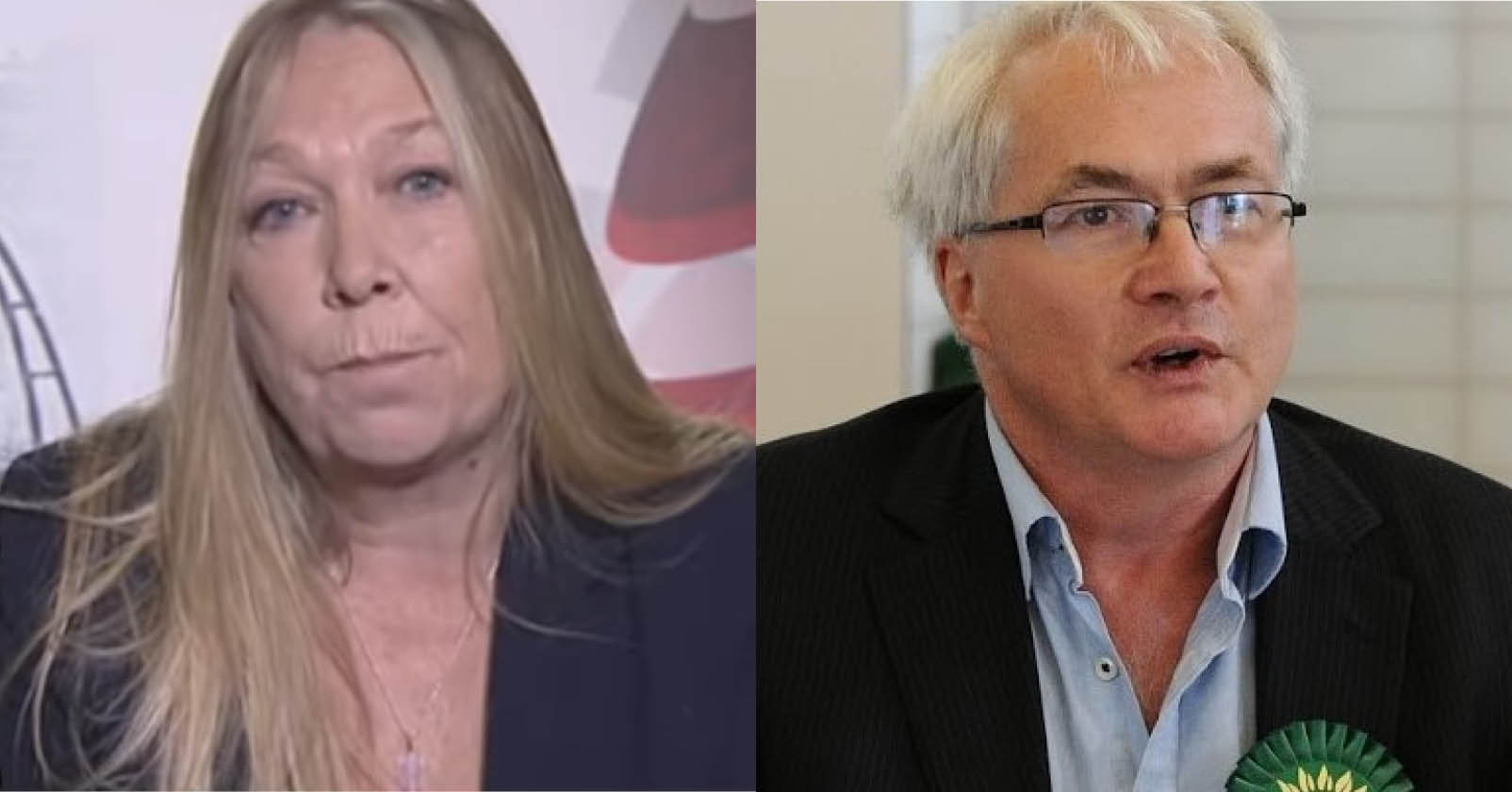 Jonathan Bartley’s resignation as co-leader of the Green Party of England and Wales has triggered a leadership by-election. And this week, the first candidate has thrown their hat in the ring. Tina Rothery and Martin Hemingway have announced they are running for the top job on a joint co-leadership ticket.

Rothery is a familiar face for Greens. She came to prominence as an anti fracking campaigner in Lancashire and co-founded the infamous anti-fracking nanas group. Rothery has been a continuous voice both locally and nationally in the battle against the shale gas industry. She also stood in the 2015 general election in the Tatton constituency, and in the 2017 general election in Fylde.

Meanwhile, Hemingway is best known to Greens as a member of the party’s standing orders committee – the body which interprets the party’s constitution and sets the order of motions at conference. Hemingway also previously served 12 years as a Labour Councillor in Leeds. After switching to the Greens in opposition to the Iraq War, he was the party’s lead candidate in the 2009 European elections for the Yorkshire and the Humber region.

In their statement announcing their candidacy, Rothery and Hemingway said one of their two primary foci if elected would be “bringing the Green Party together”. They pledged to do this through “exploring the ways to deal with the issues that divide us” and “ensuring a culture of openness and productive engagement with one another”.

Making a pitch the party’s more environmentalist wing, the pair’s other key commitment is to address what they describe as the “core concerns of the Green movement and the Green Party”. In doing so, they said they would focus on “campaigning to protect the health of our home, the earth”, and to get more Greens elected in local government and in parliament.

At present, Rothery and Hemingway are the only candidates to have announced their candidacy. However, other prominent figures in the party have confirmed they won’t be putting their names forward.

Incumbent Sian Berry won’t be standing, having claimed that there is an “inconsistency” between the party’s policy as well as her own views that are in support of trans rights, and the party’s “choice of frontbench representatives”.

Meanwhile, Berry’s primary challenger in the 2020 leadership contest – Rosi Sexton – also ruled herself out. Sexton said “I’m not the right person for the party at this point in its history”.

Other major players in the 2020 leader and deputy elections are yet to indicate whether they’ll be standing this time around. Shahrar Ali, Amelia Womack and Cleo Lake are all yet to declare publicly whether they intend to stand. Ali – a former deputy leader of the party – came third in the 2020 leadership contest. Womack is currently mid way through her fourth two year term as the party’s deputy. And Lake – a former Lord Mayor of Bristol – came a close second in the 2020 deputy leadership race.

A timetable for this year’s leadership by-election has yet to be announced.

« Drax and the biomass industry are “obstructing climate action”
Why are Labour and the Tories joining forces to undermine active travel in Brighton & Hove? »