Why are Labour and the Tories joining forces to undermine active travel in Brighton & Hove?

Despite previous commitments to tackling the climate crisis, Labour and the Conservatives in Brighton and Hove voted together to scrap Old Shoreham Road cycle lane this week. This was a temporary scheme, funded by the Conservative government and delivered when Labour ran Brighton & Hove City Council last year.

I am incredibly disappointed in their actions. We had expected Labour Councillors in particular to stick to their principles about protecting future generations and the Road Danger Reduction Strategy they voted for, which calls for all routes to be considered from the perspective of the most vulnerable road user.

This is nothing new. Across the country councils are receiving backlash and our neighbours in West Sussex tore out a lane on the same road. They’ve since been told they won’t receive any future funding.

We’ve also heard loud and clear that there are a lot of residents who simply would rather there was no lane on Old Shoreham Road at all. However the consultation data clearly shows – as well as statistics from the government’s own Department of Transport – that the shift to cycling and walking is happening on the route. Opponents to the route have argued people who choose to cycle rather than drive cause congestion, even though there’s study after study showing that simply isn’t the case. Unfortunately, there’s no time left to continue dialogue with people about this. Instead of improvements being made to enhance the lane and make it work better for all road users, it’s simply being scrapped.

Improvements to existing infrastructure will make it better for all

We know all Councillors have been written to extensively on the topic. Listening to the emails received from parents of schoolchildren who use the route, those who voted to remove the route said they were tempted to consider the needs of children. Sadly they didn’t feel enough children or schools had been able to respond to the consultation during the third wave post-Christmas lockdown. For this reason the Green Party Councillors looked to the outcomes of our climate assembly and youth assembly, as well as youth stakeholder workshops to provide the perspective of children and young people.

It’s good that all Councillors acknowledged the consultation is not a referendum. Which makes it difficult to understand why then in the same breath some decided to make a referendum all of their own, by laying down a proposal to ignore improvements and just jettison the lane altogether – something the consultation never considered.

Labour’s position centres around the idea that school children could be assisted by the route being ripped out and replaced by a lane on two nearby roads – Church Road or Portland Road.

Residents on these routes deserve a cycle lane too. But it won’t solve the problem of this major school route. People have gone to great lengths to share maps and written deputations to highlight that these routes don’t connect children to the many schools on Old Shoreham Road. The data shows that 39.5% respondents who travel along the road have already started ditching the car and traversing it by bike instead. That fantastic progress is now going to be cast aside.

The suggestion that the existing cycle lane be scrapped in favour of a different cycle lane on Church Road or Portland Road has come with the demand it be put in place ‘ASAP,’ – which is of deep concern to many . There are over 300 parking bays, including disabled, loading and waiting bays on Portland road alone – and over 15 bus stops.

Noise is already building – as Labour Councillors have proposed an entirely separate other route has a new lane without explaining how it will work – with some residents reported saying they don’t want a lane there.

These roads are also already in the local cycling and walking infrastructure plan. This is good news – as it means they will be explored and developed carefully, and implemented to take into consideration their many features.

Yet Labour are calling for these lanes to go in ‘ASAP’ – somehow missing all the lessons of the overnight installation of the Old Shoreham Road. We shouldn’t be putting in lanes anywhere immediately. We should be proceeding carefully and getting it right.

Why we need to act

Flying in the face of progress, it’s clear that neither Labour nor Tories want to see improvements to existing cycle infrastructure. They just want cycle lanes where there is the least noise.

But with the climate emergency upon us, residents shocked and appalled as well as pleased (depending on who you talk to) that a lane people already use is being torn out – plus a climate assembly that asked among many things to ‘prioritise walking and cycling over cars,’ – the noise is unlikely to ‘cease.’

People have woken up to the urgency of active travel and that this does mean change; and this means careful conversations with residents, and listening to a series of feedback; from the consultation, to deputations, to emails, to questions, to the climate assembly, to the youth climate assembly; to stakeholder workshops – all of them, not one in isolation. This does make the task of finding a ‘smoking gun’ – an unequivocal answer on a particular route – more difficult – but it’s far better to take a balanced view.

Conservative Prime Minister Boris Johnson has said it is his vision and the vision of the Conservative Party that every short journey is made by bike by those who can. Social media noise has told me that if Greens said that, it would be branded ‘radical or cultist.’ Yet local Conservatives don’t follow their own Prime Minister’s line of reasoning (at least on this – we have sympathy with not following his reasoning on most things).

Labour Party members up and down the country are expressing shock at the decision taken by their local colleagues – particularly those who held their nerve against oppositional noise in other areas. We know periods of change are difficult and things could be done better. So we’re hedging our bets on the side of progress, of climate action, of better air quality, of safe routes to school for all of our children. For some reason, locally Labour and Conservative councillors – who cycle and drive themselves – don’t share this vision for residents on the Old Shoreham Road. While this is just one lane, residents are rightly worried about what this says overall.

So what’s next for active travel? Of course when the report comes back, we will make the argument again that great progress can be made to improve the Old Shoreham Road – the junctions, at Olive Road, for example; the signage, the pedestrian crossings.

We’ll press ahead with really positive improvements in other areas of the city that we’ve also had additional funding to improve. Improvements, incidentally, that were welcomed months ago by the Tories only to be opposed this week. We’ll try to finally connect up areas of the city where the cycle lane just stops – including heading to Preston Park. We’ve also got exciting plans underway to develop pilot low traffic neighbourhoods, school streets, access to nature and our local cycling and walking infrastructure plan.

Most importantly, we’ll raise our voice, each and every time, for the quiet majority, not the loud minority. For children and young people who depend on forthright decisions being made about their future, on safe walking and cycling routes for them to get to and from school or college. 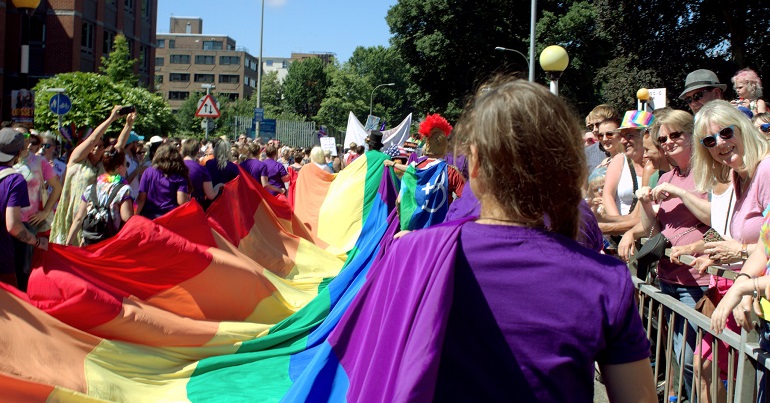