Why Greens should be learning from Leninism 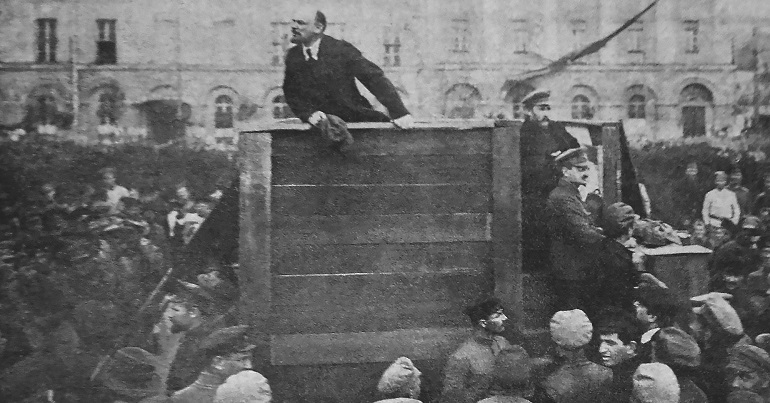 Nina Simone discussing her early life and friendships noted, “We never talked about men or clothes. It was always Marx, Lenin or Revolution – real girls’ talk”.

Do Greens talk about Marx, Lenin or Revolution? I am not sure. When I mentioned that I was going to write something about Green Leninism, Rob Bryher, a former Bristol Green Party councillor, said the concept made him laugh. As an ex-Green Party member, I don’t have my finger on the pulse of internal Green Party debate but green or ecological Leninism seems to be popping up in many discussions. The Swedish ecosocialist and academic Andreas Malm has proclaimed that ‘it is time to try out ecological Leninism’. A variety of revolutionary groups are discussing climate change in terms of Lenin’s work on imperialism. Typically RedFightback, which includes former members of the Green Party notes that the emerging conflict between the USA and China means that analysis of climate crisis without a rejection of imperialist war is inadequate. Analysing Extinction Rebellion they also observed:

The practical importance of the communist approach to the environmental crisis is marked by the absence of imperialism from Extinction Rebellion’s ‑ the organisation – analysis. This evident when considering war. As imperialism is reliant upon the exploitation of the oppressed world, it necessarily enforces its domination by means of military force. If we are to tackle the environmental crisis, then we must also address the system of global exploitation which necessitates this brutal violence. This is contained in a simple fact: the US military is the largest polluter on the face of the earth.

Oscar Berglund, a Bristol based academic and co-author of a new book on Extinction Rebellion, argues that a more Leninist technique is part of the XR brand. By this, he means that more horizontal anarchic approaches of movements like Occupy is making way for one based upon a clear plan for movement building and political change

Lenin, it has been argued, was a passionate advocate of conservation, and established a network of national parks. While both Stalin and Trotsky have been criticised by environmentalists, Lenin’s love of hiking and country pursuits apparently aligns him with the green movement. Controversy about what went right and wrong about Soviet environmentalism is a wider discussion; while it is important, I don’t think that it is core to any of the varied discussions of Green Leninism emerging at present.

Quite what we mean by Leninism, let alone how it relates or not to the climate crisis, is also a big topic. Lenin is best known for his model of the vanguard political party, a disciplined, almost military machine. The general assumption from supporters is that this was an effective instrument for making revolution; by opponents, it is criticised as authoritarian and violent. There have been plenty of dogmatic, dull and even frankly abusive examples of parties claiming to follow Lenin. The recent biographical account by Clare Cowan of the Workers Revolutionary Party, while extreme, is instructive in this regard.

However political parties that abuse their members or engage in other unethical practice are depressingly common across the political spectrum. Lenin was also keen to argue that the Bolsheviks existed in a particular historical context; with secret police trying to smash up any political organisation on the left in Tsarist Russia, a centralised party model was championed. There are good discussions of the relationship between Lenin’s thought and both more democratic and more restrictive models of organisation. Lenin’s Political Thought: Theory and Practice in the Democratic and Socialist Revolutions by Neil Harding is my favourite, everything you ever wanted to know about Lenin in concise prose.

A good starting point for green Leninism is Kali Akuno’s discussion of the concept. Kali Aukuno, a Mississippi based ecosocialist, argues that ‘Lenin is still one of the geniuses that the movements has produced’. He notes that while we can learn a lot from varied political traditions, and while Lenin was far from infallible, he posed the question of how we make political change in a particular context. Lenin too noted that the rich and powerful will never give up their wealth and power without a fight. Kali Akuno’s discussion, significantly posted on an anarchist website, is fascinating.

Climate change isn’t just the product of bad people doing bad things, ready to be replaced by good people doing good things, but a product of capitalism. Capitalism in its need for profit and growth tends to degrade the environment. Marx’s discussions of ecological crisis are becoming better known. However Lenin’s politics took things further. For all that went right and wrong with Leninism, he looked at how to make systematic change in a particular context. At a minimum, all of us concerned with the climate crisis need to become more strategic, and as one of the most important political thinkers to emphasise strategy, we might do well to examine his thought.

The context in 2021 is very different from that of 1917, but Lenin’s razor sharp focus on context, along with his dictum that “Without a revolutionary theory there can be no revolutionary movement“, make him worthy of detailed investigation. Nina Simone discussed Marx, Lenin and revolution, so should we, especially as temperatures are rising.

Why the left needs the Green Party

« Activists demand #PeacocksPayUp in global call of action
Our education system needs to be rebuilt, with wellbeing at its heart »