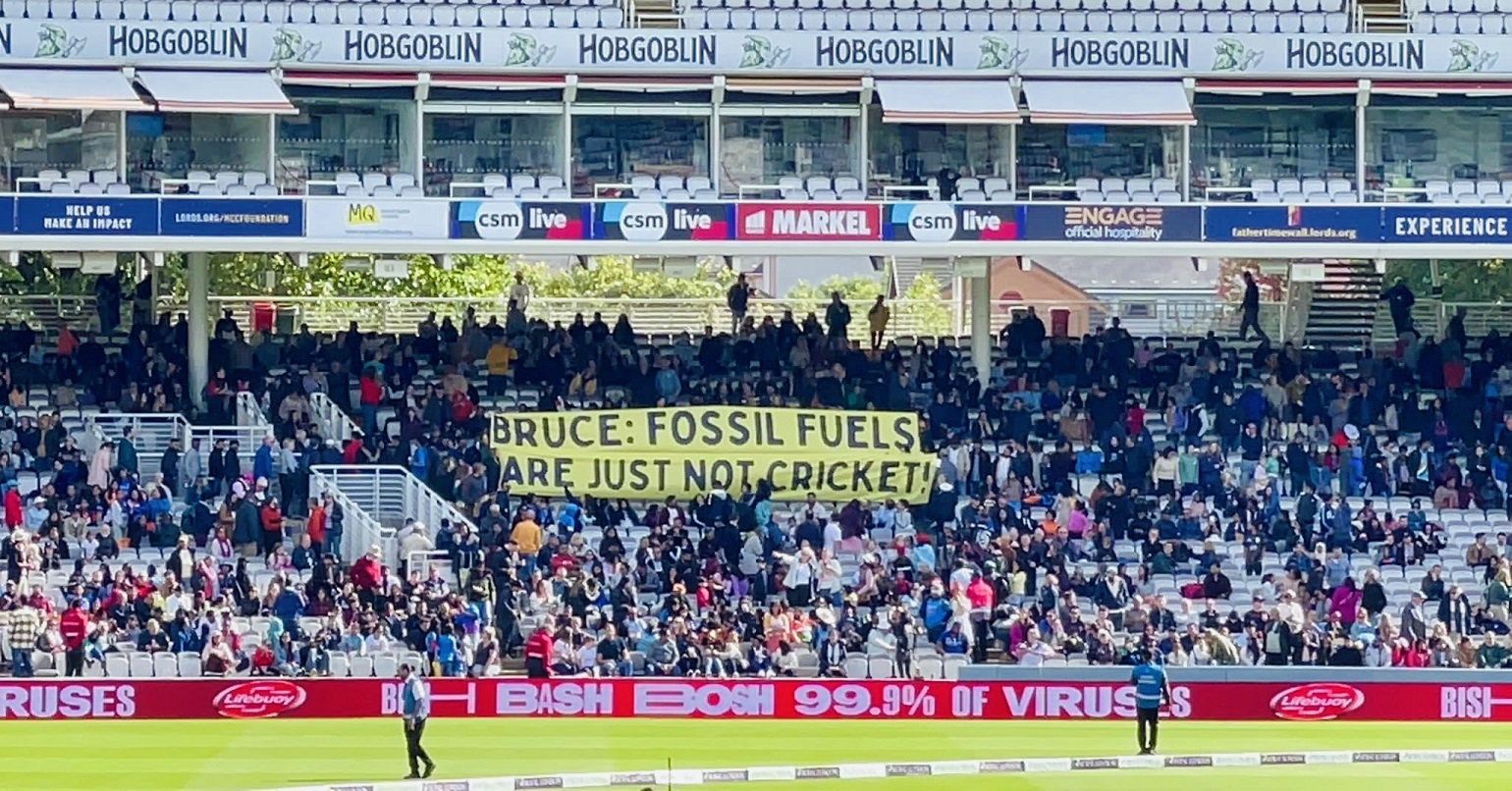 A group of mothers staged a protest at Lord’s cricket ground yesterday. The campaigns unfurled a 9-metre wide banner reading “Bruce: Fossil Fuels are just not cricket” during a women’s one day international match between England and India. The Bruce in question is Bruce Carnegie-Brown who is Chair of Marylebone Cricket Club and also of Lloyd’s of London – one the world’s largest insurers of fossil fuels.

The banner protest was part of a weekend of cricket-themed action coordinated by the climate campaign group Mothers Rise Up. On Friday the group staged a mock cricket match – complete with a giant wicket and cricket ball – outside Lloyd’s of London’s HQ in London.

Maya Mailer, spokesperson for Mothers Rise Up who took part in the action with her family said, “Fossil fuels are wrecking the climate, the lives of millions of people around the globe, and our children’s future. Many cricketing nations are already feeling the impact with devastating floods in Pakistan and Australia and crippling heat waves in India and the UK. Cricket will be one of the worst affected sports. Lloyds must stop insuring fossil fuel projects that will lock in catastrophic global heating of more than 1.5C. Bruce Carnegie-Brown must go out to bat for our children – and for cricket – by issuing clear guidance to all Lloyd’s members that they must immediately stop insuring new coal, oil and gas projects”.

A report by the Climate Coalition found that cricket will be the sport that is hardest hit by climate change. Wetter summers will disrupt matches in the UK and cricketers will be exposed to dangerously high temperatures in countries such as Australia and India.

Campaigners have criticised Lloyd’s of London for its continued insuring of fossil fuel infrastructure, and its refusal to rule out insuring major projects such as the East African Crude Oil Pipeline and the Trans Mountain Pipeline in Canada.