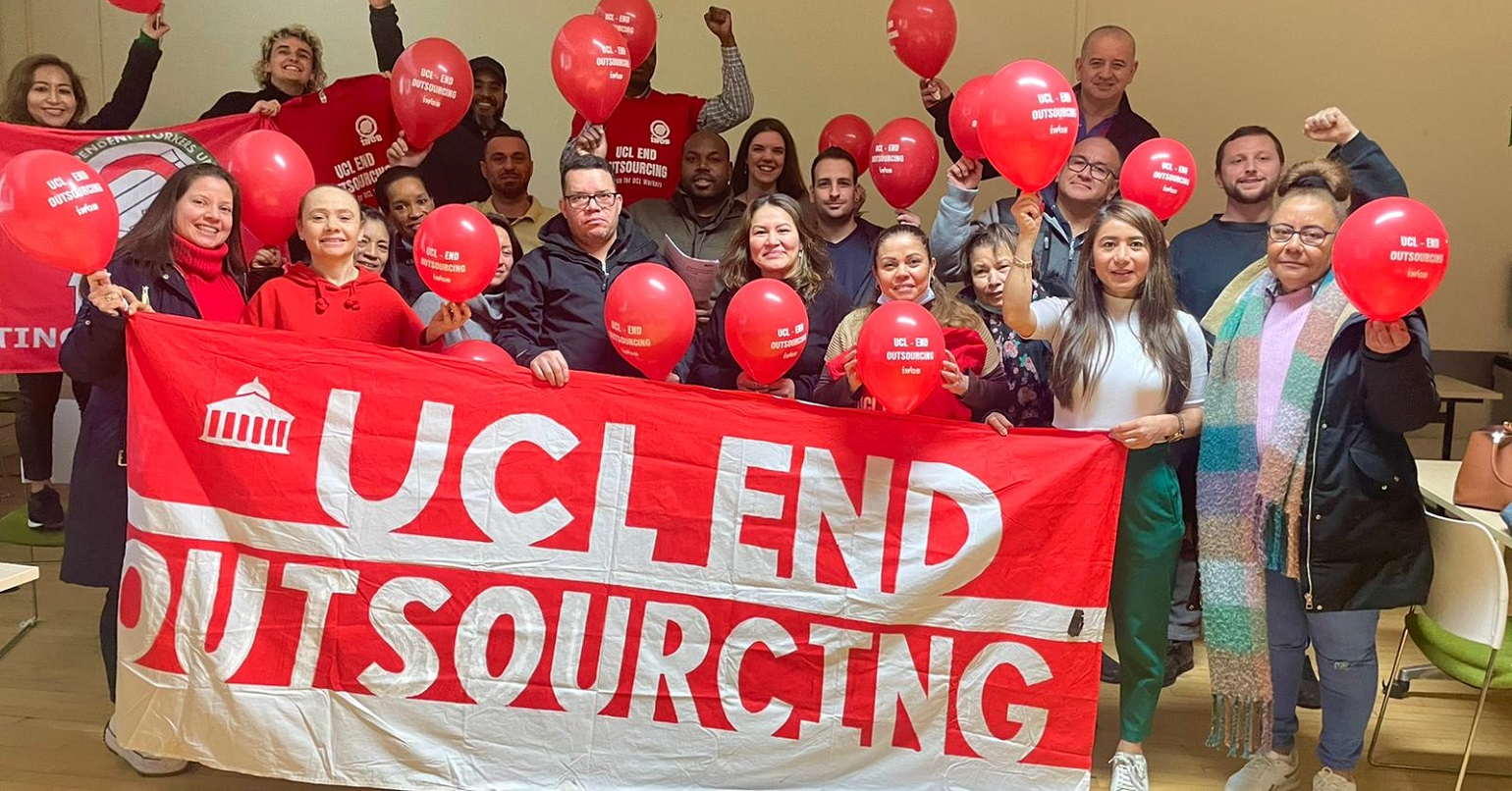 Outsourced security staff working at University College London (UCL) have voted unanimously to take strike action over pay and union recognition. The workers are represented by the Independent Workers’ Union of Great Britain (IWGB) and have been campaigning to be brought in house since May.

The security staff are set to go on strike in order to secure a pay rise to £15 per hour and are seeking a series of other improvements to their conditions. The IWGB claims that the university’s contractor Bidvest Noonan has failed to pay correct pension contributions and has overseen payroll errors. According to the IWGB, both UCL and Bidvest Noonan have both rejected requests for voluntary union recognition.

In 2019, outsourced workers took strike action over discrepancies in employment practices with outsourced workers not experiencing the  same rights as directly employed colleagues, including inferior sick pay, holiday, and pension entitlements. That campaign was successful, with the workers winning parity of terms and conditions with in-house staff.

However, despite university management stating publicly in 2019 that it would review the outsourcing model which workers claim drives inequalities in the workforce, the IWGB asserts that no action has been taken to bring workers in-house.

Farhana Uddin, a security officer at UCL, said: “I have worked at UCL for six years in this job and I’ve seen subcontractor after subcontractor trying to cut hours and cut corners wherever they can. I had to get two payday loans just to support my family after the most recent subcontractor failed month after month to pay me my legal entitlement on time. We deserve better than this. We deserve to be treated like the vital workforce that we are and we deserve a dignified wage that we can support ourselves on.”

Henry Chango Lopez, General Secretary (IWGB), said, “UCL is currently overseeing a real-terms pay cut to its hard working security staff during a cost of living crisis, on account of spiralling inflation. By itself, this is unacceptable, but it is all the more outrageous given that the university paid this workforce £15/hour before outsourcing was introduced decades ago. In 2019, these majority-BAME and migrant workers were forced to campaign and strike, just to be treated equally with directly employed staff at the University. Once again, they are being forced to strike in order to end the ongoing exploitation that results from the university’s two-tier system of employment. The workers are united, having voted unanimously to take strike action, and they are determined to win. UCL can end this dispute whenever it wants, by recognising the IWGB, paying its key workers the wages they have always deserved, and bringing them in-house.”

UCL has given a below-inflation pay increase to security staff of between 5 and 6 percent – well below the current rate of inflation. This summer, other unions rejected this pay offer. Alongside IWGB, UNISON is also balloting workers at universities nationally over strike action.