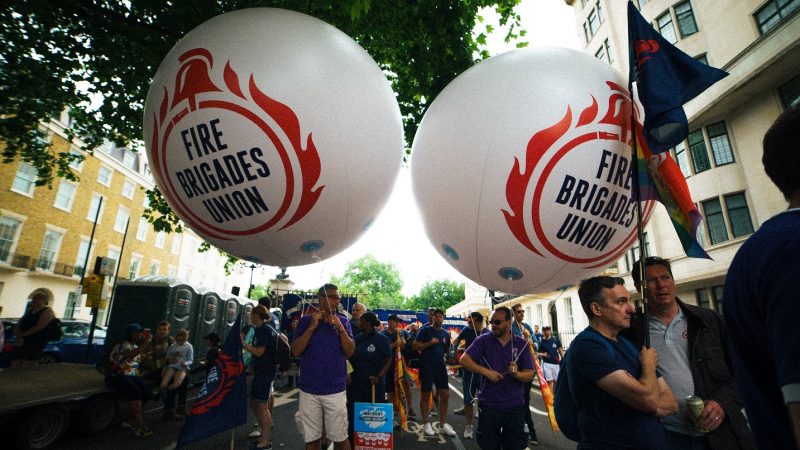 Firefighters and control staff are set to be balloted for strike action in an ongoing dispute over pay. The move towards balloting for a strike comes after a consultative ballot of members of the Fire Brigades Union (FBU) rejected a pay offer equivalent to a 5 per cent pay rise.

79 per cent of FBU members voted to reject the offer on a turnout of 78 per cent. The FBU’s executive council will decide on the next steps in the dispute and the union has stated that it will be moving to ballot for strike action.

Matt Wrack, the general secretary of the FBU said, “FBU members have spoken. This result, on a two week turnaround, shows that there is remarkable strength of feeling amongst firefighters and control staff on this derisory pay offer. The ball is in the employers’ and government’s court. There is still an opportunity to resolve this dispute and we will be writing to Fire Ministers and government departments across the UK requesting urgent meetings.

“We have firefighters using foodbanks. Our members worked through the pandemic to help protect their communities, taking on extra duties to do so. A further real-terms pay cuts is an absolutely disgusting way to thank them. Whilst strike action is always a last resort, our members simply can’t go on like this.”

“Whilst government is not directly responsible for pay negotiations it directly provides a significant proportion of the funding for fire and rescue services across the country.

The FBU had already announced its intention to ballot for strike action earlier this year. That was in response to a below-inflation pay offer of 2 per cent. Following this, the employers returned with an improved offer of 5 per cent, which has now been rejected by the union, leading to the now forthcoming strike ballot.

« Strike dates: Sixth form teachers in England to go on strike from November 30
We’re finally set to get an announcement from the government on methane »